How accepting my homosexuality made me more pro-life 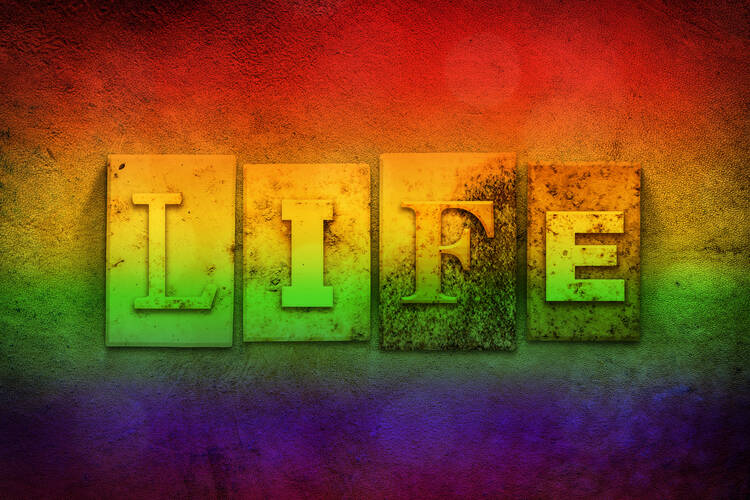 Pro-life and L.G.B.T. advocates often find themselves at odds, both within the church and the wider society. Pro-life advocates look at high abortion rates and the devaluation of preborn life and decry the ways in which the sexual revolution gave rise to what St. John Paul II called the “culture of death.” L.G.B.T. advocates see a pro-life movement that is skeptical of the liberal sexual norms that allowed them to come out of the closet and are repelled by people they imagine would force them back into it. With some notable exceptions, the most well-known pro-life advocates have opposed L.G.B.T. rights, and the most well-known L.G.B.T. advocates have opposed the protection of preborn life.

This divide lurks at the back of many a Catholic mind as our church considers how to treat L.G.B.T. people with compassion, sensitivity and respect. Many Catholics see a person’s beliefs about abortion as a litmus test that can gauge whether or not someone is a serious Christian. Many fear that a church that saw some good in the liberation of L.G.B.T. people over the last 50 years soon could be transformed by other liberal political causes and would therefore abandon our pro-life commitment. They have a point. Other Christian denominations have seen some correlation between the celebration of L.G.B.T. rights and an increasing indifference to the lives of the preborn.

But it need not be this way. I am a practicing Catholic and a young person who is deeply committed to the pro-life cause. I helped lead my college pro-life club, I consider life issues pre-eminent when I vote, and I make monthly donations to a recovery house for women with drug addictions. I teach in a Catholic school. I am also gay. My Catholic-inspired belief in the sanctity of all human life has played a key role in how I have gradually come to accept my sexuality, and accepting my sexuality has in turn strengthened my pro-life convictions.

My belief in the sanctity of human life was supported by my own struggle to accept myself as a gay person. I never wanted to be gay. When the feelings first came, I found ways to dismiss them as just part of a phase—and a shameful one at that. When that phase did not end, I dated girls, trying to will myself into straightness, or what I thought was normalcy. I remember my first thought after my first real kiss with my first real girlfriend: “Thank God I’m not gay.”

I grew up in a somewhat chaotic family, one with blue-collar values, issues with alcohol and drugs and varying levels of commitment to Catholicism. Faced with fighting, divorce and general instability, I found emotional refuge in a mostly online version Catholicism that emphasized traditional liturgy, the pro-life cause and a comfortingly old-fashioned, seemingly stable mode of family life.

Though I grew up in the 1990s, I looked back through rose-colored glasses to the 1950s, a time before the Second Vatican Council and the sexual revolution, when it seemed like things were stable and happy for everyone. My own experience leads me to think that the youthful “Rad Trad” movement includes many young people like myself, people who are looking to latch onto something that appears stable, beautiful and time-tested.

My belief in the sanctity of human life was supported by my own struggle to accept myself as a gay person.

I remember thinking how much I would like to be a father one day. I would work hard, take care of my kids and live a life of service to God and my neighbor. Stable, good, bourgeois fatherhood was the goal, and any feeling of attraction to my fellow teenage boys was something that stood in its way. I accepted that I had been cursed with some gay feelings but thought that I could ignore them and really lean into loving a young woman as a friend and recognizing her objective beauty. That would make me straight, I hoped, and it would mean I would not have to drop the vision of what I wanted my life to be.

I see a similar devotion to a vision of what life must be in my pro-choice friends, particularly the well-educated 20-somethings in my social group. Their life plans for their 20s and 30s are similarly specific: career success, meaningful off-hours activities and the opportunity to search widely for the perfect partner, with whom they will eventually have the perfectly planned family.

Though it is somewhat constraining, there is much good in this vision of life, just as there is in the stable fatherhood that I wanted so badly. So when something comes up unexpectedly and upsets those plans, it is no surprise that many people have the same instinctual, fearful response: Eliminate the obstacle. Get rid of it. Pretend it was never there. For many, abortion is a way to keep one’s life plans on track, to stay within a narrow and specific vision of life, even if it means ending the life of another.

I want to validate the fear that comes with the unexpected, unwanted invitation to drop one’s plans.

I want to validate the fear that comes with the unexpected, unwanted invitation to drop one’s plans, or to have to modify them in large part. No matter how just our society becomes, having a child when you did not expect one will never be a small change. But dropping one’s plans can also be a source of life. I know this to be true. When I started discovering that I am gay, it horrified me. I did not want it to be true, and at first, I aimed for elimination. But we take what we are given, pick up our cross and eventually find that telling the truth, acting honestly, forthrightly and lovingly is what makes life meaningful and good. We must orient our society so that our plans to get that promotion, publish that thesis or find a loving partner are not off-limits forever to those who have their babies, just as being a good father is not off-limits for me. With a child, those goals may look different, but a pro-life culture should work to ensure they are still achievable.

There is a notion of human freedom that suggests that we are not truly free unless we have full license to make whatever decision we would like. That notion sometimes runs up against our own biology. I could not decide to be straight, and you cannot decide not to be a mother or a father once you have conceived a child. In such a case, you can get some measure of your freedom back by aborting the child, but a vision of freedom that requires so much blood is one that we should question. A better understanding of human freedom would accept that we are limited, that some things come without being asked for, and then seek to find meaning and joy in changing our plans to welcome love and life.

Even on its own terms, our current culture fails to offer a real choice for many on the margins. We live in a hetero- and cis-normative culture that tells young queer people that they must somehow find a way to conform. Similarly, in many contexts, we have an abortion-normative culture. There are many settings in which the idea that you might carry an unwanted or unexpected child to term is seen as ridiculous: law firms, medical schools, universities. Even worse, many blue-collar and service jobs tacitly force the same assumption, simply because they do not pay enough or provide enough benefits to make having a child seem possible.

There is a similarity here between the pro-life and L.G.B.T. movements.

There is a similarity here between the pro-life and L.G.B.T. movements. For years, L.G.B.T. activists have striven to make coming out less heroic and more achievable for the average person. Seeing people who were gay and loved God was important to me in my journey. Henri Nouwen, W. H. Auden and Willa Cather, pray for us. Each of these people helped me understand that I could accept these feelings as part of my life rather than try to eliminate them.

While it still takes courage to accept one’s sexuality, there are now millions of examples in our church, families and the broader world who testify to the goodness of being gay. Similarly, the pro-life movement is at its best when it lifts up, celebrates and highlights the goodness of the unplanned child and points out how noble and wondrous it can be to drop one’s plans and accept the gift of life.

I have always been struck by the words of Mary’s Magnificat: “My soul doth magnify the Lord...for He who is mighty has magnified me, and holy is His name.” Mary’s soul is magnified, made greater, by accepting a life she did not expect. What is true for Mary is true for us. When we accept the life God gives us and seek to live it lovingly and with courage, we become more the people we truly are. Our souls are made greater, and we live more deeply the goodness to which we are called. In different ways, the pro-life and the L.G.B.T. movements both witness to this profound truth about being human. 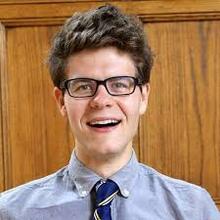 @KeldenFormosa
Show Comments ()
Join the conversation: Login or create an account
Before you can comment, you need to update your profile to include your first and last name, as required in our comments policy. Then reload this page and you'll be set up for commenting. Update your profile