I knew miscarriages were sad—but nothing could prepare us for the experience. 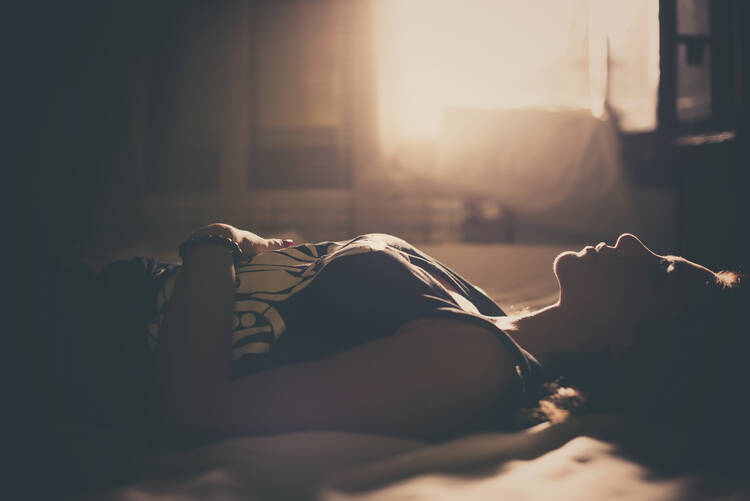 Not long ago my husband, Patrick, and I suffered a miscarriage. Most of the women in my family have had miscarriages, so it was not unexpected. When we were engaged, I even told Patrick there was a good chance we might have a miscarriage along the way. Still, nothing could prepare us for the experience.

Weeks earlier, we were excited to see a positive pregnancy test. At seven weeks along, we made a video call to our parents and a few family members. Our 1-year-old held up a crayon-drawn message declaring, “I’m gonna be a big sister!” and the excitement burst through from the other side of the screen. Other than that, we kept the news to a small group of people. It was too risky to tell more.

Two days after we announced the big news to my husband’s family, the bleeding started. A blood test confirmed what we feared: My pregnancy hormones were dropping. The ultrasound clinched it. There was no spinal cord. No heartbeat. Nothing was developing.

Walking out of the ultrasound room at the hospital, I racked my brain thinking about what I had done to cause this. We had an event at work, and I lugged tables and chairs, running around to set up for a small reception. Did I overexert myself? I felt fine at the time, but maybe this is why pregnant women are not supposed to lift heavy objects. Guilt washed over me. God bless my nurse practitioner, who emphatically told us that there is nothing we could have done to cause or prevent this. The miscarriage was caused by a chromosomal abnormality. With that lesson, the guilt was lifted off of my shoulders, but the grief remained.

I knew miscarriages were sad. I had always tried to comfort my friends and family who had them, but I had no idea of the intensity of that grief. Looking back, my words to friends who had suffered were so inadequate.

I struggle with how to think of this little being whose life outside the womb was not to be.

Patrick and I struggle with how we should think of this little being whose life outside the womb was not to be. As Catholics we have been taught and believe that, from the moment of conception, that cluster of cells is a human person. What does it mean now that the cluster of cells, that little person, is no longer growing? At such an early stage, the miscarriage resolves itself, but not without pain and bleeding as my body went through the stages of labor. Going to the bathroom was the worst part. The blood that accompanied each time was not painful, but flushing the toilet felt like I was literally flushing my baby down the drain. If this being is a person from the moment of conception, where is the dignity in this death? How do you commemorate a life that was loved but not lived? How can so much emotional pain and sadness be warranted for this person we never met?

Trying to make sense of it all, we reached out to others. A wise friend, who herself has experienced multiple miscarriages, offered these words of consolation: There is a kind of holiness in being both womb and tomb for our babies. Maybe she is right. Maybe our child did receive a dignified death, engulfed in a safe space, buoyed by our love, nestled in the warmth of my womb turned tomb.

But where was the dignity in this for me?

We humans are spiritual beings, but we are worldly creatures, too. We yearn for creature comforts—food, warmth, a human touch. After my miscarriage, I yearned for some tangible sign of healing. As Catholics we are able to find comfort in the embrace of mother church in times of suffering, especially in the sacraments. We feel God’s healing love in the tangible signs of funerals and the sacraments of reconciliation, and anointing of the sick. But what do you do for a miscarriage? We did not know.

Physical signs and rituals help us to feel in our hearts what we know in our heads, that God loves us and cares for us.

As the bleeding worsened, I yearned for something to strengthen me—an anointing perhaps. But, no, I thought, that is silly. I was not sick. I was not dying. In retrospect I know I should have asked. Surely my pastor would have obliged. When I told him about the miscarriage, after attending to my emotions, he asked how I was physically. Did I need food? What were my nutritional needs? I did not have any special nutritional needs, but his attentiveness to my physical needs was immensely comforting.

After consulting friends, Patrick and I decided to hold a prayer service using the Catholic Blessing of Parents after a Miscarriage. We would pray for ourselves and our child, who is hopefully in heaven praying for us. We also intend to remember this baby by placing some sort of sacramental in our home—maybe a special cross or a sacred image—something to remind us of the life that briefly lived and died within me. Physical signs and rituals such as these help us to feel in our hearts what we know in our heads, that God loves us and cares for us.

Having now endured the ordeal of miscarriage and knowing the healing power of sacramentals, I hope to be better about offering tangible support to others in their time of need. As a pastoral minister, I can offer to arrange for a priest to anoint parishioners. I can remember to ask how they are feeling physically as well as emotionally and spiritually.

I am fortunate in a way. I gain strength from Mary’s example. Mary did not get to hold her dying child as I did. But she stood by, as I imagine all mothers do when watching a child die, feeling hopelessly helpless. There was nothing Mary could do to save him. There was nothing I could do to save my child. But what matters, is what I do now: I can rely on the power of prayer to strengthen me and my husband and family, as we strive to serve as sacraments of God’s love to one another. 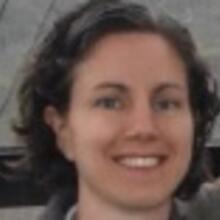 Margaret Manning is a wife and mother who works part time as a pastoral associate at a parish in Berkeley Heights, N.J. She and her husband, Patrick, hope to be a support for other couples who have experienced miscarriage. Margaret can be reached at mmanning0814@gmail.com.

My condolences to Margaret and Patrick and family on their loss. Indeed there has been a loss, added to physical suffering and genuine human trauma. At the risk of appearing insensitive, may I add a few comments. The old pre-scientific paradigms propagated by the traditional theology would only seem to add to the distress. Soul and body and concepts that the unborn might not go to heaven or to some other imaginative "place" are leftovers from a time when a poorly educated clergy used every tool to control by fear. Of course there was little sympathy for women and less understanding of the procreative process. The issue of blood was a divisive standard that was pure chauvinism with a clerical collar.

The natural interruption of growth at any stage before birth is difficult to understand with the old paradigms. Today we are more aware of embryonic and foetal developmental stages, and we no longer have to. Imagine as the images are readily available. The whole process is indeed marvellous and mysterious, yet at the same time it is happening everywhere all the time. It is happening billions of times each day, in our species, other life forms and indeed in the cosmos itself. Are there not some 14 common elements throughout the universe? Yet all of this happens - there are beginnings and endings. There are stars, perhaps galaxies that begin to form and then die or become part of something else.

Patrick and Margaret, in no way to minimalise your experience, but to see it in the grand scheme of things that no one can comprehend. It did not come to fruition in the way you had planned or hoped, but if there is a God, this is the way the universe works. There is no one to blame. There is no reason for feeling guilty or doubtful. Or singled out (why us?).

My son developed a brain tumour and had massive surgery the week after he graduated from university. 9 years later he is still recovering. It all began millions of years ago with the wonder of cell division. Cells divide, some replicate and some mutate. Some changes gave us eyes to see with. Other changes gave us tumours and miscarriages. There is no right or wrong in this process. No saviour nor villain.

But with the gift of consciousness (thanks to Eve) we are aware that this is happening and we are a part of it. We have choices to some extent, but for the most part we are just part of it all. Your experience is a blessing, you have experienced some of the internal upheaval of the cosmos. It was not what you desired or planned, but like adventurers you entered into the process of universe regeneration. Where it is all leading is a mystery and the sacramental is to become aware of the divine in all.

As a Parish Nurse, this issue of loss resonated deeply to me. Miscarriage, infant loss and abortion are losses that women and couples often endure alone. Platitudes often replace compassion at times like this. For the past two years I've facilitated an advent support group for those who have experienced these losses. "Holding Hope: Grieving Pregnancy Loss During Advent" authored by Ashley Anne Masters and published by The Church Health Center provided the structure and meditations for our series. I believe this was a healing blessing for all those who participated and in the arms of their faith community, participants were able to support one another and to be reminded; you are not alone. God is with us.