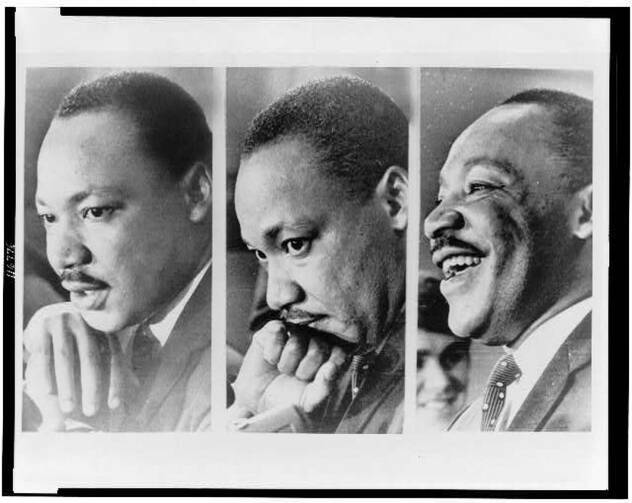 In the summer of 1967, Ebony magazine readers were offered a rare and deeply personal look into the life of Dr. Martin Luther King, Jr. The esteemed leader had dispensed with his suits and ties—the standard uniform for mass meetings and court appearances. An elegant photo spread captured King in swim trunks, pajamas and slippers. King was at rest. Surrounded by the natural beauty of Ochos Rios, Jamaica, and unknowingly in the penultimate winter of his life, King’s time away from his multiple responsibilities to the freedom movement revealed an intimate portrait of a leader in transformation.

Although Ebony titled the somewhat breezy feature “MLK’s Tropic Interlude,” the reporter noted that despite King modeling his life after Gandhi, the pastor failed to devote any great portion of his time to “leisurely reflection.” The frequently overworked and exhausted King agreed and the article concluded that “nobody deserved a vacation more than MLK.” King used his time on the telephone-free estate to complete the draft of his final book, Where Do We Go From Here: Chaos or Community?, which was published the following summer.

In presenting the two possibilities for the global future in the book’s title, King presented the solution to growing militarism, escalating racial unrest and deepening levels of poverty: togetherness. Despite his partial isolation in Jamaica, King’s mind was always fixed on the strength and the radical potential of human connection, from the crowds that marched behind and beside him to the scores of people whose hearts were transformed by the images of protestors assaulted while at prayer.

King and Ignatius found themselves needing to turn inward to feel the graces that would inspire their hearts and their pens to share how God was working through them in moments of personal strife.

Many of us today may not be able to understand King’s commitment to nonviolence or his unshakeable focus on the beloved community. In a year in which most of this year’s celebrations of the King holiday will be convened virtually and apart, due to the scourge of Covid-19 and with a heightened vigilance due to the most recent rash of white supremacist attacks on the U.S. Capitol and statehouses across the country, King’s vision is woefully out of focus.

As an educator routinely tasked with teaching the U.S. civil rights movement or invited to reflect on King’s legacy for the annual holiday, I often return to King’s retreat in Jamaica because it set in motion the pivotal 11 month-period between the appearance of Where Do We Go From Here and his final oration, delivered the day before he was assassinated on April 4, 1968. In thinking of this period in King’s life, I am reminded of St. Ignatius Loyola’s 11 months in Manresa, Spain. For Catholics, particularly those who find great wisdom and hope in the life of St. Ignatius, King provides us numerous examples of how Ignatian spirituality can be lived and modeled outside of the church.

In the same way that nearly a year of contemplation allowed St. Ignatius to bequeath Catholics a roadmap for faith in the Spiritual Exercises, King provided keys to understanding the complexity of realizing racial justice and defined the moral grounds in which this work could happen in Where Do We Go From Here. The collection of essays answered timely questions about the direction of the civil rights movement, the roots of Black radicalism, and highlighted the importance of economic justice to ending his “three evils” —racism, excessive materialism and militarism.

While in Jamaica, King undoubtedly reflected on how he would communicate the urgency of his nascent Poor People’s Campaign, which would include advocacy for a $12 billion investment in universal basic income, a federal jobs guarantee program and fair, affordable housing. The leader most likely meditated on how he would make a weary public empathize with victims of police brutality. He probably prayed for the courage to continue to speak out against a growing American military presence in Vietnam and knew that these actions would alienate some of his veteran allies and the president of the United States.

King’s time in Jamaica was drastically different than Ignatius’s cave, but both men found themselves needing to turn inward to feel the graces that would inspire their hearts and their pens to share how God was working through them in moments of personal strife. I often wonder if King’s time gazing upon the Ocho Rios Bay imbued him with confidence in the next phase of his journey, in the same way that encountering the Cardoner River gave Ignatius tremendous clarity,

“Like anybody, I would like to live a long life—longevity has its place. But I’m not concerned about that now. I just want to do God’s will.”

It is hard to relate to the King that is rightfully memorialized in voluminous biographies and artful documentaries. Yet we are able to return to King’s writings and speeches, and when paired with a review of the Spiritual Exercises, we can sharpen our gaze and our resolve to do justice to these compatible visions. Both provide us inspiration in seemingly opposite models, which are both necessary to identify and repair our fractured world: Ignatius’ mystic experience and King’s most humble revelations of faith; Ignatius’ great emptying of ego while alone and King’s luminous spirit in front of many. In 1959, King wrote: “My call to the ministry was neither dramatic nor spectacular. It came neither by some miraculous vision nor by some blinding light experience on the road of life. Moreover, it did not come as a sudden realization. Rather, it was a response to an inner urge that gradually came upon me.”

The slow and gradual process of King’s life reminds us that our own purpose requires patience, moments of retreat and ultimately a return to ourselves and others to build community. King’s Ignatian spirit impressed itself on those he loved and cared for, and for many of us who never knew him personally. It is particularly fitting that in the foreword to the revised edition of Where Do We Go From Here, his widow, the activist Coretta Scott King, described her late husband as having “toiled vigorously to offer discerning leadership.” King’s many discernments throughout his life and in his final year were declared in the last minute of the last speech he gave before his death. While delivering an address that assessed the history of human struggle, called for economic solidarity with striking sanitation workers and recounted his many near-death experiences, King shared the greatest desire of his life:

“Like anybody, I would like to live a long life—longevity has its place. But I’m not concerned about that now. I just want to do God’s will.” 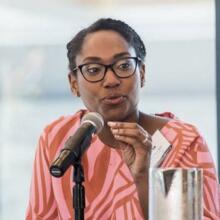 Marcia Chatelain is professor of history at Georgetown University. She is the author of two books, South Side Girls: Growing up in the Great Migration and Franchise: The Golden Arches in Black America.

@DrMChatelain
Provide feedback on this article
Join the conversation: Login or create an account
Before you can comment, you need to update your profile to include your first and last name, as required in our comments policy. Then reload this page and you'll be set up for commenting. Update your profile