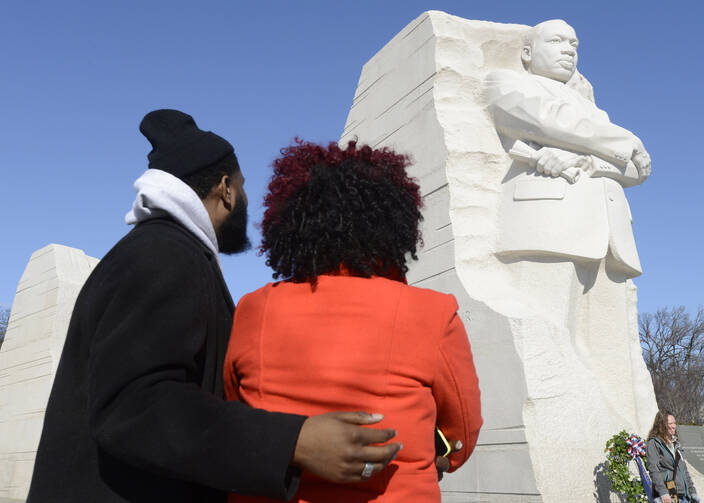 Martin Luther King Jr. was not supposed to be in Memphis on April 4, 1968. Dr. King’s staffers wanted him to decline an invitation to address the city’s striking sanitation workers so he could focus on the upcoming march on Washington for economic justice. He went anyway.

Two months earlier, on the afternoon of Feb. 1, 1968, Echol Cole and Robert Walker sat in the back of an orange garbage truck to escape the rain. They were Memphis “tub-toters,” the overworked and underpaid men who rode on the back of garbage trucks, hopping on and off at every suburban house to empty trash cans into their trucks’ compactors. The city did not provide them with raincoats—or much else. “No benefits, no pension, no overtime, no grievance procedure, no uniforms,” in the words of the Memphis historian Hampton Sides.

A little after 4:15 p.m., the wires of their truck’s compacting motor shorted, triggering the compacting process. The truck’s hydraulic ram caught part of Cole’s and Walker’s clothing. They tried to escape but were hampered by their heavy clothes, drenched in rain and liquid refuse from the long day’s work. The ram dragged them farther into the truck and crushed them to death.

Martin Luther King Jr. was not supposed to be in Memphis on April 4, 1968.

The next day, Memphis’s newspaper ran only a small item on Cole and Walker. Most of the paper’s real estate that day was devoted to the birth of Elvis Presley’s daughter, Lisa Marie Presley. Few in Memphis seemed to care that two of their neighbors had been crushed to death by their city’s own truck. Earline Walker, Robert’s pregnant widow, had to bury her husband in a pauper’s grave.

One group, however, took notice: Cole’s and Walker’s fellow sanitation workers. About two weeks after the incident, hundreds of sanitation workers went on strike for better pay, better hours and safer working conditions.

The city refused to acknowledge their cause. When confronted, Mayor Henry Loeb told the strikers: “You are breaking the law. I suggest you go back to work.” But the sanitation workers had the Rev. James Lawson, a veteran of the 1960 Nashville sit-ins, in their corner. He elevated the strike from a labor dispute to a civil rights campaign, reminding the all-black workforce: “You are human beings. You are men. You deserve dignity.”

The strikers began carrying placards with that simple, powerful message: “I AM A MAN.”

The strikers began carrying placards with that simple, powerful message: “I AM A MAN.”

In March, Rev. Lawson invited his old friend, Martin Luther King Jr., to come speak to the striking sanitation workers. A few weeks later, on April 3, 1968, King was at Mason Temple in Memphis speaking to hundreds of striking tub-toters. He began his speech with a remarkable hypothetical: “If I were standing at the beginning of time...and the Almighty said to me, ‘Martin Luther King, what age would you like to live in?’”

King proceeded to ponder living in different ages: ancient Egypt, ancient Greece, ancient Rome, the Renaissance, the Reformation, the Civil War, the Great Depression. After a wistful description of life in some past era, he rejected each, one by one. “I would turn to the Almighty,” he told the crowd, “and say, ‘If you allow me to live just a few years in the second half of the 20th century, I will be happy.’”

This, King acknowledged, was a “strange statement.” Amid the political and cultural upheaval of the late 1960s, there were plenty of reasons to pine for a seemingly simpler time. “The world is all messed up,” King admitted. “The nation is sick...trouble is in the land; confusion all around.”

“If you allow me to live just a few years in the second half of the 20th century, I will be happy.”

He and his fellow inhabitants of the present moment, King argued, lived in a time when the great debates of history had come to a head—when nations had become so powerful and the world so interconnected that there were real choices in front of them about where the human race should go. “Either we go up together,” he said, “or we go down together.”

King proceeded to recount his favorite biblical story: the parable of the good Samaritan (Lk 10:25-37). On a “dangerous curve between Jerusalem and Jericho,” King told the crowd, a man fell among thieves, was stripped and left for dead. A priest and a Levite saw the man and crossed to the other side of the road. Finally, a Samaritan passed by and stopped to help the fallen man. In King’s reflection on the Scripture, instead of asking “If I stop to help this man, what will happen to me?” the good Samaritan asked, “If I do not stop to help this man, what will happen to him?”

King prodded the crowd to wonder why the priest did not stop. Perhaps he was late for a meeting. Perhaps he was forbidden to help because of ceremonial reasons. Perhaps he wanted to focus his efforts on building a Jericho Road Improvement Association. Or perhaps, most likely, he was afraid.

Re-reading King’s speech, I cannot help but think of the current crises in the United States. A quarter of our neighbors’ children live in poverty. A fifth of our neighbors suffer from persistent loneliness. Millions of our neighbors live in the shadows as second-class citizens because of their immigration or criminal status. Hundreds of millions of our global neighbors are threatened by a changing climate that our own nation helped destabilize. And with median white wealth dwarfing median black wealth 12 to 1, many of our black neighbors are still left wondering when the American Dream will include them.

Our nation has fallen among thieves.

As a result, it seems as if everybody in the late 2010s likes to talk about how they do not want to live in the late 2010s. Some of us want it to be the past again. Some of us want it to be the future already. We either pine for the whitewashed America that came before, say, the millennials or the internet messed everything up, or we pine for the progressive America that will come after, say, demographic and technological trends finally solve all of our public problems. If only, if only it were the 1950s or the 2050s, then everything would be better, we think.

When we say we do not want to live in this time, we are acting more like the priest than like the Samaritan.

Then Martin Luther King Jr. stopped, and the preacher started talking about something he had rarely discussed before: his own mortality. He recalled an assassination attempt on his life eight years earlier. He recounted various battles throughout his 13 years in public life. He discussed how there were threats on his life that week in Memphis.

But he said he did not mind. He was not concerned about that any more. He was happy. He did not fear any man.

By fully embracing the age he was chosen to live in, by fully confronting the great challenges of his time, by stopping along the Jericho road to be a neighbor to countless men and women—including two men who had been crushed by a nation that had failed to live up to its ideals—he was graced with fearlessness and a glimpse at eternity. His last words that night were “Mine eyes have seen the glory of the coming of the Lord!”

It would be his final speech. The next day he was martyred.

Fifty years later, may we turn to the Almighty and pray that we be allowed to live just a few years more in the first half of the 21st century to continue Dr. King’s work. 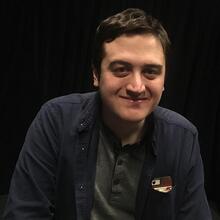 Pete Davis, a civic reformer from Falls Church, Va., and a student at Harvard Law School, is the author of Our Bicentennial Crisis: A Call to Action for Harvard Law School’s Public Interest Mission. Website: PeteDavis.org.

Have things gotten better or worse since 1968?

Most believe it has gotten much better. If worse, then it what ways?

Orlando Patterson, a black sociologist at Harvard, said about 20 years ago concerning the United States

I believe we can thank Dr King for helping achieve that.