As a teen, I chose adoption. Why are stories like mine missing from the abortion debate? 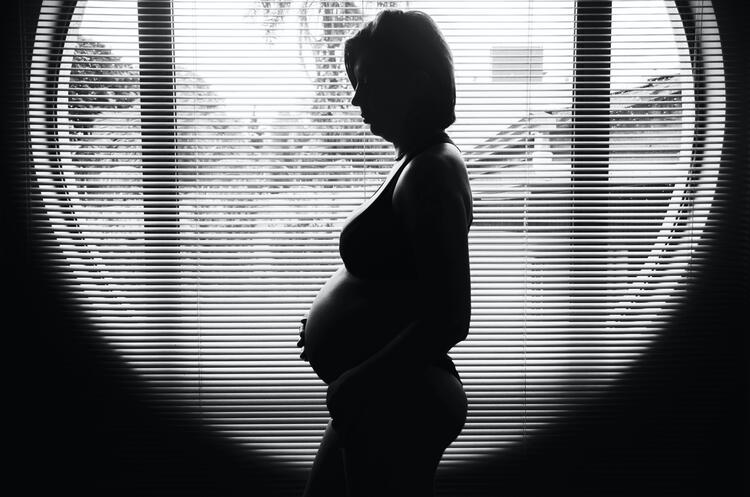 Photo by Camila Cordeiro on Unsplash

I would rather jump through a glass window than talk to literally anyone about reproductive politics.

Given the choice between a very normal and appropriate conversation about reproductive politics and a glass window, I will be in the bushes out front, picking glass out of my torso.

That is because when I was 17 I got pregnant by accident and placed my baby for adoption. As such, I have two options during these conversations: Stay quiet about my intimate familiarity with unplanned pregnancy and the difficult choices that come with it, or speak up and make everyone uncomfortable.

By inviting birth mothers into our conversations, we risk complicating the stories we tell ourselves about adoption and the people who participate in it.

If my conversation partner is pro-life, I get to watch their eyeballs spin as they think back over our discussion and try to remember if they said anything suggesting that people like me are irresponsible or immoral. If they are pro-choice, I get to watch steam pour out of their ears as they wonder if it was rude to imply that my 9-year-old son was once a zygote.

The sudden appearance of a birth mother in conversations about reproductive politics makes people uncomfortable—and who can blame them? Usually, if birth mothers get mentioned at all, they are people we talk about, not with. By inviting birth mothers into our conversations, we risk complicating the stories we tell ourselves about adoption and the people who participate in it.

For nine years, I kept my adoption hidden from almost everyone in my life, and it was incredibly lonely. “Coming out” as a birth mother has been a healing journey for me, but it has not made the loneliness go away. In fact, it has made me painfully aware of the near-total absence of birth mothers in media, politics, religion, family, academics and medicine.

That absence can be traced back to some deep-rooted societal discomfort with the institution of adoption. For a long time, stigmas about infertility, illegitimacy, genetics and sexuality drove all three members of the adoption triad—birth parents, children and adoptive parents—to keep adoptions a secret.

Then, attitudes shifted. Today, U.S. culture largely celebrates adoption as a way to form new family ties. Religious communities, particularly Catholic and Protestant Christian, played an important role in normalizing and encouraging adoptive families. Meanwhile, adoption was ensconced in contemporary pro-life rhetoric. If women get abortions because they do not want to be parents, the thinking goes, adoption is a life-affirming alternative.

“Coming out” as a birth mother has made me painfully aware of the near-total absence of birth mothers in media, politics, religion, family, academics and medicine.

But there is a problem. The cultural acceptance we rightly extended to adoptive parents and children was never extended to birth parents. Birth mothers still feel pressure to keep their experiences secret, and that pressure speaks volumes about where our goodwill starts and ends.

While adoptive parents may enjoy telling new friends or coworkers their family’s origin story, I cannot talk about my adoption without sucking the air out of a room. While most everyone can rattle off a handful of adoptive parents or children they know personally, few people can name a birth mother. In fact, I have never met another in person, and I have been one for almost a decade.

Reckoning with birth mothers in all their complexity is tough. So, we usually do not bother to do it.

Instead, we take the beautiful dynamics of adoption, with its sadness, joy, gain and loss, and package them into simple, one-note stories: A heroic teenager spurns abortion and gives her baby a chance at life. A pitiful, fallen woman abandons her child. A weak-willed teen in an oppressive religious community has her choice made for her. In all of these cases, to introduce a flesh-and-blood birth mother—her grief, her love, her courage—would ruin the story.

While adoptive parents may enjoy telling new friends or coworkers their family’s origin story, I cannot talk about my adoption without sucking the air out of a room.

Other times, we omit birth mothers entirely. We applaud adoptive families for giving children a loving home, forgetting that those children may have had loving homes in their birth mother’s body for nine months beforehand. We ask sincerely why abortion still happens when there are so many couples waiting to adopt, as if placing a child for adoption is a matter of supply and demand.

Even homilies and sermons on adoption frequently leave out birth mothers. The biblical mandate to “love the fatherless and the widow” may feel relevant, but it fails to draw any distinction between orphaned children and adoptees with loving birth parents. Adoption often serves as a metaphor for God’s parental love, as well. But that metaphor gets messy when you introduce a birth mother. If God is the adoptive parent, and humans the adopted children, then who represents the birth mother—death, sin, hell? All flattering options.

Adding a three-dimensional birth mother into our common adoption narratives makes those stories clunkier and more complex. Why did this birth mother relinquish her child, if not from heroism or heartlessness? How did she feel afterward?

Compared to those impossible questions, stereotypes and omissions feel much better. And, for years, I leaned on those shortcuts, too.

Adoption often serves as a metaphor for God’s parental love, as well. But that metaphor gets messy when you introduce a birth mother.

When I was a senior in high school dealing with an unplanned pregnancy and the reactions that came with it, the opportunity to present myself as an unlikely hero who marched out of the abortion clinic to give a wonderful couple a chance at parenthood is what got me through a lot of interactions with teachers and church members. When I was a young adult in Chicago nervously telling new, progressive friends about my adoption, I would be sure to put extra emphasis on my evangelical upbringing and devout religious family.

Hero or victim, brave or damaged, selfless or angry. I was a birth mother chameleon, shifting to fit whatever simplified storyline would make me sympathetic to my listeners.

I felt I couldn’t mold my experience into something digestible for my parents, my friends, my partner, my coworkers and my son’s awesome mother, so I spent years stripping it of its complexity or hiding it entirely.

Hero or victim, brave or damaged, selfless or angry. I was a birth mother chameleon, shifting to fit whatever simplified storyline would make me sympathetic to my listeners.

As a birth mother, my perspective is nuanced. And that, I’ve learned, is not something to apologize for.

If religious communities are going to celebrate adoption, especially as a pro-life talking point, they must seek out and amplify the perspectives of birth mothers.

Those perspectives will be diverse, and they will not always be what people want to hear. But that makes them all the more necessary if communities want to develop a truer, more loving understanding of adoption.

Making room for birth mothers in religious communities may look like expanding and refining grief support programs and resources. Academic research suggests birth mothers experience lifelong, unresolved grief: After their adoptions are finalized, they are expected to move on silently, rather than grieving outwardly with a supportive network.

If religious communities are going to celebrate adoption, especially as a pro-life talking point, they must seek out and amplify the perspectives of birth mothers.

Consider this: As a teenager, I was on stage at church giving a “testimony” about my pregnancy-and-adoption experience—while I was still pregnant. The intentions were good, but the outcome was bad. In the eyes of my congregation, my story had been wrapped up with a bow before it had begun. Instead, we should:

Treat birth mothers with the care afforded a mother who loses a child. Do not brush the experience away because it makes you sad or uncomfortable. Do not wrestle it into an inspirational tale. Let birth mothers speak openly about their sadness, anger or confusion, if they want to. Sit with them. Cry with them. Make space for their loss and ongoing grief, even as you celebrate an adoptive family’s joy. Grief does not cancel out joy, or vice versa.

Think twice before simplifying adoption to a transaction. I hear it all the time: “There are thousands of couples waiting to adopt.” Adoption is an incredibly difficult decision. If you wouldn’t want to take on nine months of medical risk and social punishment to give your much-loved baby to someone else, don’t blithely suggest that others do so.

I have two kids with Down syndrome. Here’s what I wish those considering abortion knew about life with them.
JD Flynn

Examine your reliance on stereotypes to understand birth mothers. Is the birth mother in your imagination a shadowy specter leaving her baby on the steps of a firehouse? A selfless hero, happily relinquishing her baby so someone else can start a family? Or is she a three-dimensional person with a future and a backstory, with a variety of feelings and motivations?

Honor the adoption triad. When adoptions involve three parties, don’t erase birth mothers. We can rejoice with adoptive families without implying that they saved adopted children from their birth families or that those children were unloved or unwanted.

Last, when theological language of adoption omits birth mothers, find a way to reinsert them. Our focus on God as an adoptive parent is valuable, but what about God as birth mother, giving her child to us all?

Even more, what about God as a triad: three entities, all blessed and indispensable. Or is that too much to imagine?

– I have two kids with Down syndrome. Here’s what I wish those considering abortion knew about life with them.
– This Catholic doula wants to broaden our understanding of ‘reproductive justice’
– White parents adopting Black kids raises hard questions. We can all learn from them. 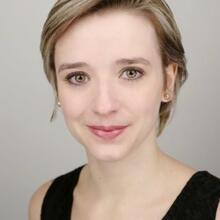 Tatum Hunter is a journalist, performer and birth mother based in Chicago. Her work has appeared in The New York Times, Built In, Salty, American City Business Journals, Reductress and more. You can find her newsletter, Mom’d, at momd.substack.com.

@Tatum_Hunter_
Show Comments ()
Join the conversation: Login or create an account
Before you can comment, you need to update your profile to include your first and last name, as required in our comments policy. Then reload this page and you'll be set up for commenting. Update your profile