Infuriating life (and post-election) advice: If you want peace, accept things as they are. 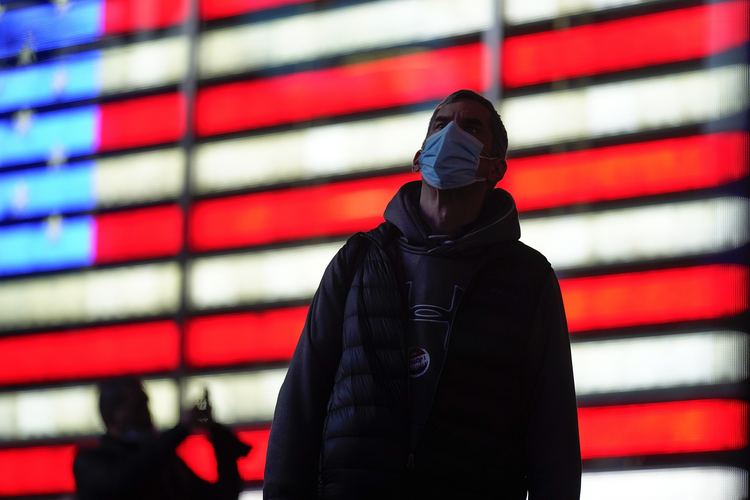 The most infuriating and wrong prayer I have ever heard was shown to me a couple of years ago by a Hasidic Jew on a cold night in New York with an urgency startling and beautiful to behold. We had just met, got to talking, and he pulled out his phone. O.K., O.K., scrolling, O.K., just a minute, O.K., hold on, here, no, that’s not it—he, like a dad with a photo of his kid in Pop Warner togs, needed me to see this. We were standing in front of a church, cut white stone, unpretentious spires. Finally: He held up his screen with grave triumph. This. The prayer:

Every disturbance in our lives comes when we refuse to accept things as they are. To find peace, accept everything that is. Just accept. It was all meant to be. There are no mistakes in God’s world.

His long black coat, black zucchetto, forelocks, the flowers at the feet of the Blessed Mother, down the alleyway gothic trash bins luring into themselves rats and the night, and this prayer: Accept. It was all meant to be.

I don’t know who wrote it. It is not an Orthodox Jewish prayer. It is maybe not even a prayer, more an assertion, a claim: The cotillion was splendid. Except the cotillion was not splendid. My new friend and I were, at the time, down in the world (like all of us these days basically are, no? Are there many people out there not hurting?), and we needed what was on this screen. Accept everything.

“Every disturbance in our lives comes when we refuse to accept things as they are. To find peace, accept everything that is. Just accept.”

We could do some lawyerly unpacking of this statement, especially the key terms—the way all was “meant to be.” The way who meant it to be? God? The universe? Is “accepting” simply Christian fatalism? Accept the bad things in your life, the terrible habits, dead-end jobs, toxic relationships, as what should happen? Isn’t this just the worst interpretation of Marx’s (typically misinterpreted) “religion is the opiate of the masses”? Don’t question or fight against injustice and brutal oppression. Just accept the pain you feel and keep your eyes on your heavenly prize.

What about prophetic anger, holy disturbance? This prayer-assertion is inhumanly wrong: to think that everything that happens in the world—the good, the bad and the god awful—is the way it was intended it to be, so just accept it. No, rage, rage against the dying of the light, correct?

Still, it insists: In a time when awful creatures skitter into the bins, when things we fear most become real and not even statues of the Blessed Mother can keep them away, the only way we can become peaceful—as peaceful as one can get on this side of the grave—is to accept what is. Every last person who bursts up into our lives, every place we find ourselves in, everything that occurs and every situation that exists: Accept it.

Such high stakes out there, the American reckoning this week. So terrible, unnerving. The passion tunes up and unspools in a thousand serrated ways. Our guy lost, and we crater. Or our guy won, but we still feel everyone lost because ultimately “our guy” is about as equipped to address the deep roots of American suffering as a garden trowel is equipped to plow the Central Valley. Either way, says this strange grim prayer, accept. It is meant to be. Accept it all.

In the cosmic realms of fundamentalist Marxist praxis or sheer human logic, the words make no sense. Accept all that is terrible and wrong: I don’t believe it.

But, I can tell you, my body does. My body believes these words. Saying “just accept” is—honestly—relaxing. Accept it all. Life is as it is. Life is not what it is not.

The words make no sense. Accept all that is terrible and wrong: I don’t believe it. But, I can tell you, my body does.

I could put this bewildering prayer on the theological stand and force it to defend itself, or I could just stay with how it came unto me, the phone produced from the long black coat, the Virgin, scroll-work on the church doors, the cold night, and just trust it all. Trust my new Hasidic friend over the hiss of my rattled skeptical mind; trust that what he shared so passionately was really a very fine and non-destructive assertion and then his disappearing smoothly into a black S.U.V. to migrate back to the leafy ghettos of Orthodox Brooklyn.

I don’t intellectually endorse the words on that phone, but I can trust the story of how they came to me.

I read it all the time, this spiritual assertion. When something upends my mind, body or soul, when I’m thrown off my game, when I’m seated at the wedding next to a great and nefarious enemy, I say it or think it: Accept this. And I feel better. I deal with the fact of my tablemate, no longer spend energy on him. I take back my power.

[Related: Jesuit tools to help you survive the election (and its aftermath)]

And if we can’t accept things? If we are still bound up in anger, denial, bargaining—things we can (and maybe should) feel over everything from a lost hairpin to a deceased child—then the prayer calls us to accept the fact that we cannot accept; to take strange comfort in the fact we have no comfort. At least we’re not pretending otherwise.

And when we eventually accept the thing—once we render unto reality that which belongs to reality—then we position ourselves to change it if it needs to be changed. How can we transform anything unless we know what needs to be transformed? How do we turn over the merchant’s tables unless we accept the temple is rife with merchants?

Some of us may choose not to “recognize” the president as “our president.” We’ll choose to live with a fury that denies and fundamentally fights against the fact that this guy is in charge, as others have done the past four years with the current president. We’ll choose four years of sheer and constant outrage at everything he says and does.

When the brain and body are filled with breath, when they are lighter, looser, then we can get down to business and see what might be done.

Or we’ll live with a low-grade burn of resentment hollowing us from the inside.

And O.K., that’s a choice. Really. And there is no judging of that choice here. In certain extended periods of my life, I’ve done the same.

But it is also true that when we stop fighting reality and accept things as they are—the fact of who is running the country or whatever thing is gripping the life out of us—when we accept that, the body responds. It stills. A certain calm can descend. The shoulders relax, the breath drops in, air sweeps through, oxygen plunges deeper into the cells.

And when the brain and body are filled with breath, when they are lighter, looser, then we can get down to business and see what might be done. Tension, says Uta Hagen, is the enemy of the actor. The wrong kind of tension—constrictive, stifling—is the enemy of any creative undertaking, prophetic anger, revolutionary action. Acceptance is the enemy of tension. Acceptance, I am beginning to think, is the path to righteousness.