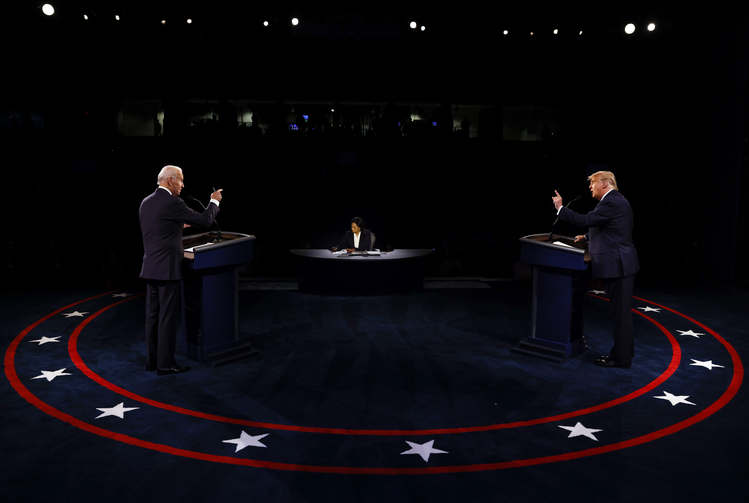 Do “real Catholics” have to vote for Donald J. Trump? That’s what Jeannie Gaffigan was hearing from Twitter trolls and loved ones alike following her husband Jim Gaffigan’s uncharacteristically profanity-laced tirade against the president and his supporters during the Republican National Convention.

This week, Jeannie, one half of the Gaffigan comedy duo and author of the book When Life Gives You Pears: The Healing Power of Family, Faith, and Funny People, takes us back to that night and the examination of conscience it inspired. What was it like as a Mass-going mother of five to have her commitment to life challenged? What’s the best way to engage with friends and family across political divides?

In “Signs of the Times,” we discuss two pieces of news that came out of a newly released documentary about Pope Francis: an endorsement of same-sex civil unions and a sharp critique of the Trump administration’s family-separation border policy from Francis. (We recorded the conversation on Wednesday afternoon. The story behind Pope Francis’ comments about civil unions has developed since then, and more coverage can be found at americamagazine.org.)

A reminder that we’ll be discussing Pope Francis’ latest encyclical, “Fratelli Tutti” in reading groups (over drinks) with all members of our Patreon community throughout the month of November. There’s still time to sign up to support the show and guarantee a spot in the reading group.

“Irish Coffee,” which means very different things to both Zac and Ashley.