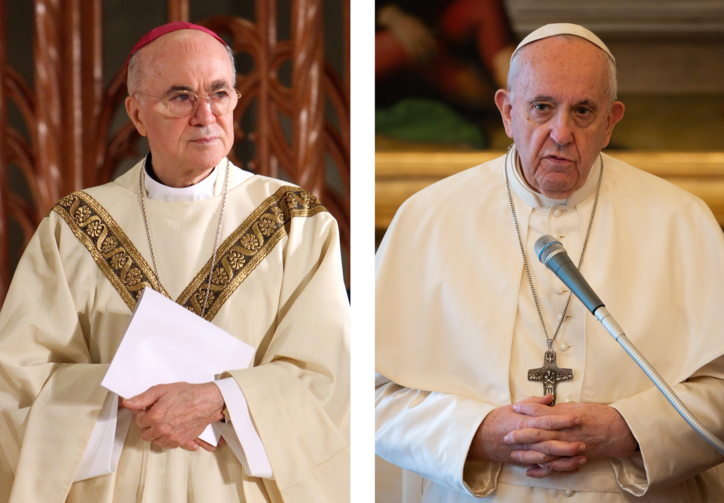 Anyone who is familiar with “Catholic Twitter” or dives into the comments section of Catholic publications knows there are some ugly fights happening between Catholics on the internet—especially about Pope Francis. But is this just a social media phenomenon? This week’s guest doesn’t think so. Mike Lewis believes the pope’s most strident, reactionary critics are not just a fringe to be ignored or dismissed but an influential faction that is dividing the church and families.

We talk to Mike about witnessing his own mother become convinced that Pope Francis was a heretic and how that affected his family and his faith. We ask why this pope has inspired such fierce opposition and what bishops and the people in the pews can do to promote unity within the church.

Pope Francis’ critics are dividing the church and families—including mine.
Mike Lewis

In Signs of the Times, Pope Francis will sign a new encyclical on human fraternity, titled “Fratelli tutti,” on Oct. 3 at the tomb of St. Francis Assisi. Zac and Ashley discuss what solidarity means during (and after) the pandemic and what the document might say to young Catholics. Next, should your priest tell you how to vote? With the 2020 presidential race kicking into high gear, some Catholic leaders are publicly endorsing the candidates. We discuss what U.S. law and church teaching say about political advocacy from the pulpit.

We are so excited to be back in your feeds and are ready to dive into the big stories in the church and the world that are coming this fall. We cannot do this work without your support, whether that’s becoming a member of our Patreon community, leaving a review on Apple podcasts or telling your friends and family about the show.

Pope Francis’ critics are dividing the church and families—including mine
Where Peter Is
Pope Francis will sign new encyclical on human fraternity at the tomb of St. Francis of Assisi
Explainer: Can a priest or a member of a religious order publicly endorse a political candidate?