I knew the Jesuits killed in El Salvador. Today, we can begin to heal. 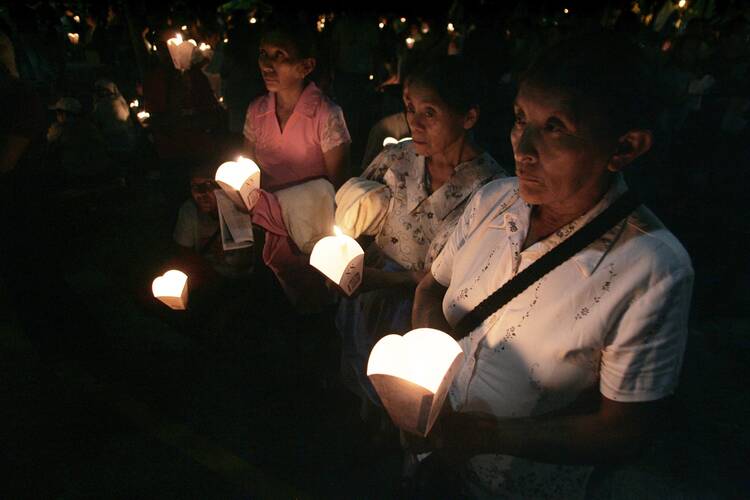 When I saw the news that a court in Spain had sentenced the former Salvadoran Colonel Inocente Orlando Montano to 133 years in prison for the murder of five Jesuit priests, part of a massacre here in El Salvador, I remembered that day: Nov. 16, 1989.

I remembered the bodies of the five Spanish priests and three Salvadorans. That inhumane, cruel scene.

I remembered those bodies that were discovered at dawn, the way they were dumped. And I remember the sadness.

That sadness contrasts with today. Today there is joy, not because someone was condemned but because the truth saw the light. The truth surfaced.

Today, because of the truth, we have an opportunity to open ourselves to forgiveness. I know that none of the Jesuits who were killed that day would be happy that a human being will likely spend the rest of his life in a prison.

But we have to recognize what happened. The Spanish court recognized Mr. Montano as the intellectual author of the killing of five Jesuit priests, all Spaniards, but it also recognized the killing that day of three other people, all Salvadorans.

This has been a very painful topic here in El Salvador because it speaks to the denial of the truth, the shameful denial of justice in our country. The sentence, though for crimes committed here, was imposed in Spain. Why? Because the Salvadoran justice system did not do its job.

The sentence, though for crimes committed here, was imposed in Spain. Why? Because the Salvadoran justice system did not do its job.

Spain did not usurp anything. It sought justice for crimes committed against Spaniards because the Salvadoran justice system refused to do so. We do not wish for vengeance, but we do ask for truth. The truth, as we see today, is sometimes very difficult to look at, but it is necessary to bring about healing.

What Spain carried out, I believe, reflects what Jesus has told us in Matthew 21:43: “The kingdom of God will be taken away from you and given to a people that will produce its fruit.”

We have had the opportunity to make El Salvador a just country, one that seeks reconciliation, but that opportunity has been taken from us. That we had to look to Spain hurts those of us who want peace and fraternity.

If St. Oscar Romero had been alive in 1989, when this crime happened, he would have called out the assassins, said their names.

And what does that say for the Catholic Church?

It tells us that we have lost an opportunity to be prophets. We have become voiceless.

We have to reclaim our voices. We have to call out social sin, speak the truth and speak in defense of human beings when their dignity is violated.

If St. Oscar Romero had been alive in 1989, when this crime happened, he would have called out the assassins, said their names. But today we in the church are more concerned with rites, customs and rubrics than with taking care of human dignity.

Three priests have been assassinated in less than three years here in El Salvador. In the latest incident, the Rev. Ricardo Antonio Cortez was found dead of gunshot wounds, apparently attacked while driving in the southeastern part of El Salvador in early August. Local police ruled out robbery but did not offer another motive. The bishop of Zacatecoluca has asked the attorney general to investigate, but this is a system that does not punish anyone. The bishops can look to the loud prophetic voices of martyrs such as St. Romero and the Jesuits in their defense of life to deal with violence in El Salvador today.

I cried this morning remembering the lifeless bodies of the prophets. At the time of the massacre, I had just finished my studies at the seminary, but their deaths did not send me into retreat or cause me to choose a different path. Instead, they inspired me and my decision to follow Jesus. Their example should inspire us all to become prophets.

They have made us understand these words: “The blood of the martyrs is the seed of the church.” 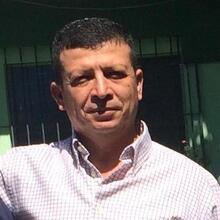 Father Manuel Acosta, of the Diocese of Chalatenango, El Salvador, is a professor of theology at the Universidad Centroamericana José Simeón Cañas (UCA) university in San Salvador.