Another priest has been murdered in El Salvador. But there is still reason for hope. 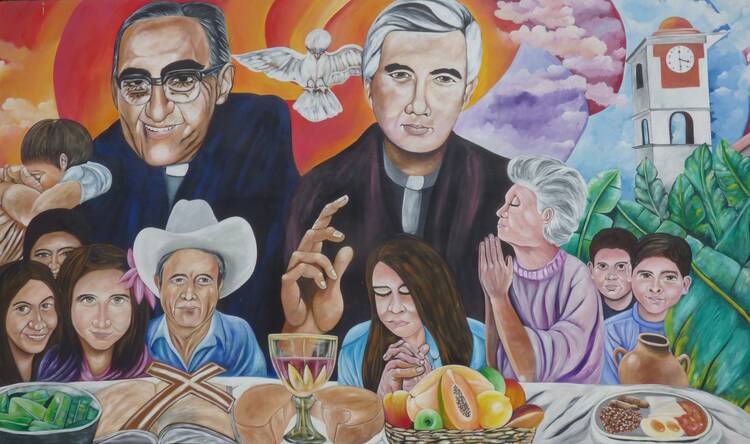 The Rev. Ricardo Antonio Cortez, rector of the Saint Óscar Romero seminary in El Salvador, was assassinated on Aug. 7. He was intercepted and shot by unknown attackers while traveling in eastern El Salvador. “Once again, our diocese is stained with the innocent blood of a good pastor,” said Bishop Elías Samuel Bolaños Avelar, S.D.B., bishop of Zacatecoluca.

Bishop Avelar was referring to the fact that this latest killing occurred during a year-long commemoration of the 40th anniversary of the martyrdom of St. Óscar Romero, who was killed while serving as archbishop of San Salvador.

Again, the bullet. Again, the agony. Again, the senselessness. A friend in El Salvador wrote to tell me that the assassination of Father Cortez “was inexplicable, like so many other deaths here.” Bishop Avelar has asked the attorney general to investigate, but it is hard to imagine a successful investigation in the absence of an obvious motive and any eyewitnesses.

The priests and religious who have died are, of course, but one chapter in El Salvador’s sad story.

The priests and religious who have died are, of course, but one chapter in El Salvador’s sad story. While it is the smallest country in Latin America, its murder rate is three times that of Mexico. Crime rates have improved since a 2012 high, when El Salvador was rated the most violent country on earth, but crime is still endemic and the country is controlled as much by gangs as it is by the government.

In light of all of that, you might conclude that the situation is hopeless. Not so, say many of the people I met there during a recent visit. “I know the plans I have for you,” they might have said, quoting the prophet Jeremiah, “plans to prosper you and not to harm you, plans to give you hope and a future.”

Even God’s plan, however, requires human cooperation to be fully implemented. That’s where the Gloria Kriete Foundation comes in. Established in 2014 by the seven surviving children of the late Mrs. Kriete, the foundation is bringing material aid and hope to thousands (full disclosure: The foundation is supported by friends and benefactors of America Media).

Even God’s plan, however, requires human cooperation to be fully implemented.

In its first 15 years, the Gloria Kriete Foundation has assisted more than 2.4 million people through programs in health, education, community development, entrepreneurship and youth violence prevention, often helping people who are beyond the reach of the government.

One of the reasons for the government’s inability to provide essential services is the flight of capital in the face of the country’s instability. But the family of Gloria Kriete made a decision to invest the foundation’s resources in El Salvador, seeing the country’s people as its greatest natural resource.

During my visit, I spent a morning at one of the works supported by the foundation. The idea behind the Kodigo Programming Academy is simple enough: There is a shortage of trained personnel for programming and software development in Western Europe and the United States. The academy takes talented at-risk Salvadoran youths, trains them in English and computer programming skills and connects them to companies in the West. But Kodigo is not just a job training program. It also focuses on developing the character of its students by teaching values-based decision-making.

The program is also ambitious. It seeks to be an engine for building a middle class for El Salvador. Students are asked to make a commitment to remain in the country and work for its betterment. Since programming work can be done remotely, this commitment is possible and, in many ways more desirable. The cost of living is considerably lower in El Salvador than, say, Brooklyn or Silicon Valley. The disposable income that remains after graduates have paid their living expenses is then spent in other sectors in El Salvador and helps boost the economy.

When you consider that only 3 percent of those targeted by the program have previously received any employment training, Kodigo has great potential. In fact, it is already having a positive impact. Several of the students I met told me that without this program, they would be out on the streets seeking employment with gangs in the illegal economy.

Kodigo and the work of the Kriete Foundation are no substitute for a functioning government, one capable of bringing down the crime rate and providing a basic social safety net, but such a government is no substitute for a vital third sector either. And neither is possible without faith and devotion, the kind of devotion that Father Cortez reportedly displayed during his life.

Here’s praying that all that together will give El Salvador the opportunity and the means to be the place of lasting peace and prosperity the country’s name signifies.