Don’t make your neighbor your enemy. It will hurt you both. 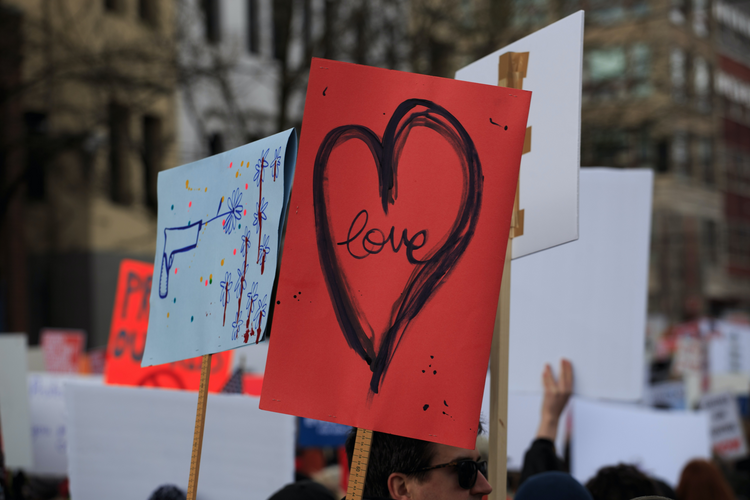 Homemade signs at a March for Our Lives protest in Seattle, Wash., on March 24, 2018. (UnSplash/Ben Mater)

“Our unwillingness to see our own faults and the projection of them onto others is the source of most quarrels, and the strongest guarantee that injustice, animosity, and persecution will not easily die out.” - Carl Jung

What was supposed to happen in the aftermath of the revelations of the systemic cover-up of sex abuse in the church? What will be the long-term changes that accompany widespread unrest and outrage over racial injustice and violence against minorities? How will we emerge from the Covid-19 pandemic as a people and a church?

One thing is certain: All three exacerbated our older grudges against our tribal counterparts.

The commentary—from zealous online personalities and public statements to press analysis and “open” letters—typically begins with denunciations and finger-pointing, followed by a corresponding diagnosis of each crisis’ precipitating causes, and then the matching solution. The premise of the blame (from the Latin praemissus, “that which is sent before”) fits the projected countermeasures with its own internal logic, like Russian nesting dolls. This deeper structure explains why some interpretations of the crisis are mutually exclusive.

In my frustration to sway my interlocutor I can embark on a Freudian quest to divine some dark motive secreted in his or her heart—purportedly where the real problem lies. To paraphrase the moral philosopher Alasdair MacIntyre, the intractability of our disagreement subsequently incites efforts to “unmask” my opponent’s questionable character. (If I cannot convince you by my good reasons, then there must be something wrong with you.)

In my frustration to sway my interlocutor I can embark on a Freudian quest to divine some dark motive secreted in his or her heart—purportedly where the real problem lies.

Some of the exchanges remind me of a scene near the end of George Orwell’s Animal Farm where, like recent developments in the church, events have come to an ugly head:

An uproar of voices was coming from the farmhouse. They rushed back and looked through the window again. Yes, a violent quarrel was in progress. There were shoutings, bangings on the table, sharp suspicious glances, furious denials.... Twelve voices were shouting in anger, and they were all alike. No question, now, what had happened to the faces of the pigs. The creatures outside looked from pig to man, and from man to pig, and from pig to man again: but already it was impossible to say which was which.

Pick your side; it can be hard to tell the difference when proponents right and left generate more heat than light. Perhaps Pope Francis had this in mind with his recent Pentecost message, when he alluded to the “culture of insults” that characterizes some of the interchange among Catholics.

To be sure, sorting out fact from “friction” can feel like a traipse through a hall of mirrors. This is hugely disorienting and sometimes tragically misleading for Catholics who haven’t the time or the inclination to fact check. To some extent, we are beholden to our leaders’ and commentators’ interiority, the quality of the private road they have taken to arrive at judgments of truth and value.

Protest is a moral art, not a catharsis. Denunciation might warm the cockles of my heart but rarely does it change my opponent’s mind. It usually succeeds only in attracting others who share my premise and its ensuing train of logic. This is how like-minded people amalgamate into Catholic subcultures and online communities, often becoming chapels in the church.

Denunciation might warm the cockles of my heart but rarely does it change my opponent’s mind.

This does not mean that there is nothing to call out. But it is not the only dynamic at play. The conflict taps into something far more personal and biographical. Have you ever met someone who backs the timely justice issue but mutilates them with their unconscious, destructive energy? They point to a real problem, but others are left gazing at the accusing finger. The Trappist monk Thomas Merton fessed up to that very tendency in himself in The Sign of Jonas: “The world I am sore at on paper is perhaps a figment of my own imagination.”

The tone of the conversation comes across as Manichaean, that notorious us-good-them-bad polarity undergirding our histories. Former President George W. Bush moseyed into this minefield with his infamous “Axis of Evil” tag and, for a short time after the attacks of Sept. 11, 2001, with the combustible “crusade” rallying cry. We do it when we draw a line in the sand in view of “those” kinds of people; whether theologically left or right, clergy or laity, the conservative faithful remnant or the progressive prophetic church, gay or straight. It happens when members of the hierarchical church blame society and the 1960’s sexual revolution for the church’s problems. It happens when society refuses to accept the powerful energies of eros evidenced with its own projections onto the church. Demonization, projection, otherizing, caricature and scapegoating are members of the same Manichaean family.

Is the demonization of the Other actually an unwitting parading of my own demons?

Frankly, reality is more manageable when everyone can be tidily sorted into the complementary categories of halos and horns. Contrast against some Other gives us a sense of purpose, belonging and place (teenagers go through this with their parents), but this is a pseudo-identity conscripted into the service of a psychological war. Even our calls for ecclesial reform need to be circumspect so that we do not define ourselves against “The Church.” As Alasdair Macintyre noted in After Virtue, “Those who persistently attack bureaucracy effectively reinforce the notion that it is in terms of a relationship to bureaucracy that the self has to define itself.”

Is the demonization of the Other actually an unwitting parading of my own demons?

Psychological projection (or transference) creates a moral world that cannot be underestimated, and few of us seem capable of integrating the mechanism that draws such self-assured conclusions about our ideological nemeses. In these scenarios, what I dislike in myself (but is not yet acknowledged) latches onto corresponding external biographical elements; I see it so clearly because, symbolically speaking, it is me. For example, if possessing power or honor-seeking are my secret proclivities, can I really speak to the same problem in others with clarity and integrity? Not at all; there is too much of myself in what I am denouncing, and this oversight will generate false solutions. Blame and projection are bedmates.

Movements and special interest groups also project the full brunt of evil onto an external “them” and thereby disassociate themselves from the characteristics that the others symbolize. “Get such-and-such out of the church,” could be translated psychologically as “get that reminder of my own tendencies away from me.” Ironically, these inclinations later surface among their numbers when the evil materializes in their own fold.

We are in the dangerous waters of scapegoating, and like Jonah who was tossed overboard to calm the storm, we presume that getting rid of “them”—whoever they are—will restore the church to a healthy equilibrium.

Without naming it, Alexander Solzhenitsyn spoke to this metaphysical dualism in The Gulag Archipelago: “If only there were evil people somewhere insidiously committing evil deeds, and it were necessary only to separate them from the rest of us and destroy them. But the line dividing good and evil cuts through the heart of every human being.”

The Manichaean framing ultimately betrays us by the theological and pastoral responses constructed from the illusion of its false dichotomy. It is happening today with the metaphor of a purifying fire to describe God’s alleged use of every crisis, an image commandeered from the cleansing mentalities of every internecine struggle found on the planet. As we cut out “the gays,” the ecclesiocrats, the conservatives or progressives, our parcel of righteous territory gets smaller and smaller.

We are in the dangerous waters of scapegoating, and like Jonah who was tossed overboard to calm the storm, we presume that getting rid of “them”—whoever they are—will restore the church to a healthy equilibrium.

We need to have second and third thoughts about who that purifying fire should consume. When God purifies there is conversion, not excision.

Jesus’ teaching about noticing the speck of sawdust in our brother’s eye without removing the plank in our own (Mt 7:3-5) speaks to the priority of self-interrogation as a life-habit—not just sporadic reality checks—by establishing a baseline of always deepening self-knowledge before putting others in the dock. Jesus adds an important clause: “First remove the plank from your own eye, and then you will see clearly to remove the speck from your brother’s eye” (Mt 7:5). It is otherwise denouncement without understanding, nuance, wisdom or compassion: the brute Nietzschean will to power.

The best among us know their capacity for their worst; sometimes the godawful “they” is myself writ in large letters. We need to cultivate ascetical practices to interrogate our deeper motives, especially in the heat of conflict. Only spiritual and moral maturity is strong enough to repudiate the self-deceptions of Manichaeism.

How does this help in our current crises in and out of the church? The Holy Spirit does not inspire people to launch toxic verbal missiles. Truth and love are inextricable; when they are estranged it is safe to question the judgment of those voices, and it should raise questions about their spiritual and moral maturity. St. Paul had it right in Col 3:11: “Here there is no Gentile or Jew, circumcised or uncircumcised, barbarian, Scythian, slave or free, but Christ is all, and is in all.”

Even in my nemesis.

More: US Church / US Politics / Theology 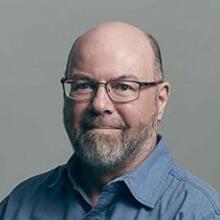 The Rev. Mark Slatter is a priest with the archdiocese of Ottawa, Ontario, and is a professor of theological ethics at Saint Paul University in Ottawa. He worked with Ottawa’s homeless and those struggling with substance abuse for 15 years.