Remembering René Girard and the radical legacy of mimetic theory. 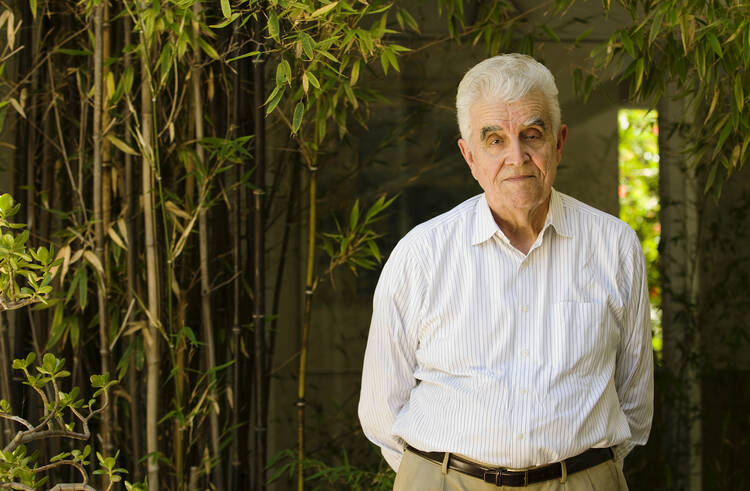 In his 1950s poem “Vespers,” W. H. Auden recalls a meeting of representatives of two different political standpoints. They come together:

to remind the other (do both, at bottom, desire truth?) of that
half of their secret which he would most like to forget,
forcing us both, for a fraction of a second, to remember our
victim (but for him I could forget the blood, but for me he
could forget the innocence),
on whose immolation (call him Abel, Remus, whom you
will, it is one Sin Offering) arcadias, utopias, our dear old
bag of a democracy are alike founded:
For without a cement of blood (it must be human, it must be
innocent) no secular wall can safely stand

Nobody familiar with René Girard’s mimetic theory can read this poem and not think somehow that Auden “got it.” Although Girard only discussed this poem briefly in a less prominent work, he argued convincingly that so many of the greatest literary giants—Proust, Dostoevsky, Freud, Shakespeare, Sophocles, the evangelists, the Psalmist—got it, or very nearly got it. Girard’s doggedness led him on a wild intellectual journey from the great novelists to Greek tragedy, from biblical texts to the writings of Freud and Nietzsche. He devoted his final book to the thought of a Prussian military historian, Carl Clausewitz.

Even in taking full measure of Girard’s impact on the human and social sciences, it seems silly to label Girard a “genius.” Besides being a Romantic descriptive that Girard would have certainly abhorred, such a moniker ignores the fact that Girard’s great insight was not his at all. His primary talent was to notice how others captured the mimetic quality of human desire, and the consequences of this peculiarly human way of desiring. Mimetic anthropology claims that our desires are borrowed from a model’s desires; we want what others want, or what we perceive others to want. This feature of human consciousness explains why humans (nay, the same person) can be both good and wicked. Any anthropology that claims a primordial generosity, or violence or benevolence, cannot satisfactorily account for the counter-examples. Mimetic theory explains the patterns of escalation—in one direction or another—that can result in thousands of volunteers rushing to aid victims of the most recent natural disaster, and “volunteers” of a similar number who gassed their fellow humans without blinking an eye. Social media simultaneously captures the pattern of escalation—witness #Heresygate—while putting a lid on it, or a screen between it.

Girard’s insights into the nature of human desire compelled him to explore how the mimetic capacity impacted human origins. His readings resulted in his theory of the scapegoat mechanism, to account for how the earliest human societies dealt with the change in genetic software that made humans human. On account of their lower mimetic capacity, animals stop retaliating once one animal has established dominance. Humans, on the other hand, lick their wounds but never forget. Something like the scapegoat mechanism must have emerged to explain how the earliest human societies did not collapse under the weight of a mimetic outbreak. The rites and myths from almost every human culture left a trace of this foundational murder. Like Darwin’s nature, Girard’s religion was red in tooth and claw.

Developed in the 1960s and early 1970s, Girard’s theory of cultural origins led to a strange twist: the discovery of the immeasurable gulf between biblical and archaic religion. When we read a myth we assume the guilt of the victim. Oedipus must have slept with his mother and killed his father; what else would explain the plague? The Gospels, on the other hand, compel us to perceive the innocence of the victim. When we take full stock of this insight, there’s no going back. Past memories of scapegoating come into focus, and the veil hiding the victim in each new myth becomes increasingly transparent. Medieval tales of Jews poisoning wells and witches sowing destruction through the evil eye, lose their power. The result of this insight set Christianity and every civilization it touched on a course that forever altered human history. In the words of Flannery O’Connor’s Misfit, Jesus “thrown everything off balance.”

Girard leaves us with a hermeneutical legacy: once one encounters the mimetic insight, one can never read literature the same way again. The tropes are everywhere: triangles, rivalries, reciprocation,  expulsion. Whether it’s the race for president, the latest squabble among celebrities, race relations in Ferguson, or the dynamics of family gatherings and department meetings, a “Girardian” take always brings an insight that we constantly try to forget.

I came late to Girard on several counts. I am a “third generation” Girardian. Before me were those who studied with Girard and went on to do much of the work that popularized mimetic theory (the first generation), and those who discovered Girard and started to go to the Colloquium on Violence and Religion meetings while Girard was still active (the second generation). Further, I had already completed my Ph.D. in theology before I ever picked up a book by Girard. When I did pick him up, around 2003, I could not put him down. There was a force to his writing, a power that one almost never encounters among books by intellectuals. It made me change theological course, despite already having a field and a tenure-track job.

In reading dozens of obituaries and reflections over the past two days (a few examples here, here and here), his friends and loyal disciples have touched on almost all of the important points, save one: there is an Ignatian quality to mimetic theory. Mimetic forces operated loudly in the life of St. Ignatius, and his “Exercises” and contemplative practices seem geared to helping us gain awareness of the undercurrents that otherwise manhandle us. This explains to some extent why the first theologian to discover Girard was a Jesuit—Raymund Schwager—and why Henri de Lubac, perhaps the greatest Jesuit theologian of the past century, read Girard and assured him that nothing in his thought could not be reconciled with orthodox Christianity.

A palpable sadness crept over me when I heard of his passing. I only met him once, in 2007, but my experience matched so many others. Girard did not just apply mimetic theory; he internalized it. He manifested humility, peace and even a simple holiness.

Correction (Nov. 16, 2015): This article has been revised to reflect the fact that René Girard mentioned W. H. Auden's "Vespers" in an interview that was later reprinted in To Double Business Bound. 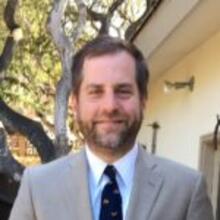 Show Comments (
1
)
Comments are automatically closed two weeks after an article's initial publication. See our comments policy for more.
Jeremiah Alberg
7 years 2 months ago
This is a wonderful tribute. I have always felt that Girard's work leads me to prayer. Some of his writings, especially his book on Dostoesvsky, make for good spiritual reading. A work on the mimetic aspects of Ignatian spirituality remains to be written.