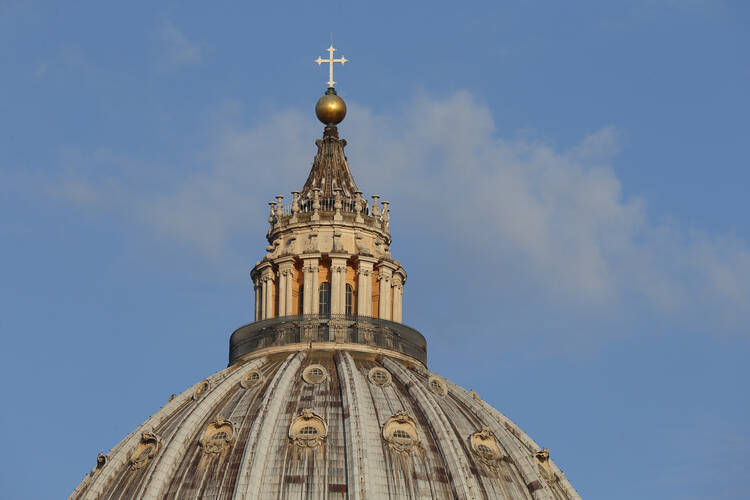 In a major step forward in combating the abuse of minors and vulnerable adults by clergy in the Catholic Church, the Vatican has today published a “vademecum” or handbook to guide bishops and superiors of religious orders in dealing effectively with allegations of abuse by clergy.

The 32-page document includes 164 articles that contain up-to-date legal norms and best practices that bishops and superiors of religious orders should follow whenever they receive an allegation of abuse of minors by clergy or come to know of such abuse. Cardinal Luis Ladaria Ferrer, the prefect of the Congregation for the Doctrine of the Faith, told Vatican News that the text was drafted with input from the local churches and will be updated.

Archbishop Giacomo Morandi, the secretary of the C.D.F., told Vatican News that “given the complexity of norms and best-practices, this guide aims to point out a path, to assist in not getting lost.”

“The real novelty,” the archbishop said, “is that for the first time the procedure is described in an organized way—from the first report of a possible crime to the definitive conclusion of the cause—uniting the existing norms and the praxis of the Congregation.”

The text is a result of discussions during the February 2019 summit on abuse that brought together the presidents of bishops’ conferences and representatives of superiors general of religious orders from some 120 countries.

It will enable the building of a new culture throughout the Catholic Church in dealing with all cases of abuse by clergy. It documents that the era of ignoring abuse or the cover-up of abuse has ended. This is a document that requires that immediate action is taken when reports of abuse are received.

The handbook contain the most up-to-date legal norms and best practices that bishops and superiors of religious orders should follow whenever they receive an allegation of abuse of minors by clergy or come to know of such abuse.

Pope Francis had to intervene personally to overcome the resistance and did so on Dec. 17 by issuing new legislation regarding the pontifical secret in relation to “cases of sexual misconduct” (a term that covers not only minors but also “vulnerable adults”). Archbishop Charles Scicluna, a strong advocate of this change, described the pope’s decision then as a “momentous shift toward transparency” and “one of the main fruits of the summit.”

At the same time, Francis also updated the definition of child pornography to cover victims up to age 18.

With the pope’s decision, the way was open to finalizing the vademecum, but it has taken seven months for the C.D.F. to finalize the text in consultation with the Secretariat of State.

The introduction says the handbook “is meant...for those charged with ascertaining the truth” in cases of grave transgression “leading them step-by-step from the allegation of the crime to the definitive conclusion of the case.” While it does not issue new norms or alter current canonical legislation, “this manual seeks to clarify the various stages of the procedures involved. Its use is to be encouraged since a standardized praxis will contribute to a better administration of justice.”

It does not include guidelines for carrying out the judicial penal process in the first grade of judgment since it was felt that the procedure outlined in the present codes is sufficiently clear and detailed.

Pope Francis had to intervene personally to overcome the resistance by issuing new legislation regarding the pontifical secret in relation to “cases of sexual misconduct.”

It defines a “minor” as a person under 18 years of age and “vulnerable adult” as “any person in a state of infirmity, physical or mental deficiency, or deprivation of personal liberty which, in fact, even occasionally limits their ability to understand or to want or otherwise resist the offence.”

Section II explains “what must be done when information” of any kind “is received about a possible delict” and underlines it does not need to be “a formal complaint.” It says the information can come from “a variety of sources,” including “from an anonymous source, namely, from unidentified or unidentifiable persons” (No. 11).

It emphasizes that “the anonymity of the source should not automatically lead to considering the report as false. Nonetheless, for easily understandable reasons, great caution should be exercised in considering this type of information” and adds, “anonymous reports certainly should not be encouraged.”

This is particularly significant; it means that bishops and religious superiors must take into account anonymous denunciations of abuse; they cannot simply dismiss them because they are anonymous, as has happened up to now.

The handbook underlines that while a case of abuse made known in confession remains under the seal of the sacrament, nevertheless “the confessor...should seek to convince the penitent to make that information known by other means, in order to enable the appropriate authorities to take action” (No. 14).

It says that if the information about a crime seems plausible, then “a preliminary investigation ought to ensue.”

Section III explains how this preliminary investigation is to be carried out and explains that its aim is to determine if there is sufficient information “in law and in fact so as to consider the accusation as having the semblance of truth.”

Ecclesiastical authorities “must ensure that the alleged victim and his or her family are treated with dignity and respect and must offer them welcome, attentive hearing and support, as well as spiritual, medical and psychological help.”

The vademecum speaks in article 44 about taking precautions to protect “the good name” of the person being accused but adds that “should the common good be endangered, the release of information about the existence of an accusation does not necessarily constitute a violation of one’s good name.”

Regarding informing the state authorities, it says, “When the laws of the state require” the bishop or superior to report information of a crime, “he must do so, even if it is expected that on the basis of state laws no action will be taken (for example, in cases where the statute of limitations has expired or the definition of the crime may vary)” (No. 49).

Moreover, “whenever civil judicial authorities issue a legitimate executive order requiring the surrender of documents regarding cases, or order the judicial seizure of such documents” the bishop or religious superior “must cooperate with the civil authorities” (No. 50).

In terms of hearing witnesses who are under 18, the handbook states that “in cases where it proves necessary to hear minors or persons equivalent to them, the civil norms of the country should be followed, as well as methods suited to their age or condition, permitting, for example, that the minor be accompanied by a trusted adult and avoiding any direct contact with the person accused” (No. 51).

The handbook emphasizes that “the ecclesiastical authorities must ensure that the alleged victim and his or her family are treated with dignity and respect and must offer them welcome, attentive hearing and support, also through specific services, as well as spiritual, medical and psychological help” (No. 55) and adds that “the same can be done with regard to the accused.”

From the outset of the preliminary investigation, it says the bishop or superior has “the right” to impose “precautionary measures” on the accused, and this should be made known, but it counsels against “transferring” him to another place (Nos. 60-63). It lays down time limits for the investigation and requires the bishop or religious superior to send the conclusion to the C.D.F. (No. 69).

Section IV of the handbook speaks about what the C.D.F. does when it receives the report of the preliminary investigation. It says that “after attentively examining” the report “the C.D.F. can then choose to act in a variety of ways: it can archive the case; request a more thorough preliminary investigation; impose non-penal disciplinary measures, ordinarily by a penal precept; impose penal remedies or penances, or warnings or rebukes; initiate a penal process; or identify other means of pastoral response. The decision, once made, is then communicated to the Ordinary with suitable instructions for its execution” (No. 77).

Article 84 explains that a penal process can lead to acquittal, conviction or dismissal.

Section VI speaks about the three different types of penal process: judicial, extrajudicial or or in the most grave cases a decision reserved to the pope (Nos. 85-86).

Section VII speaks of what happens when the penal process ends. Section VIII speaks about the possibility of recourse against the penal decree following conviction and how this is done. Section IX says that once an allegation of abuse is made “the accused has the right to present a petition to be dispensed from all the obligations connected with the clerical state, including celibacy, and, concurrently, from any religious vows” and it says, the bishop or the religious superior “must clearly inform him of this right” and how he can exercise it.