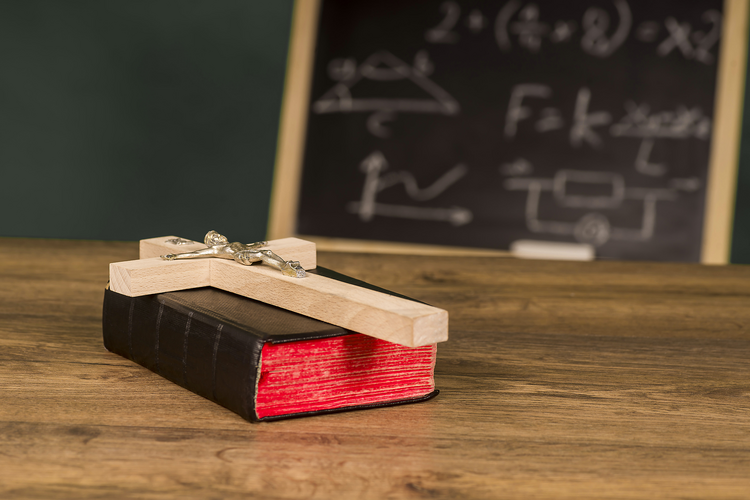 As a gay Catholic teacher, I have spent much of my life in a precarious balance. Growing up in a Catholic family, going to Catholic schools, I know what it is like to balance my deep-seated values as a practicing Catholic with the dictates of being a discerning gay person in potentially averse environments. And now the U.S. Supreme Court has ruled that L.G.B.T. workers are protected by laws against sexual discrimination, throwing the stance of U.S. bishops against the legal protection of L.G.B.T. workers at religious institutions into sharper relief.

According to New Ways Ministry, more than 100 educators in Catholic schools across the country have been removed since 2007 due to knowledge of their same-sex relationships. In February, two of my faculty colleagues at Kennedy Catholic High School in Burien, Wash., were asked to resign after their same-sex partnerships were brought to the attention of our administration.

The practice of removing L.G.B.T. teachers must end in order for a dialogue to begin.

These dismissals are traumatizing for a school community regardless of whether one believes they are necessary. For the staff, it is a painful moment of realizing too late that catechesis is what we had been hoping for all along. Students receive a blunt lesson in what God’s justice looks like when no mercy accompanies it.

The practice of removing L.G.B.T. teachers must end in order for a dialogue to begin. Thankfully, awareness of this fact is starting to take hold, at least in the city where I teach.

Archbishop Paul D. Etienne of Seattle responded to the resignations of my colleagues with a public statement in which he said, “Pastors and church leaders need to be clear about the church’s teaching, while at the same time refraining from making judgments, taking into consideration the complexity of people’s lived situations.” Archbishop Etienne also listened to our staff during a pastoral visit in February and wrote us a sincere letter committing to assembling a task force “to look at how we apply universal church teaching locally” and to “examine how we remain faithful to our mission in a dramatically changing world.” An outside facilitator has already been selected. Talks will begin in the fall.

Employees at Catholic schools nationwide are required to sign a morality clause, often known as a ministerial covenant. It briefly states that we will adhere to church teaching and morality, though its implementation and enforcement are generally left unexplained. The covenant will take center stage in the work of the Seattle task force. The three charges that guide the mission of the task force are: (1) to study and discuss church teaching and tradition as it relates to sexuality and moral development; (2) to analyze the opinions of archdiocesan stakeholders (including students, families, alumni and the staff of archdiocesan schools) regarding the ministerial covenant; and (3) to recommend to the archbishop an informed approach to the ministerial covenant that respects the first two goals.

If the church continues to say that gay Catholics cannot work in church institutions, it is really saying that they must live dishonestly or leave the church.

You can imagine the questions. Some Catholics wonder why being openly L.G.B.T. is the predilect offense to the covenant when other practices the church declares morally objectionable, such as using contraceptives, being divorced or missing Mass on Sunday, do not provoke the same scrutiny. Non-Catholics on staff wonder how the covenant even legally applies to them. (The covenant may also seem odd to the roughly 17 percent of Catholic school students nationwide who come from non-Catholic families.) Private battles of conscience brim to the surface for staffers who know that a punishment leveled at L.G.B.T. colleagues could just as easily have been applied to themselves.

We are not immoral people. We are sinners and believers striving for holiness.

As Catholics, we want to know there is order to our lives, and that is what makes the firing of L.G.B.T. educators all the more perplexing. We have been imagining fuller gay inclusion for a long time. The church, as a vanguard for inborn dignity, should care deeply—and continuously—about finding ways for the baptized to live out the Gospel call.

My greatest hope for the task force is that its members recognize that this is bigger than employee contracts. This is about vocations. This is about deciding who gets to be what.

I know from discerning the priesthood, through spiritual direction and retreats while at Gonzaga University and the University of Notre Dame, that discernment requires honesty about one’s sexuality. Unfortunately, this honesty is fostered and encouraged in certain settings of the church only to be quelled in other settings. Our young men and women deserve a better listening ear from all whom they invite into their discernment.

After the pastoral session, Archbishop Etienne wrote that “hearing first-hand the hurt, frustration and confusion was both helpful and challenging.”

Some may still say there is no such thing as a “gay Catholic,” that the phrase is incongruous. To that, I cite Article 6 of the Catechism, Paragraph 2332, which I have had bookmarked since I was a kid. It states that “sexuality affects all aspects of the human person in the unity of his body and soul. It especially concerns affectivity, the capacity to love and to procreate, and in a more general way the aptitude for forming bonds in communion with others.” In short, my sexuality is entirely integrated with my personality, my whole self. It cannot be isolated, removed and examined as though it were a dispensable part.

In his response letter to our school community after the pastoral session, Archbishop Etienne wrote that “hearing first-hand the hurt, frustration and confusion was both helpful and challenging.” I have been holding him to that challenge and I will continue to do so—even though I am losing count of how many times I have gotten my hopes up over language such as this only to be let down. That’s okay.

In the Archdiocese of Seattle, we will begin dialogue in the fall to help make our Catholic schools charitable workplaces and engaged learning environments. I urge you to join us by asking your bishops to do the same.

First, let us pause the practice of removing gay faculty to initiate a search for understanding. The next steps will become clear, and possibilities include: coordinating task force recommendations nationally; asking the U.S. Conference of Catholic Bishops to recognize the harm of the recurring L.G.B.T. faculty removal decisions; unifying schools by standardizing the catechetical certifications and morality clause disparities that systemically divide them; and seeking to address exclusionary language in the church that enables any current injustice or breakdown in God’s work.

Show Comments ()
Join the conversation: Login or create an account
Before you can comment, you need to update your profile to include your first and last name, as required in our comments policy. Then reload this page and you'll be set up for commenting. Update your profile
Advertisement
More: LGBT / Catholic Education 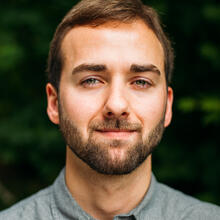 Luke Janicki is a high school English teacher and a Seattle-area native. He has his M.Ed. from the University of Notre Dame.