Living with pre-grief amid a pandemic 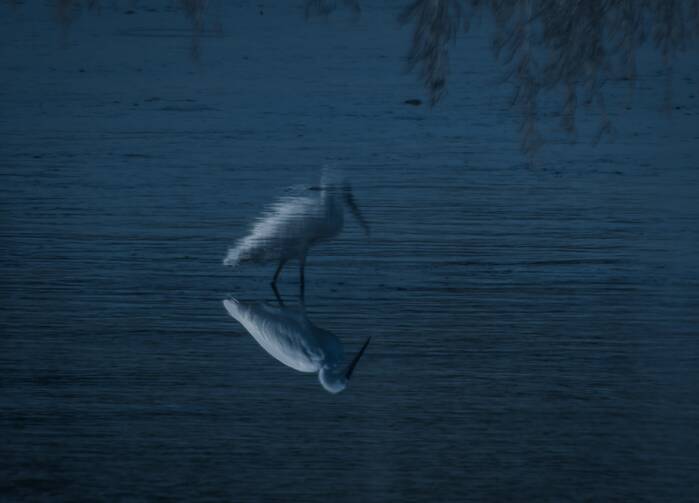 Photo by Jossuha Théophile on Unsplash

Up suddenly, seemingly urgently and for hours in the middle of the night, I am scrolling through pictures of my baby—this darling boy, asleep across the hall, no longer a baby at all but a chatty, funny toddler. I am scrolling to allay the sudden thickness in my chest that I have found momentarily dissolves when exposed to sweet things. And then, hidden among myriad frames of baby Johnny, a picture of a poem, “The Peace of Wild Things,” by Wendell Berry.

When despair for the world grows in me
and I wake in the night at the least sound
in fear of what my life and children’s lives may be,
I go and lie down where the wood drake
rests in his beauty on the water, and the great heron feeds.
I come into the peace of wild things
who do not tax their lives with forethought
of grief. I come into the presence of still water.
And I feel above me the day-blind stars
waiting with their light. For a time
I rest in the grace of the world, and am free.

The forethought of grief: That is what all of this feels like.

That is why it is so familiar.

In therapy, a few weeks after my brother’s death, I learned the word pre-grief. It probably has a technical, psychological definition, but as far as I am concerned it means you prepare for something you actively hope against. You simultaneously prepare for a death and refuse to call it preparing because preparation would somehow be a concession to the illness, to the possibility that this illness could take over, could take his life.

You simultaneously prepare for a death and refuse to call it preparing because preparation would somehow be a concession to the illness, to the possibility that this illness could take over, could take his life.

And that is what it has felt like lately: that constant negotiation between the absolute absurdity and absolute necessity of hope and the simultaneous, equally absurd preparation for the worst. A pandemic that I know is only going to get closer to home, only going to get worse—well, do I know that? I don’t know. There could be a cure or sufficient social solidarity. I hope so. But while I hope, I prepare for exponential escalation.

Hope and prepare, prepare and hope.

One Christmas, I do not know how many years ago, we rifled through stacks of National Geographic magazines at my aunt’s house and resolved to determine the proximate animal personality for each sibling. I was a turtle and proudly so: rarely on time, obsessed with what is ancient in a modern world. He, a blue heron. Standoffish, long, lean. Something about the tension between staying grounded and taking flight.

I probably saved the Berry poem to my phone because of the heron—I tend to do that now. I don’t know if I think they are a sign or if they just make me think of him. I am not especially worried about figuring out the precise nature of my relationship to this animal. But they make me pause. They open up my chest when my chest constricts, anxious with the heartaches of my home or the worries of the world.

Pre-grief is not the absence of hope. Somehow, we can mourn what is passing away even while we work to preserve it.

This is not new, this feeling.

As we grieve the coronavirus, look to Mary, the Mother of Sorrows
Vanessa R. Corcoran

And because I have known this feeling, I know pre-grief is not the absence of hope. Somehow, we can mourn what is passing away even while we work to preserve it. Forethought of grief can motivate; it can intercede. It can see the dead end—the death, the end—and demand a creative response instead of resignation.We are not wood drakes or herons, nor even (I am sad to say) turtles. We give forethought to grief. And although I have not learned to mimic the heron’s stoic composure, “The Peace of Wild Things” does give me peace. I rest in the realization that I am acting—like the heron and drake, the stars and still waters—as I was made. Humanly. And thus with the capacity for forethought, that great power of anticipation that makes possible both grief and hope, long before either has been born out in time.

I shut off my phone, the promise of sleep nearer than before. This knot in my chest, this welling up of anxiety over all that we face as a race—this is familiar. It has kept me up before, countless nights. And now that I know what it is, I can greet it, welcome the role it plays to alert and stir me, dismiss it for the evening and try to rest. 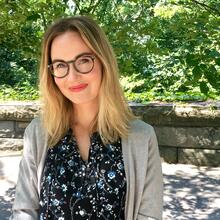 Ellen B. Koneck works at Springtide Research Institute, an organization dedicated to exploring and listening to the inner and outer lives of young people. She manages acquisitions and marketing at Anselm Academic and previously worked at Commonweal magazine, taught at Sacred Heart University and received a master of arts in religion from Yale Divinity School.

@ellen_koneck
Show Comments ()
Join the conversation: Login or create an account
Before you can comment, you need to update your profile to include your first and last name, as required in our comments policy. Then reload this page and you'll be set up for commenting. Update your profile