Podcast: Pope Francis wants coronavirus to change the way we do economics

Podcast: Pope Francis wants coronavirus to change the way we do economics 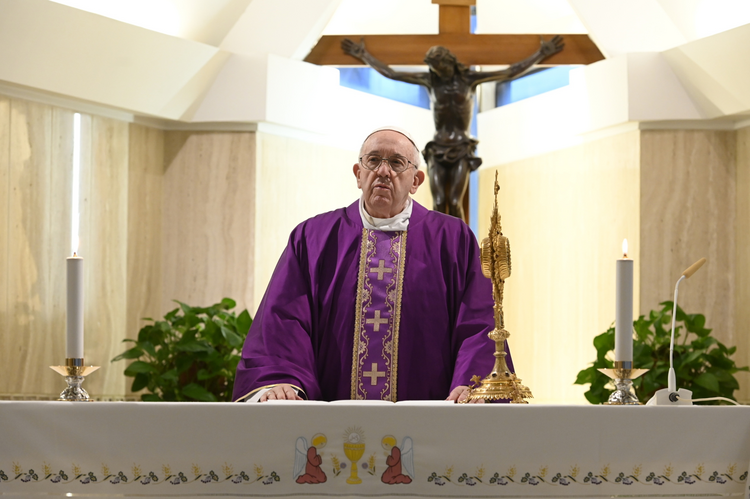 Pope Francis celebrates Mass in the chapel of his Vatican residence, the Domus Sanctae Marthae, April 1, 2020. The pope thanked journalists and members of the media "who work to communicate so that people don't find themselves so isolated." (CNS photo/Vatican Media)

In this episode of “Inside the Vatican,” America’s Rome correspondent Gerard O’Connell and I cover how Pope Francis and other Vatican leaders are making a concerted effort to draw people’s attention to the major ethical questions arising from the coronavirus pandemic—especially, how to protect poor and vulnerable people amidst economic instability.

“The governments that face the crisis” with social distancing and lockdowns “show the priority of their decisions: the people first,” Pope Francis wrote in a recent letter to an Argentinian judge. “This is important because we know that to defend the people supposes an economic setback.” Gerry and I discuss the pope’s letter and his understanding of how governments should balance economic interests and public health interests.

Building on these calls, the Pontifical Academy for Life, which focuses on the intersection of biomedical research and moral theology, issued a new note this week stressing the importance of solidarity between people and the sharing of resources between nations during and after the pandemic. On “Inside the Vatican,” we explain the note’s important points and how they fit into the Vatican’s ongoing coronavirus response.