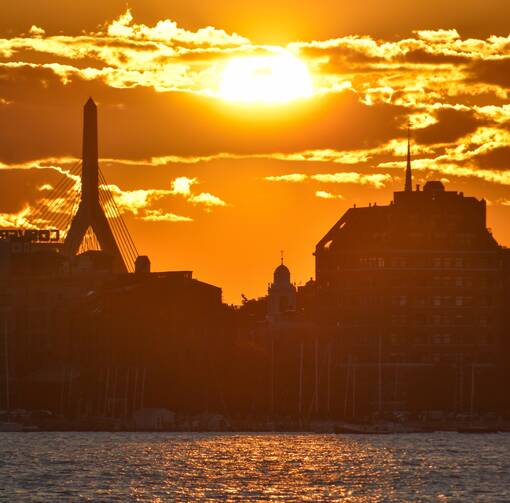 Photo by Glen McCallum on Unsplash

Every year during housing selection at Boston College, rising seniors fight tooth and nail for a space in the school’s modular housing—which the students call “mods”—a clutch of 38 barn-like structures. The B.C. mods are filled with a deep sense of tradition and belonging that cut across the entire senior class, making them the hub for senior events throughout the year—especially when the time comes to say goodbye.

As a graduate student at Boston College, I was present as the school ramped up its response to the dangers of the coronavirus. And I had the opportunity to witness over the course of five days the ways in which the students at Boston College—especially the seniors—learned firsthand how strong that camaraderie is, even as the time to enjoy it was cut short.

Ariel Lynch, a member of the undergraduate class of 2020 from Orlando, Fla., was sitting in a senior seminar for applied psychology when she received word that she and every other student living on campus had five days to return home in the face of the coronavirus’s spread. Calling her mother to notify her of the situation on the way back to the mods, Ariel returned to what she described as an “anti-tailgate.” Seniors fell into each other’s arms crying—whether in groups of two or six, saying how much they loved one another. Students smashed broken televisions in catharsis. The air was full of the smell of beer and the smoke of impromptu cookouts as the soon-to-be graduates choked out a last hurrah while they still could.

Many saw this coming. Harvard University and Boston University had recently decided to send their students away, and it was only a matter of time until B.C. would do the same. Some assumed that students might be forced to stay in the residence halls but would remain on campus. Regardless, every senior when asked about that moment remembers a “collective sorrow” falling upon the school. Though the situation was uncertain for all, the younger classes at least had a sense that they would return. For the seniors, this felt like a tragic if necessary end.

Every senior when asked about that moment remembers a “collective sorrow” falling upon the school.

Over the next few days, that grief gave way to action and resourcefulness among the students. Students booked flights home, storage was secured with the help of the administration, who also granted extensions for housing, and goodbyes were shared. Marissa Papula, the campus minister for Kairos, a young-adult retreat program, was amazed by the ways in which the students took the time to write notes in longhand to those to whom they wished to say goodbye. As she tended to students in the midst of exhaustion (hers and theirs), she saw not only gratitude in the students for their education, formation and friendships; there was also a deep desire for closure, a desire that students were swift to sate.

As parents returned to help their children move back home or store their belongings, they were treated to impromptu shows by a capella groups who gathered to sing for one last time. These groups would later face each other in an informal version of their traditional end-of-year competition. Seniors carried on their beloved tradition of “mod weddings”—a Christmas light-adorned, guitar-accompanied, tear-streaked event, during which graduates pretend to marry in an uproarious ceremony—with only a couple of hours’ notice.

Massive banquets among roommates were held where gnocchi, quiche, burgers, broccoli and whatever else was in the freezer was cooked and eaten. Seniors who had never had a chance to go on a Kairos retreat received an unexpected email inviting them to attend an informal “mini Kairos” by their friends who had attended and wanted them to belong to the community of those who had experienced it. The dance teams’ annual competition took place on the lawn of a residence hall, thronged with onlookers. Students who were training to run the now-postponed Boston Marathon ran a section of the course that runs alongside the B.C. campus, with students cheering them along the way holding makeshift signs.

Their strongest weapon in fighting any kind of grief and loneliness was each other.

I asked some of the students why they had bothered to throw together these activities, and they replied that their strongest weapon in fighting any kind of grief and loneliness was each other. As Rohan Dixit, a graduating senior, said: “Everyone came together in an empowering and awe-inspiring way. The sense of love and community that we had gave us a deeper appreciation and gratitude for one another in our last few days.”

Returning home from school for the last time would not be easy for many. But the recognition that the world was suffering along with them helped to dull that pain for some. As Ariel recalled: “At B.C., I found something that I wouldn’t have otherwise: the Jesuit ethos. It trained me to be reflective, to sit, think and process this, see it with depth and clarity.”

Everyone I spoke to had a sense that the B.C. community was celebrating, grieving and in solidarity with students around the world experiencing similar disruption. But many also understood that the changes they endured were not only about them. So they would return home to be alone, to slow the spread of this virus, but first they would gather from their community the strength that they needed to do so.

So they would return home to be alone, to slow the spread of this virus, but first they would gather from their community the strength that they needed to do so.

As students weighed the difficult decisions over which belongings to part with, how to arrange travel in the midst of a decimated airline schedule and how best to say goodbye, they received plenty of help from B.C.’s staff and administration. Resident assistants helped them pack up gear, ministers and counselors were around to listen and give presence, and faculty supplied everything from airport transportation to a dozen pizzas as a token of farewell to the departing seniors.

At last, Sunday morning came. Some students had spent the night building pillow forts, having sleepovers, fueling themselves on a last cup from Dunkin’, and now the time had come for the end. Hundreds of seniors made the trek from the mods to the edge of the nearby Chestnut Hill Reservoir to watch the sunrise over the cloud-streaked skyline of Boston for one last time as undergraduates. Social distancing was not yet understood or strictly enforced in the Boston area, though it would be soon. They felt they needed a last moment, a last time together to fill the place of a rite of passage that they would not experience.

Students held each other, chatted, sobbed and wrapped themselves in maroon and gold blankets and quilts. The sky turned pink, then gold, and the fiery white sun rose over the whooping and hollering class of 2020. As the hundreds of students solemnly marched back to the mods and their waiting transport, Rohan said goodbye to a friend who told him that “it almost feels like the end of the world, but it’s reshaped how we’re leaving in a positive way.”

"It almost feels like the end of the world."

Most of these students are now home, adapting. Classes have moved online, group text messages are thriving, and the B.C. spirit is fainter now but alive. As one of my friends, a senior named Caleigh Wozniak, told me: “Every day is a new challenge. We’re in a larger world, and we created these memories because we need them to sustain us.”

The students’ departure comes during Lent, and one might consider this time a Holy Saturday of sorts for students. They hope for something better soon, yet my friend’s words also remind us of the larger world of which we are a part, one that may not yet have reached the full sorrow of Good Friday. We are still waiting together to endure the worst, even if that “together” is six feet apart. We ask how we can say goodbye to what we knew, prepare for what is to come, take strength and reflect for the hard times ahead with a sense of hope and resilience. The seniors at Boston College found communion in ways that they would not have been envisioned otherwise. We can as well. 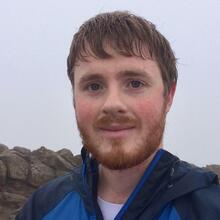 Gus Hardy is a graduate student of theology at the Boston College School of Theology and Ministry. Beyond studying, he works in retreat direction, service-learning, and teaches at a diocesan high school in Cambridge, Mass.