Take me out to the (minor league) ballgame

Take me out to the (minor league) ballgame 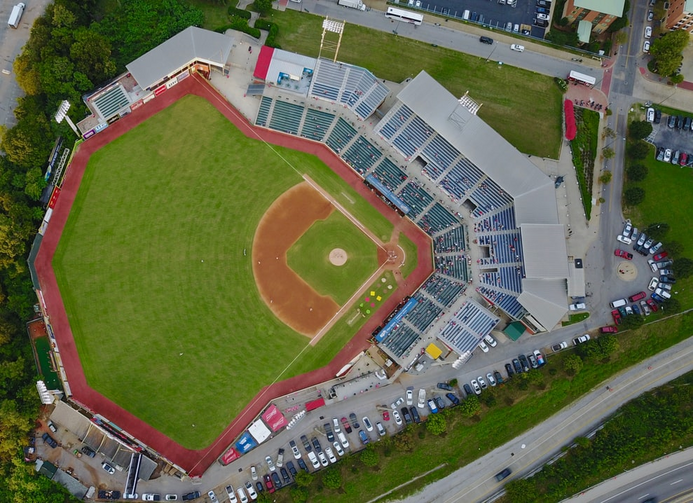 The arrival of another season of baseball is for many Americans like the first bloom of the crocus or the first hint of green on the tree: Springtime is here again, and the national pastime has returned. Across the 30 cities in North America that have Major League Baseball teams and the 160 that have minor-league teams affiliated with big-league clubs, baseball gloves and caps will come out of the closet, Cracker Jack and cotton candy will be bought by the barrel, and the sound of bat hitting ball will once again bring the crowds to their feet.

But if M.L.B. has its way, the number of Americans who will be able to see a professional baseball game in person will be much curtailed in the next few years. As a new Professional Baseball Agreement (the current one expires this year) is worked out, M.L.B. has proposed reducing the number of affiliated minor-league teams by 42 squads.

M.L.B. Deputy Commissioner Dan Halem told Baseball America last October that the proposal was only preliminary, and that M.L.B.’s goal was to improve minor-league baseball by upgrading facilities, increasing salaries, improving the often-arduous travel conditions teams face and reducing the distance between teams in different minor leagues. Players sometimes travel through the night to get from game to game, and often exercise and play in substandard facilities.

Across North America, baseball gloves and caps will come out of the closet, Cracker Jack and cotton candy will be bought by the barrel, and the sound of bat hitting ball will once again bring the crowds to their feet.

But many minor-league franchises see the contraction proposal as a money grab, because the M.L.B. is also asking that financially successful minor-league teams contribute to player salaries going forward. Under the current agreement, M.L.B. teams pay the salaries of the coaches and players of their affiliated minor league clubs, while the minor-league franchises pay for everything else (including travel, equipment and stadium upkeep).

That arrangement has allowed minor-league teams to survive and even thrive in smaller cities and towns. Teams can also be a revitalization tool for small cities, providing a downtown anchor for new development, as is the case in a number of cities and towns in North Carolina, California and New England. They also offer a much more family-friendly environment than many M.L.B. clubs, including between-inning performances that offer a harkening back to America’s long small-town carnival traditions. But under the new arrangement, perhaps only half a dozen of the 42 teams losing their affiliation with M.L.B. clubs would be able to survive.

Resistance to the plan (more than 100 members of Congress have publicly made their displeasure known) has made for some unlikely bedfellows: Two leaders of the opposition are Senator Bernie Sanders of Vermont, a self-described democratic socialist, and Representative Kevin McCarthy of California, a Republican stalwart.

The harsh reality is that for many American families, the only way to experience our national pastime in person is at a minor-league game.

The harsh reality is that for many American families, the only way to experience our national pastime in person is at a minor-league game. The average ticket price for a major-league baseball game in 2019 was $32.99 (with many teams not reporting price increases for “premium seats” or “premium games,” which raise the average ticket price to $76). With parking rates often at $20 or more, a family of four had to spend $150 just to get into the ballpark last year.

By contrast, a 2019 survey conducted by Minor League Baseball estimated the average cost for a family of four to attend a minor-league game was $69.60, including four hot dogs, four drinks and parking.

In addition, the massive financial disparity between fan and player in Major League Baseball (the average player’s salary in 2019 was over $4,000,000) is nonexistent in Minor League Baseball. There, players’ salaries can be as little as $1,160 a month and tend to max out at slightly more than $2,000, even for Triple-A players. In other words, the players are making less than most of their fans, and because they are striving to make the big leagues, not a single one is coasting or malingering, something that cannot be said of some of their major-league counterparts. The road to the major leagues for most is paved with seven-hour bus rides. Can there not be a compromise between $13,000 a year to pay one player and $35,000,000 for another?

According to Forbes, the 30 M.L.B. clubs amassed a record $10.7 billion in revenue for 2019. The issue is clearly not financial duress but avarice. The M.L.B. owes it to their fans to make the game available to everyone who would hope not to be taken at a ballgame.

This article also appeared in print, under the headline “Take me out to the (minor league) ballgame,” in the March 16, 2020, issue.