John Mulaney, my Irish twin who wasn’t to be 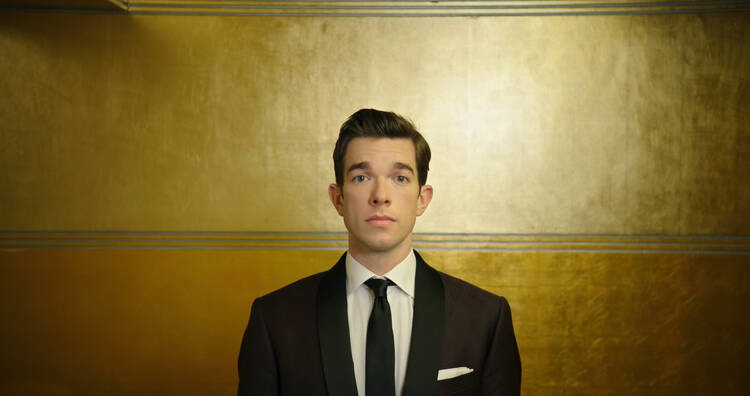 Single at 36, I feel no pressure from the family matriarchs to marry. Strong, weird, assimilated Irish girls do not need a surplus vocation in former altar boys. Close friends are far afield, and family is close by. Plenty of men are likable enough, but few are like me, past the old neighborhood but of it. Finding someone who shares my parochial interests is impossible.

Growing up, I imagined my future husband as a lean, prudish, thick-browed, premature scold. Bred in the church, felled by unrelenting social decline, he would show flashes of interiority that would jolt acquaintances and worry intimates. In inopportune moments, he would overexpress life hurt or conceal latent testiness with impish applications of book smarts. My swain, a Harvard Lampoondemigod, would cuddle me, Radcliffe sidepiece, in the fisherman’s sweater from which we both were knit.

Recognizing yourself in somebody new is just the best. What beats that surge of unsexy, queasy biology?

Recognizing yourself in somebody new is just the best. What beats that surge of unsexy, queasy biology? Unable to quote Scripture off the cuff, I search on Google: “What does the Bible have to say about kindred spirits?”

Citations from the Pauline epistles delineate Christians’ provisional responsibilities to brethren. Each of us is fallible, of the world, and thus everyone among us is a soulmate. Few might beat the shock of recognition that sates the spiritual hunger of Phillipians 2:20—“For I have no one else of kindred spirit who will genuinely be concerned for your welfare.” For those who might, there is 1 Corinthians 11:3: “The head of every man is Christ.” Before these, there was Genesis, and 1 Samuel 18:1: “The soul of Jonathan was knit to the soul of David, and Jonathan loved him as his own soul.”

Of late, I have lamented the lack of kindred in my life, worried it makes me a bad Catholic to suspect the perfect man for me may just be me. Why do I like people better who are like me? Do I better understand your soul if we like the same albums? Does this need for a kindred interfere with building good old-fashioned solidarity?

Of late, I have lamented the lack of kindred in my life, worried it makes me a bad Catholic to suspect the perfect man for me may just be me.

Last winter, I saw several of my brittle lodestars become a smidge less remote. It turns out they are all stricken by a version of this spiritual question. Stephen Colbert was overcome with emotion on the podcast “Conan O’Brien Needs a Friend” when O’Brien told him he believed Colbert was the only man in Hollywood who understood his deathly pale loneliness. Colbert said the feeling was mutual, elaborating with excruciating melancholy. The Irish depressive, absurdist streak is a topic I rarely hear either man address out of character, except when their on-air guest is My Person: the standup comic John Mulaney.

Mulaney came to walk among us via “Saturday Night Live,” a show he wrote for that I hate and do not watch. He writes to entertain co-writers, not the audience. In 2019, he went on tour with Pete Davidson, a cast member in recovery after a suicide attempt.

They seemed in high spirits and had built an online “opposites attract” dialogue over courtside basketball seats and Steely Dan. Their chemistry was obvious. Killjoy Mulaney, himself in recovery, broke the fourth wall to urge Davidson to live. Half avoiding eye contact, Mulaney told Davidson that many more than he knew had been there. A lot of people loved him.

John Mulaney, I hate most of your comedy, but I have been where you have been. I love you.

John Mulaney, I hate most of your comedy, but I have been where you have been. I love you.

Mulaney and I were born a year apart in analogous lace-curtain suburbs. We have never met. His stage persona suggests smarm, what my parents call “a fine young man.” Per his act, both our homes were blessed with paranoid notes, morose edge and a sporadic ethnic viciousness. Our moms each have New England roots. Our dads spent our comings of age talking Clintons at separate offices of Skadden Arps Meagher Flom. I did not go to a co-ed Jesuit high school like him, but my cousins overlapped with him at Georgetown, and his younger sister did with me at Yale. Like him, I spent bright college years deeply depressed, earning a B.A. in barely opened syllabi.

Naturally, we shared a town. For a decade, I studied medicine in New York City, where guys I dated called my nutter streak “hang-ups.” There I even wrote some uncredited professional comedy, once walking out before a stand-up set because I couldn’t stand the work of the surprise pop-in. At the time, Mulaney (mainstreamed, defanged and watered down at “Saturday Night Live”) flowered. Both of us fell in love as children with Martin Short as the wedding planner in “Father of the Bride,” but there he was, co-starring with him in a sitcom.

Mulaney shines more when he ditches punchlines to self-inflict emotional violence and resonates like a guileless kindergartener whispering obscenities while coloring snow.

This Mulaney, whom I receive with amused recognition, has impeccably delivered funny to many fans. They pull for him with detached goodwill like how—to channel him and O’Brien-era “The Simpsons”—I pull for David Leisure to win over Richard Mulligan on “Empty Nest.” For me, Mulaney shines more when he ditches punchlines to self-inflict emotional violence and resonates like a guileless kindergartener whispering obscenities while coloring snow. This bonkers loon and me share a superego problem: Is my projection of the ideal version of myself a means to help me suffer to fulfill a spiritual temptation or subconscious need? Must the world conform to my quirks for me to find delight in it?

Love celebrates difference. Calling a man you have not met your kindred is a kind of love, not the Pauline notion of common humanity but “creeping” in Internet parlance. I am self-aware. Were we to meet, my aversion to his hambone asides would not stoke hot pursuit but maybe morbid curiosity. God knows I do not meet men like him in my day job cutting bodies.

Some years ago, a friend invited me out to see Mulaney’s “Saturday Night Live” writing partner Simon Rich read at a bookstore. Right behind me, Mulaney skimmed a book I had read. If he had opinions, I didn’t ask, and I felt it went too far to give the Sign of the Cross in benediction. Instead, I offered silly questions to Simon Rich out of my overweening desire to make him notice me. Rich’s father, Frank of The New York Times, gave me a look I decided on no evidence was dirty. I made an Irish exit, embarrassed.

So I did not buy tickets for “Oh, Hello,” Mulaney’s 2016 stage act with Georgetown classmate Nick Kroll. It is not that I didn’t buy what the show sells, which is the wondrous tit-for-tat of Upper West Side curmudgeon soulmates. My fear was I would come away not in love but no longer believing that he was like me after reaching fame. Reviews said his true self was back in form and about to release an incisive, eccentric “Documentary Now!” parody of D.A. Pennebaker’s Stephen Sondheim documentary.

Mulaney plus Maureen is not to be.

My brother, also theatrical, straight and preppy, had long re-enacted Sondheim, mumbling “pinch, paunch, pension” to my sister and me in stolen moments. None of us thought our gimmick had outside appeal. Non-relatives who love offering pleasantries to ex-convent girl Elaine Stritch as much as we do send our souls soaring, and that man is the Mulaney I love. When I first heard of this man 15 years ago, I was so certain I would marry him that I made pains never to perform on the same stage or see him live. The fantasy was too important to me and flights of fancy otherwise unhealthy.

Mulaney plus Maureen is not to be.

That means no chaste epistolary correspondence, no cold lake walks through brackish waters. That’s life. Mulaney is moot. The brotherhood of man has other card-carrying members.

Reality is co-workers quoting Mulaney saying “Canceling plans is like heroin!” around the Keurig and finding the singular carfentanyl mass spectrometry pattern in each of them, loving them each as God’s own and living in the moment with all, kindred with the world. But then, opioids, like most Mulaney jokes, are not funny. More Irish is not having what is right out there in front of you, taking man’s best recourse when alone, shouting to the void while profaning in one’s sad heart to an out-there soulmate she can see just beyond the sea. 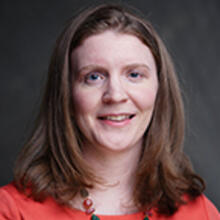 Maureen Miller, M.D., M.P.H., is a pathologist in Atlanta.