In Brazil, ‘Querida Amazonia’ elicits range of reactions among religious 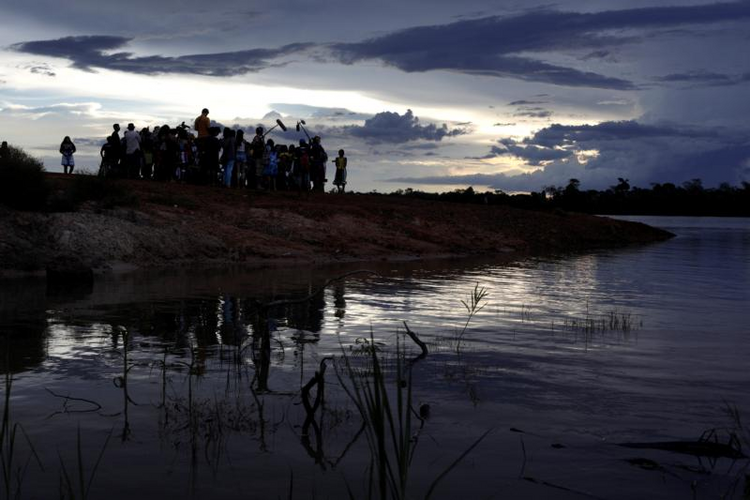 SAO PAULO (CNS) -- Pope Francis' apostolic exhortation on the pan-Amazonian synod surprised many church workers who live in the region and elicited a range of reactions.

Although no one interviewed by Catholic News Service overtly criticized the pope, religious in the Amazon said they were surprised and called Pope Francis' decision not to authorize the ordination of married men "excessively prudent." Several agreed, however, that Pope Francis has advanced discussion on the matter.

"Querida Amazonia" (Beloved Amazonia) "fell short of our expectations. We expected the pope to take it a step further, and he didn't," Bishop Erwin Krautler, retired head of the Xingu prelature in Brazil's Amazon region, told Catholic News Service.

The bishop, who participated in the October Synod of Bishops for the Amazon, told CNS he would not go so far as saying he was disappointed, but he was surprised by the avoidance of a clear decision on the matter of ordaining married permanent deacons.

"I would say we were surprised by document, since more than two-thirds of the bishops at the synod voted in favor of the ordination of married men," said Bishop Krautler. "There are dozens of communities here that have the Eucharist two or three times a year. Some of these people feel they are excluded from the church."

"We cannot deprive these people in remote places of the center of our faith, which is the Eucharist," he added.

Others, however, looked at the decision in a more positive manner.

"The exhortation does not close the door; it motivates us to continue to walk toward a solution" said Archbishop Roque Paloschi of Porto Velho.

He said there is no "magic solution"; processes such as these, he said, take time to be implemented.

"The pope is not creating the wheel, he is simply helping the wheel turn, giving us courage to take steps forward," he said.

Bishop Krautler agreed that Pope Francis "made it clear that this was not the final decision on the issue."

"We expect that the issue be revisited in the near future. I believe Pope Francis thought the idea was not yet mature to put into practice," said Bishop Krautler.

Sister Rose Bertoldo, a member of the Congregation of the Immaculate Heart of Mary who attended the synod, told CNS the document "left much to be desired in terms of the ordination of married men to (serve in) remote places."

"It (exhortation) definitely put a damper on peoples' expectations," said Father Edilberto Sena, 77, of Santarem. Pope Francis "was excessively prudent in his decision."

"His solution for ordaining more priests or bringing priests from the South here are not viable at this moment in time. This is not a solution," said Father Sena, director of a network of radio stations throughout the Amazon region.

"Here in the region of Santarem, we have 800 communities and only 44 priests. It is the layperson who is supporting the faith of the Christian people here," he said.

Sister Bertoldo noted that Pope Francis urged people to read the final synod document. She said it is only from the base, from Catholic communities, that small but significant changes can be made.

"We need to study the post-synod document and now this exhortation and combine these two. The communities need to pressure the bishops to make these changes," she said.

Father Sena said he believed Pope Francis had taken one step back so that, later, the church could take two steps forward. "Pope Francis is a Jesuit; he has gained a lot of knowledge along his life," he said.

"The title of the document, 'Beloved Amazonia,' shows deep caring for the region. It does not say esteemed or valued, it says beloved," he said.

More: Synod on the Amazon / Bishops

Lise Alves - Catholic News Service
Provide feedback on this article
Join the conversation: Login or create an account
Before you can comment, you need to update your profile to include your first and last name, as required in our comments policy. Then reload this page and you'll be set up for commenting. Update your profile
Show Comments ()
Comments are automatically closed two weeks after an article's initial publication. See our comments policy for more.