My black Catholic church was closed in the name of integration 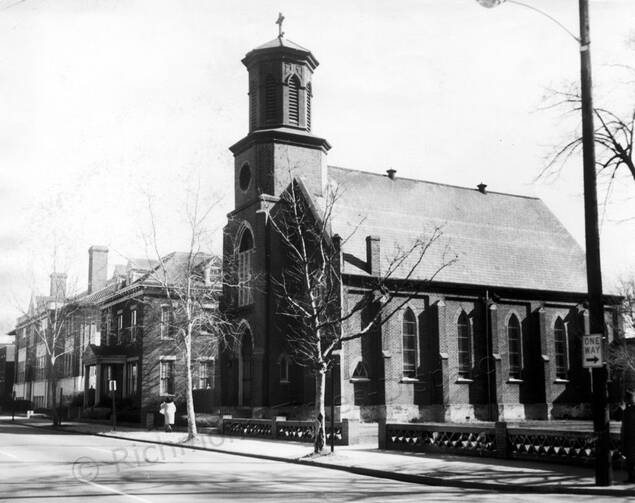 Exterior of St. Joseph’s Church in Richmond, Va. (Photo courtesy of the Diocese of Richmond)

In January 1879, Bishop John J. Keane of Richmond began holding special services for African-Americans in the basement of St. Peter’s Catholic Church, which served as the cathedral of the diocese until 1906. He later wrote about what he called an “experiment” to spread the Catholic faith among the city’s black community: “They behaved in a most respectful manner and seemed greatly pleased with the singing, prayers, and instructions. I intend to devote my own exertions to it whenever I am in Richmond. May God grant fruit to our labors.”

Six years later, Bishop Keane’s experiment did indeed bear fruit when he established St. Joseph’s Catholic Church in Richmond, dedicated on Nov. 22, 1885. It was the first church built to serve the city’s black Catholic community. Seven decades later, my journey as a black Catholic would begin at this very church.

St. Joseph’s and the adjoining Van de Vyver Catholic School were located in my neighborhood. Although my family was not Catholic and I was not baptized, I started kindergarten there in 1955. At the time, momentum was gaining for “Massive Resistance”—the state government’s effort to block the desegregation of public schools mandated by the Supreme Court’s decision in Brown v. Board of Education the previous year.

In 1959, Prince Edward County closed its entire public school system rather than integrate. In those early years after that seminal court decision, the black community in Richmond feared the city would follow suit. Richmond was the former capital of the Confederacy and once the largest slave market in the upper South. In the 1950s segregation was still legal there.

African-American families in the “separate but equal” public schools who could afford to take refuge in private schools began to do so in ever-growing numbers.

African-American families in the “separate but equal” public schools who could afford to take refuge in private schools began to do so in ever-growing numbers.

Families with children enrolled at Van de Vyver worried that enrollment would swell beyond capacity and that students would be expelled and turned away. If the public school system were to shut down, many in the African-American community would be left with no other option for a good education.

In order to secure a spot in Van de Vyer, my mother felt it best to “make it official” and have my brother and me baptized as Catholics. She was not alone. In 1961, when I was 10 years old, my brother and I and at least 10 other black children were baptized on the same day at St. Joseph’s. Once baptized, we started attending Mass at St. Joseph’s every Sunday.

St. Joseph’s, Van de Vyer and my family’s home were all located in the heart of an African-American neighborhood known as Jackson Ward. In its heyday, Jackson Ward was known as the Harlem of the South. It was an insular and self-sufficient middle- and working-class community. There were retail stores, a bank, a movie theater, restaurants, barber and beauty shops, a farmers’ market and a Y.M.C.A.

St. Joseph’s Church was the center of my social life, the site of all my activities and where I met all my friends.

For much of the 20th century, it was an anomaly for a black neighborhood to thrive. This is the community where I lived, worshipped, went to school and played. St. Joseph’s Church was the center of my social life, the site of all my activities and where I met all my friends.

At St. Joseph’s I became a Boy Scout, learned to play basketball and, most important, learned about God. But my most vivid memories are of being an altar server. Being an acolyte meant you were viewed by the school as a good student. And if you were asked to serve a wedding or a funeral, you were considered the best of the best. But it was ringing the bells during the consecration that meant the world to me. The sound alone seemed to draw me into the miracle occurring: Jesus himself was now fully present on the altar.

St. Joseph’s was more than a place to worship. For me, the congregation felt like family. In those days, we always dressed up for church in our best clothes, our “church clothes.”

After Mass, we would wait in the churchyard until several families gathered, and we would all walk around the corner to Slaughter’s Hotel to have lunch together. The conversation at the table was always about the goings-on at church.

Fast forward to June 1969. I was about to graduate from Benedictine High School, leave my family and my church family and go off to college. After Mass on the last Sunday in June, we were told that St. Joseph’s Catholic Church and Van de Vyver Elementary School would be permanently closed by the Diocese of Richmond.

Upon learning the news, I was stunned, hurt and then felt outrage. How could they close my church? How could they take away the most important thing in my life? Why did they want to hurt my family? What would I have to come home to?

The answer to my questions was integration. Many Southern bishops at that time believed that closing black parishes would send us to white parishes, thereby achieving integration. We were, in fact, encouraged to attend the white parishes in nearby neighborhoods.

As a 17-year-old, I did not accept this theory of integration. None of the local white parishes were closed in order to send white people to black parishes. At the time, I believed it to be the most racist act I had ever experienced. I decided I did not need the church or the God who had allowed this to happen. I set my mind to never attend church again.

I did not accept this theory of integration. None of the local white parishes were closed in order to send white people to black parishes.

My decision to leave the church was solidified that summer when I saw my mother attempt to do the right thing by attending the local white parish. She came home Sunday after Sunday in tears because she did not feel welcome. After a while, she gave up and never went back to a Catholic church again.

I stayed angry for 25 years.

Then, in 1994, a childhood friend invited me to his son’s first Communion. That day God’s grace washed over me in torrents. My long-ignored faith was reignited by forgotten childhood memories of church and community. In that hour, my anger was overcome by my “holy longing.” On the very next Sunday, I came back to the church I loved as a kid and the church I love today. Over time, I came to believe that the church had good intentions, albeit poorly executed and culturally insensitive plans for integration.

Not only did I come back to the church, but I have immersed myself in it as a permanent deacon and as the interim director of the Richmond Diocese’s Office for Black Catholics. I still feel the pain of what occurred more than 50 years ago, but the church—our church—has asked for forgiveness. I will give it another chance. I pray that all African-Americans who have been hurt by what the church did and failed to do will also, in their own time, grant that forgiveness.

In their 2018 pastoral letter on racism, “Open Wide Our Hearts,” the U.S. bishops wrote:

Therefore we, the Catholic bishops in the United States, acknowledge the many times when the Church has failed to live as Christ taught—to love our brothers and sisters. Acts of racism have been committed by leaders and members of the Catholic Church—by bishops, clergy, religious, and laity—and her institutions.... We ask for forgiveness from all who have been harmed by these sins committed in the past or in the present.

In all these years, my journey has taught me that my church is a pilgrim church and is slow to change. The good news is that it has changed and will continue to change. I offer myself as hope for those who still feel unwanted or angry at the church. 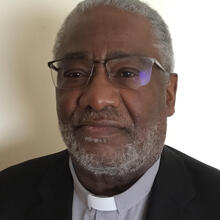 Charles Williams is a permanent deacon in the Diocese of Richmond, where he is the interim director of the Office for Black Catholics.