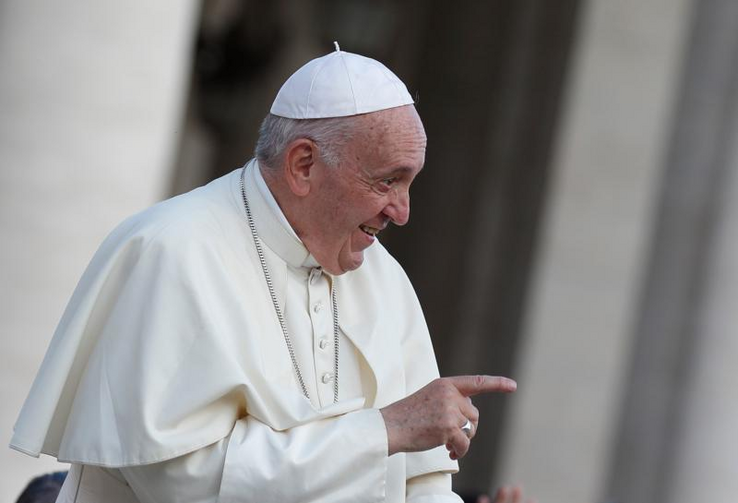 Pope Francis gestures as he leads his general audience in St. Peter's Square at the Vatican Nov. 6, 2019. (CNS photo/Paul Haring)

VATICAN CITY (CNS) -- Following a proposal made during the Synod of Bishops for the Amazon, Pope Francis restructured several dioceses in the Brazilian Amazon to better address the needs of local Catholics.

The Vatican announced Nov. 6 that the pope restructured the Archdiocese of Belem do Para, essentially dividing the ecclesiastical territory in half to create the Archdiocese of Santarem, which borders the Brazilian state of Amazonas.

The synod, which took place at the Vatican Oct. Oct. 6-27, addressed the challenges facing large dioceses with few resources to minister to Catholics in remote areas.

In the synod's final document, bishops said that "the majority of dioceses, prelatures and vicariates of the Amazon have large territories, few ordained ministers, a shortage of financial resources and are going through difficulties in supporting the mission."

"Given this reality, it is necessary that there be a rethinking of the way in which local churches are organized to reconsider communion structures at provincial, regional (and) national levels as well as the Amazonian region," the document stated.

Such restructuring, the bishops added, would promote "a church that is present, shows solidarity and is Samaritan."

Vatican statistics for the dioceses involved highlight the lack of priests and other church workers in the region, a theme discussed at length during the three-week synod in Rome.

According to the Vatican, the new Diocese of Xingu-Altamira, which includes territory that once belonged to the Diocese of Maraba, is comprised of 250,000 Catholics with only 10 parishes, 15 diocesan priests, nine religious-order priests, 11 seminarians, seven religious brothers and 37 religious sisters.

Synod members, citing the lack of priests in the region, considered several proposals for new ministries for the laity, including the possibility of ordaining women deacons.

At the end of the synod, Pope Francis encouraged a renewed approach to keeping South American priests and religious closer to home and on encouraging dioceses with more priests to lend a hand. 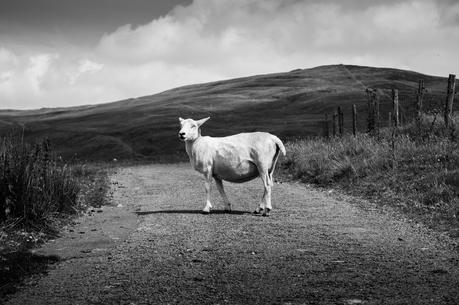 The 2020 Foley Poetry Prize: with goats
the pregnant does, cinnamon, and monet, lie in private stalls, receive their meals as reclining queens.
Brendan WalshMay 26, 2020