Young adults respond: How has your family supported you in your faith? 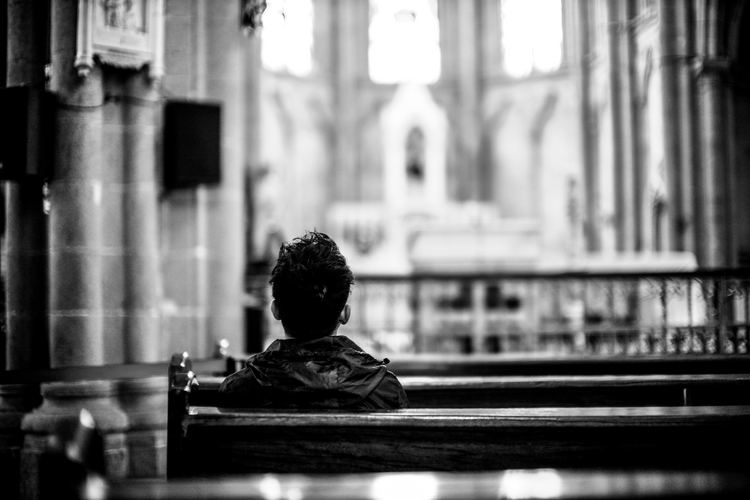 Photo by Kenny Luo on Unsplash

As someone who has written about and is engaged in young adult ministry, I am often asked by parents and grandparents about what they can do to keep their children Catholic. I have long thought the answer to that question certainly involves listening to those who have left or disaffiliated from their faith—but also to those who stayed. For our special family issue, America asked young adult Catholics—members of our Jesuitical podcast Facebook group—how their families supported and support them in their faith. Below are excerpts from what they told us.

What religion are you currently practicing, and how have your parents or other family members supported or encouraged you?

Roman Catholic. I was baptized as a baby and was raised in Lutheran preschool. My mother was Catholic but wanted Sunday School so we went to a Lutheran Church. My mom was over the moon when I returned, in my teens, to the Catholic Church. She was so excited that my daughter was baptized in the [Catholic] Church and was really happy to see me confirmed. I almost converted to Judaism later in life and raised my daughter pretty interfaith at times, and I remember my mother —the same one who took us to Lutheran Sunday School, saying, “Why would you ever want to be anything but Catholic?”

United Methodist, though I joke that I’m on a 50-year conversion plan to Catholicism! My maternal grandparents are devout Catholics; I adore my mom’s family, and cross-country trips to North Dakota for visits several weeks each year growing up meant Mass with my family at a one-room parish church in a town of 500 residents. The example of my grandfather kneeling to lead a rosary with several other local families each Sunday morning was humbling, stunningly vulnerable and the truest thing I’d seen of real presence. My grandmother read Scripture nearly every service. It was beautiful. My parents weren’t particularly religious (my father, raised United Methodist, demanded that my mother not raise my brother and me to be Catholic), though they demonstrate lives of remarkable virtue. Their generosity to our family and community are epic.

It was my paternal grandmother who led me toward confirmation and commitment to the body of Christ. Having taught Sunday School at our small-town United Methodist Church for more than 50 years, she took me to her kindergarten Sunday School class from the time I was an infant.

Though I struggled with an eating disorder throughout high school and college that stole my heart and kept me from faithful participation in church during those years, I was relieved and revived by my return to both a United Methodist Church family and regular Mass attendance in my final year of college. I continue in health today, a life salvaged in no small part due to my mother’s silent, warrior prayers each night.

The familiarity of the liturgy we celebrate as faith communities takes me backward and forward in time, finally settling me in the presence of God. Church is the only body I can be a part of that really allows me to reconcile the beauty and messiness of my past with the hope for my becoming someone formed for greater good. Places of worship feel like home to me, because my memories of those places extend as far back as my memories go. And I have my family to thank for that!

I’m currently a practicing Catholic. My parents introduced me to my faith initially by sending me to Catholic school, but I spent most of my youth in public school and went to C.C.D. and Mass every weekend. We prayed before meals and were taught to pray before bed. My brother inspired me to join my college’s campus ministry because he joined his and made a ton of his friends there and went on alternative spring break trips. That’s mostly why I still have my faith—because I joined the Catholic ministry at my college and got involved with other young people who were faithful and excited about Jesus but weren’t lame!

Also helpful has been positive reinforcement of me practicing my faith. When I got more involved with the Catholic ministry in college, my grandma sent me a medal and a prayer card for the Miraculous Medal devotion. This made me feel like my faith was supported by someone important to me whom I wanted to make proud.

Catholic. My family sporadically practiced the faith. Dad’s only day off was Sunday, so we would make that our family day; if we didn’t get to Mass, so be it. In high school I began to realize that Catholicism was good, true and beautiful. Since then, my family has seen me take an interest in the faith and have grown in their own ways: from becoming pro-life, joining bible studies and going to confession for the first time in 30 years in order to receive the Eucharist at my wedding. My family has been a support that has been growing right alongside me.

Roman Catholicism. My three siblings and I grew up going to church every Sunday, singing in the church folk group, attending Mass on holy days, attending Catholic school, praying rosaries and nighttime prayer. Having a vibrant community at church made it a fun thing for me as a kid, I never dreaded it, even as a teenager. I also have an intellectual father, who encouraged a great deal of critical thinking as I got older and began to question my faith. He laid a foundation for intellect and faith together, which helped me establish my faith as an adult. However, I think having a large Catholic family and growing up in a small town in New York that wasn’t very diverse made it too easy for me to dismiss other religions or people of no faith. I needed to work on that when I got older.

I am a practicing Catholic. Both of my parents were cradle Catholics who fell away from the church before I was born. I had no introduction to faith from my parents growing up, but thankfully both of my grandmothers shared their beliefs with me. My mom and a few other members of my family attended my baptism after I completed R.C.I.A., which meant a lot to me. But for my father, my faith is often considered an inconvenience. Even now, no one really understands why I feel the need to belong to the church.

Roman Catholic. I was raised Catholic in a household where both parents were actively involved in the church, as were my grandparents and extended family members. A lot of it was simply example, and being indoctrinated into traditions big and small: Christmas carols, the rosary, stopping by the tabernacle to say “hello” to Jesus, Mass every Sunday, my parents being R.C.I.A. sponsors, etc. I also attended Catholic school and was naturally good at religion class, which I think helped a lot. My parents were supportive of my Catholic wedding (and I assume it would have been hard for them had I not opted to receive the sacrament within the church). Now I think they’re anxiously waiting to see how we raise our kids.

While I go to Mass every Sunday, my husband, who was also born and identifies as Catholic, does not maintain Sunday obligations. I could tell it took a lot of courage for my mom to inquire about that, but she was respectful when I explained that while I find it frustrating, he’s been turned off by the recent sexual abuse scandal; and I personally don’t have a great response to make those feelings go away.