Why God calls us to build bridges

Why God calls us to build bridges 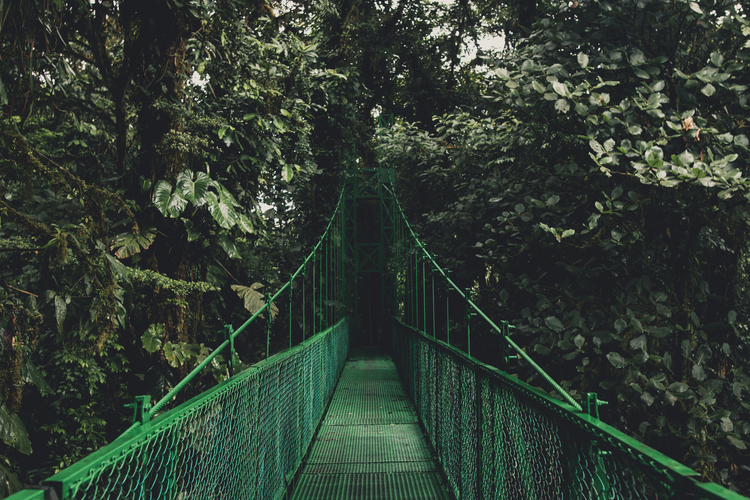 Photo by Isabella Jusková on Unsplash

Bridges are of many kinds. The Romans built the soaring Pont du Gard in southern France to provide water for the city of Nimes. The Bosphorus Bridge in Istanbul connects the continents of Europe and Asia. When the graceful 14th-century Old Bridge of Mostar was destroyed in Bosnia’s ethnic war in 1993, people who had never even seen it mourned. The Beijing Grand Bridge serves as a railway viaduct and is just under 30 miles long. The Wind and Rain Bridge on the Linxi River in China was built to resemble a rainbow. When the Gothic arches of the Roeblings’ Brooklyn Bridge finally rose in 1883, it was not long before Greater New York could be celebrated, too. And even rusty old railroad bridges serve their practical purpose.

Bridges inspire, instill confidence, tell us: “Come, cross me. See what’s over here.” They span rivers and valleys, chasms and cliffs—and time, too. They sing songs of tradesman and travelers, affairs of state (London’s Tower Bridge) and everyday life (Florence’s Ponte Vecchio). But walls are wary of them, knowing that bridges open where they close.

In an age characterized by all but a desperate need for solidarity, when the religious and secular bonds of community have become badly frayed, bridges real and metaphorical have become more important than ever. Pope Francis has repeatedly urged audiences around the world to engage in bridge-building (something he thinks is almost “more than human”). He warns that people who build walls become prisoners of the very walls they themselves have built. And in 2002, well before Francis became pope, Rowan Williams, the archbishop of Canterbury, began chairing an annual Building Bridges seminar to bring Muslim and Christian scholars together in exploring issues at the heart of the two traditions. (Seminars were held in Qatar, Washington, D.C., Istanbul, Rome, Sarajevo and Singapore.)

Oh, let us never be proud of our bridge-building—but only remember through God’s grace that there it begins and ends and will be evermore.

We need artistic representations of bridges that lead into mystery as well. I know of none more revelatory than the description of Ruby Turpin’s vision in Flannery O’Connor’s sublime late story “Revelation.” Opening in a doctor’s office where we learn that Mrs. Turpin is a good-hearted, generous woman whose gratitude to Jesus her savior often bursts forth into expressions of praise, the story takes an unexpected turn when Ruby suffers a bruising accident and insult that tears through her humanly understandable but perilous self-satisfaction. Dazed but also with “the look of a woman going single-handed, weaponless, into battle,” she returns home and goes to the “pig parlor” where she and her husband preserve the cleanliness of the animals. In fury at what has been said to her, she roars, “Who do you think you are?”

Looking up from her pigs, “there was only a purple streak in the sky, cutting through a field of crimson and leading, like an extension of the highway, into the descending dusk.”

“A visionary light settled in her eyes,” O’Connor writes, and “she saw the streak as a vast swinging bridge extending upward from the earth through a field of living fire. Upon it, a vast horde of souls were rumbling toward heaven. There were whole companies of white-trash, clean for the first time in their lives...and battalions of freaks and lunatics shouting and clapping and leaping like frogs.” At the very end were people like herself, “accountable as they had always been for good order and common sense and respectable behavior.” But “even their virtues were being burned away” as the endless mercy of God’s judgment gathered the world to eternal life.

Oh, let us never be proud of our bridge-building—but only remember through God’s grace that there it begins and ends and will be evermore.

Thank you Fr. Leo J. O' Donovan, S.J. Your reflection struck a chord in my core, the core of our faith, the Christian faith. That chord in my faith core is John 17: 20-23. Thanks for letting us see the unity in bridge, and the bridge of unity and the bridge in unity. The more we know the faith, the more we fall in love with God, our God, the Christian God. Thanks Father!

Thank you, Fr. O'Donovan, for this beautiful piece.