I grew up in a violent home. The suffering Christ reminds me I am loved.

I grew up in a violent home. The suffering Christ reminds me I am loved. 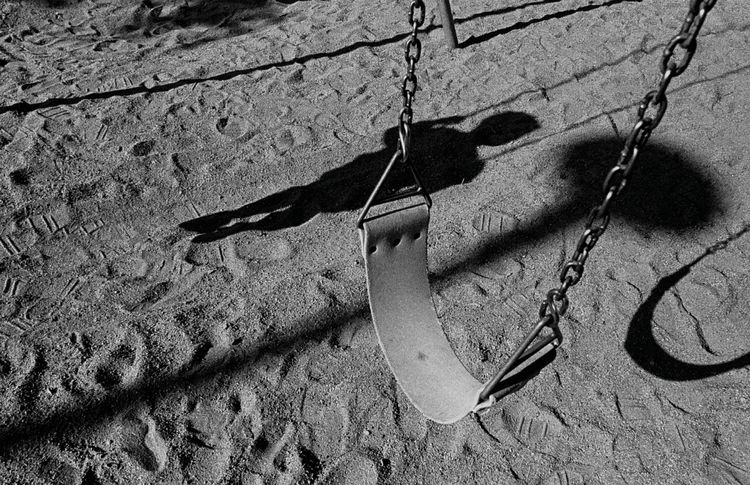 On the first Wednesday of Easter, 5-year-old Andrew Freund, known as A.J., was found lying in a shallow grave. He was allegedly beaten and killed by his parents.

Like many people raised in that kind of environment, I also married a man who treated me with the disrespect and violence that I had been accustomed to. I never learned the script for a different kind of life. I saw on television how other families lived, but our house did not look like “The Brady Bunch.” There was no Alice on the sidelines helping my mom get through a bad day or a crisis. Our family did not have any adult on the sidelines who could penetrate the chaos inside our home.

I would find out many years later that there were people who suspected or knew things about our family, but either they did not try to help us or could not do anything to help us. I have no recollection of a teacher, counselor or social worker who entered our home or pulled me out of class to ask questions about my life.

Like many people raised in that kind of environment, I also married a man who treated me with the disrespect and violence that I had been accustomed to.

In third grade, I kept telling my teacher that I wanted to die. That got me three complimentary visits to a child psychiatrist, in which I somehow realized I should not have said what I did and that it was not acceptable to want to die, and so I shut up.

Why didn’t that prompt those adults to look into my home life? Maybe someone did talk to my mom, and maybe she told them a different version of things. God knows she did not tell them of the violence done to her in her childhood or the violence done to my sister, my brother and me. God knows she could not speak of her alcoholism, because even she did not know or understand it herself, not then anyway.

The only thing that came out of those visits to the psychiatrist was a wooden horse.

The psychiatrist went to Mexico on vacation during the time I was seeing her. She brought me back a wooden horse souvenir because she knew I liked horses. It was not often that people thought of me or bought me gifts. I never got so much as a birthday card from a grandma or aunt. That was the stuff that happened in “Brady Bunch” lives. I still have that horse, and I hang onto it the way I hang onto anything or anyone who has ever thrown me a crumb of attention.

When I heard the news about A.J., I just knew he had lived in the same kind of home I grew up in. My brother, sister and I knew that we could have easily died there. I also know that if I had stayed in my previous marriage, surely one of us could have been killed as well. There are so many things I do not think I could ever write or talk about. There are so many images that stalk and prey and will never go away.

So, how do I reconcile? How do I find peace, forgiveness, with my mom, my former spouse, myself, A.J.s parents?

How I do I reconcile? How do I find peace, forgiveness, with my mom, my former spouse, myself, A.J.s parents?

I know that I have experienced some kind of Passover; there must have been some kind of blood on my body’s door that allowed me to be spared, in some ways. Not in all ways though, because I remain a victim and a witness to violence and extreme cruelty. And I imagine that A.J.’s little brother and even their dog were also victims, as well as witnesses, at times.

Still, I am also a witness to my mother’s recovery from alcoholism and violence, a rediscovery of her truest self. It is through those eyes I pray to see all human beings.

We are born for love, but we get lost along the way.

I didn’t always think this way, but when I was little I heard something in church. I do not remember what I heard exactly. Maybe there were no words. Maybe it was just the feeling of God touching my soul with love. Maybe it was just the sound of God calling me to him. No, not literally, like the saints, but something happened in me, something personal, mystical and holy. My spirit was joined to something I cannot define or describe but which I call God. There is no other explanation.

I am not naïve about life and suffering and death. But I am in solidarity with that child who was beaten by those who should have been able to love him well and could not for reasons we may never know. My sorrow is deep for the entire family. Anger is too cheap an emotion for me. I know that our deepest D.N.A. is God, and I know that God is the deepest D.N.A. of A.J.s’ parents, too, and they got lost just the way my mom did.

AJ was wrapped in plastic and buried in a rural area, not far from my home, during Holy Week, when churches re-enact the washing of the feet.

Easter Sunday would come and go while stuffed rabbits were placed on A.J.’s lawn by friends and neighbors in hope that the boy would come home.

I see Jesus on the crucifix just a few feet away from me, with what looked like a bath towel around his waist. But we know he was naked and bleeding.

At Mass that Sunday I listen to how the apostles recovered after Jesus’ death. I stand before the altar with the others looking at the lilies in their flower pots. I am listening to the rain on the roof, drifting in thoughts. I see Jesus on the crucifix just a few feet away from me, with what looked like a bath towel around his waist. But we know he was naked and bleeding.

The truth is hard to take. and even the church covers that truth a little. I understand why. They soften the shock of the real crucifixion for children and maybe reduce the trauma for us all, when surely his mother, his aunt, Mary Magdalene and others saw him as he really was, naked and suffering.

Can I be a good husband and father if my own dad wasn’t?
Tim Price

I try to imagine for a moment an actual naked Christ in front of me. I imagine how I would probably want to close my eyes and turn away. Yet those who loved him bore that suffering with him as much as they could, while others who were frightened ran away and hid.

And then I remember the morning news. The day he died, little A.J. had soiled himself. His punishment was to stand naked in a cold shower for a long time while he was beaten and then put to bed, naked and wet, where he most likely died from blunt force trauma.

I stand in some kind of solidarity with this little one. As I think of the horrific final hours of A.J.’s much-too-short life, I hold the image of the bleeding Christ in my mind. I feel like some kind of half-baked disciple, who believes in a love I will never understand and a love I’ll never live up to.

And as the priest lifted up the host in the darkened sanctuary, he seemed to be saying that death does not have the final word. A.J. and Jesus remind me that love does.

Julie Ann, your words truly resonate with me. I am still haunted by my childhood experiences. I pray that one day I will find someone who will help me sort out my past, and help to free me from this burden.
I trust that God hears my prayers for myself and for all who suffer.

Thank you so much for posting this. My first memory of my father - he hit me so hard I peed my pants. That was over half a century ago, the relationship never improved. My mother was an abused woman who became an abuser, not physical violence, she used slander. I had to cut all ties; to survive, to have a life worth living. Thank you for writing this.

Julie Ann, thank you for posting this. Merely surviving abuse is a victory. At times, God is the only other to accompany the target of abuse.

It would be nice if the church more fully understood that it has a role in healing and made more effort to develop programs aimed at helping people to heal from abuse. I think that is in the category of “This church could be so much better than it is.”

This article also appeared in print, under the headline “The Lost Ones,” in the July 8, 2019, issue. 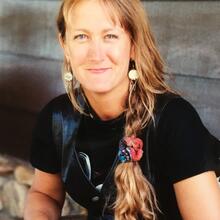 Julie Ann Monroe is a writer, poet, musician and mother. She has worked in health care for 38 years and attends Resurrection Catholic Church in Woodstock, Ill. She is a member of the Writers Club of Woodstock.