After losing my 8-year-old son to cancer, I am not afraid of death 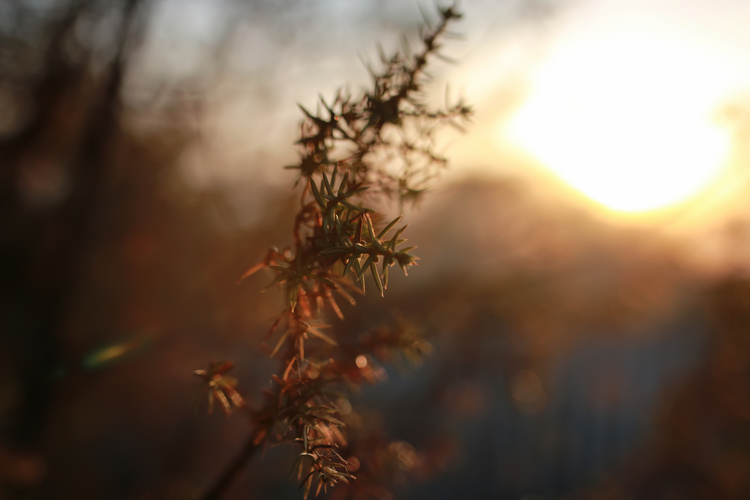 Editor’s note: This article has been republished as part of America’s special 110th anniversary issue. It was originally published is Aug. 16, 1997, issue of America.

My eight-year-old son, Jamie, died of cancer on Feb. 8 of this year. He was the second of our four children, all of them boys. Some weeks later, I was asked to tell a group of our friends how my perception of heaven had been changed by the experience of Jamie’s sickness and death. This is pretty much what I said.

When Jamie was diagnosed with Burkitt’s lymphoma in August 1996, the prognosis was very good. That was a great help, because it would be nearly impossible for parents to put their child through chemotherapy and radiation treatments without trusting that the child would be cured by these procedures. Jamie’s course of treatment also included a bone marrow transplant.

Throughout the six months of Jamie’s illness I believed both that my son would be cured and that God’s will controlled the ultimate outcome. When Jamie died, my perception of heaven remained one of peace, love and joy. But I believe that the depth of that peace, love and joy is beyond our ability to imagine while here on earth. What has changed for me, since Jamie died, is my perception of death itself.

Jamie had been home from the bone marrow unit for 11 days when he died. The second or third of those nights—Jamie knew that his cancer had returned and a medical cure was no longer possible—he very patiently told me, “Mom, you don’t have to get up every time you hear me. Sometimes I’m just praying and talking to God. I’ll call you if I need you.” When his dad asked, “Does God talk back to you when you talk to him?” Jamie looked at him with a twinkle in his eye and very quietly explained, “Dad, I don’t hear God with my ears. He answers me in my heart and I feel better.”

Jamie replied that he did not want to die, but if he had to die, he wanted me and his dad to go with him.

My relationship with Jamie had always been one of honesty. Before his illness and certainly throughout his illness, he trusted that my answers to his questions would be honest. When the cancer returned for the second time, he looked at me and started crying. He simply said, “That means I’m going to die.”

I replied: “That means that the medicine can no longer help. Not one of us knows the exact moment that God will call us home to him. It means that it’s time to go home and be together for as long as God has planned. He will either cure you while you’re here with us or cure you when you go home to him.”

Jamie replied that he did not want to die, but if he had to die, he wanted me and his dad to go with him. My response was, “Daddy and I want you to be with us, too. God won’t take you home to be with him until you’re ready.” I then spent the last week of Jamie’s life praying that God would honor these words that I had spoken in love to my son. In Is. 51:12, God tells us, “I, even I, am he who comforts you....” I thought of this verse over and over again, asking God to comfort Jamie, his brothers, his father and me. Of course I prayed for the miracle of a cure, but I also prayed for comfort and grace—to accept God’s will regardless of what I felt to be best.

James was happy to be home. He was tired and could get cranky, especially with his exuberant younger brothers, but he was deeply content to be home. He spent hours building Legos with his dad, sorting sports cards and filing them in their books and following Duke’s basketball team, now that the football season had ended for his beloved Jaguars. It wasn’t until Friday, Feb. 7, that Jamie’s energy level declined drastically, and I started feeling that we were nearing the end. He still wanted me to read aloud to him. We were in the middle of the sixth book of C. S. Lewis’s Chronicles of Narnia and he also liked to hear selections from a book entitled Someday Heaven.

In a clear, loud and strong voice, Jamie looked up toward a corner of the ceiling and said, “But I want to stay.”

By three o’clock the following morning, Jamie’s breathing had become more labored. From that moment on, either my husband or I was with him throughout Saturday. Jamie dozed on and off. He didn’t talk a lot because he had difficulty breathing; but he was awake, aware of what was going on around him and able to make his needs known to us. In mid-afternoon, I was lying on the bed next to Jamie, and his dad was sitting at its foot. Jamie’s brother, Andy, and his Nana were close by. In a clear, loud and strong voice, Jamie looked up toward a corner of the ceiling and said, “But I want to stay.”

He said nothing else. I asked him if he was talking to me or some other one of us. He shook his head to tell me no. After this he closed his eyes to rest. We all looked at each other in wonderment and, I’ll admit, some disbelief. Could we really have heard and understood what we thought we heard? There is no doubt in my mind that Jamie was talking to an angel or to Jesus himself who was waiting nearby. Later in the afternoon, around 5 P.M., Jamie looked to the same corner of the ceiling and said emphatically and loudly, “Go away!” Then, he once again closed his eyes. Paul and I were the only ones in the room with him at that time, but he had not been talking to us. I guess I should say that we were the only ones visible in the room at that time.

Later that evening, when our house was quiet, Paul and I were discussing sleeping arrangements—who would sleep where. Jamie quietly watched. After I had showered and was sitting to put socks on my cold feet, my husband said, “Tina, Jamie wants you.” I could see both of them from where I was sitting, and since I hadn’t heard Jamie say a word, I wasn’t overly rushed or concerned. Paul said again: “Tina, Jamie wants you. He squeezed my hand and I know he wants you.”

He was sitting in my lap, and his dad was holding his hand as he took his last breath and relaxed against me, letting go as he went home to be with the Lord.

I calmly walked toward the door of his bedroom. As I entered his room, he looked at me with both eyes wide open. (This was unusual, since the cancer had affected his right eye and he had been unable to open it.) Then he shakily lifted both arms open wide, palms up. My first reaction was that something was wrong, and I quickly went to him and scooped him up in my arms and held him close. He was sitting in my lap, and his dad was holding his hand as he took his last breath and relaxed against me, letting go as he went home to be with the Lord.

I thank God every day for letting me be with Jamie when he died. As devastating as it is to have lost my son, not to have been present and to have held him as he died would have been more than I could have borne. God in his wisdom understood this. He also honored a promise that a mother had made to her son and did not take Jamie home until he was ready to go. God truly is a God who comforts. I do not pretend to understand his wisdom, nor do I pretend to be happy with his decision to take Jamie to himself. I do look forward, however, to being reunited with my son when God calls me home too.

Experiencing the death of my son has removed my fears and uncertainties surrounding death. Since I was a young child, I have believed in Jesus’ promise of everlasting life, but that transition called death was always just a little bit scary to me. Watching Jamie die with such grace and complete trust in Paul, me and God has removed my fears. I now see death as a short journey. The Bible tells us that getting to heaven does not take longer than a day. Dying is simply a journey from our life on earth to our eternal home. While I am eager to live, I am also eager to take the journey when God calls me. I will go without fear, knowing that Jamie will be there along with Jesus and the angels that guided him into the life that is without tears and without end. Jamie was not perfect, but he had a kind and good heart. I pray that God will give me a heart for him, like the heart he gave my son, and I repeat a wise man’s words: 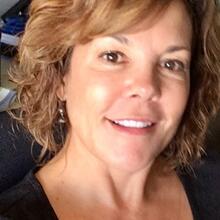 Tina D’Alessandro, a registered nurse, lives with her husband. Paul, and their three sons in Ponte Vedra Beach. Fla.

thank you for sharing this inspiring lesson which touched me deeply. You and Jamie were blessed to have put more into 8 years than many of us do in a lifetime. I am reminded of Paul to Corinthians:"Oh death where is thy sting......?"

Thus wroted Mahatma Gandhi: When I go to sleep I die, when I wake up, I rise again.

This is deeply inspiring and heart-breaking at the same time. Thank you for it.

Thank you for writing your heart wrenching & inspirational story about your family’s journey. Having faced my own mortality, your son, your family &this story of Faith , I will not soon forget.
Thank you again for sharing