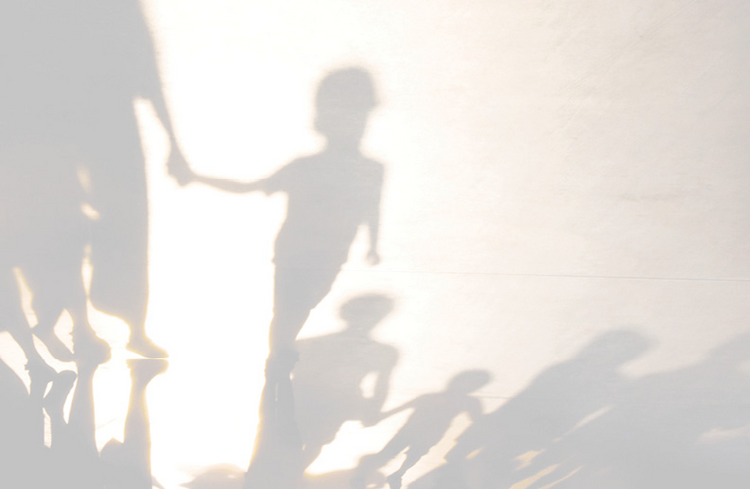 Thirty-four years ago I sat beside a hospital bed with its tubes dangling, pumps silent, all attempts at life support shut down, as I held my child, my 22-month-old son, cradling him in my arms as I watched the last flicker of his life ebb away. He died from drowning.

But you, you mothers of the Holy Innocents, you whose babies, your young sons, perhaps your 22-month-olds, there you were cradling your children, bloody from the stab wounds inflicted by the soldiers. I think of you and I wonder.

Thirty-four years ago I held my child, my 22-month-old son, cradling him in my arms as I watched the last flicker of his life ebb away.

Did you hear of the order before the soldiers came, or did they appear in the night banging on your door, waking you and the baby with their shouts? Or in the morning as your drowsy child greeted the day, rubbing the sleep from his eyes? Did the soldiers snatch your little boy from you or did you cling to him? Did your husband, the little one’s father, struggle with the soldier, fighting to protect his son so that you worried that he, too, might be killed? And did the soldier tell you that Herod’s order was to kill all boys under the age of 2, or did you fear for your other children? Did you scream for them to hide, or did they stand by, frozen in terror? Was there, perhaps, one among you who suffered the double tragedy of a slain toddler and an infant? Did you plead with the soldier to let you give yourself for your child?

And then the aftermath. Did the soldiers disappear as suddenly as they had come, leaving you hugging your bleeding baby as his life ebbed away? Did you gather the other children to yourself, clasping them to you, seeking comfort in their small bodies? And your husband: Did he remove himself in his private sorrow and perhaps even his shame? Did he think that he had failed his child, had failed you?

As years passed, did the nightmare diminish? As time went by, were you ever able to laugh again?

As years passed, did the nightmare diminish? As time went by, were you ever able to laugh again? To take joy in your family? Did you have more children? Did you talk often of that little boy or was it something you could not speak of to anyone? Did you think, as you celebrated Passover, of those children who had been spared in Egypt when a lamb’s blood on the doorway lintel was a sign that allowed them to survive? Did you think of Abraham being willing to sacrifice his only child? Did your husband forgive himself? Did you?

For us your child, that Holy Innocent, died a martyr—a first martyr for Christ—giving his life so that Jesus, the newborn king, might live. And so for us, there is the comfort that your child was received at once into heaven. We can comfort ourselves as well that in the face of the terrible cruelty, your child’s reward must assuredly be glorious. But that consolation is not for you—only the gaping wound and lifeless body.

Did you ever know the reason? Did you know of the child born in your village to visitors in a stable you perhaps did not even know existed? Did you wish for vengeance—or did God, in his mercy, grant you peace?

For us your child, that Holy Innocent, died a martyr—giving his life so that Jesus, the newborn king, might live.

And what of 30 years later? Did you hear about Jesus, the man going about Judea proclaiming a new kingdom founded on love, working miracles, curing the sick and the lame? Did you know that this was the man who had escaped Herod’s soldiers while your baby had been killed? Could you forgive him for living at the cost of your child’s life? Could you pay heed to his words, his claims to be the Messiah, his message about love and forgiveness? Was there some comfort for you in hearing that many believed he was the long-awaited savior? Did you believe? Had you indeed been one of the many who had prayed for the Messiah? Did you become a follower, you or your husband or any of your children? When he was crucified, did a part of you feel as if you were reliving that moment so many years before? Did his death on the cross, his seeming defeat, at first extinguish any meaning you had found? Did word of his resurrection restore you?

Surely God, in his mercy, spared you a life of bitter resentments. And surely, you are reunited with your little one in heaven, understanding now the scope of God’s plan and the part you played.

As years passed, it helped me to think of a balance scale. On one side was the weight of my child’s death. On the other side were those occurrences, times of connecting with others who had lost children, moments of appreciation for the life of my other children, events that made me more compassionate, more grateful and a life that was heartbreakingly deeper and strangely richer for my having loved and lost a child. These moments could sometimes lift the weight of that sorrow a bit. Is it a consolation for you to now see how we are touched by your holy ones?

Look tenderly now, you mothers of the Holy Innocents, on all of us who have lost a child. Ask God for us that we may receive the grace to serve with no reserve that Jesus for whom your child gave his life, that we may be moved to give our all, grateful for your sacrifice on that bloody night.

May I someday be reunited with my son as you are with yours and find him in the company of your most holy innocents.

This article also appeared in print, under the headline “Innocents lost ,” in the December 25, 2017, issue.

Lisa McMullin is a mother of five living children and of Nicholas, who is deceased. She is a grandmother of six and recently returned to the Catholic Church after nearly 45 years on hiatus as an Episcopalian.