Pope Francis puts dialogue with Lefebvrites under the doctrinal congregation 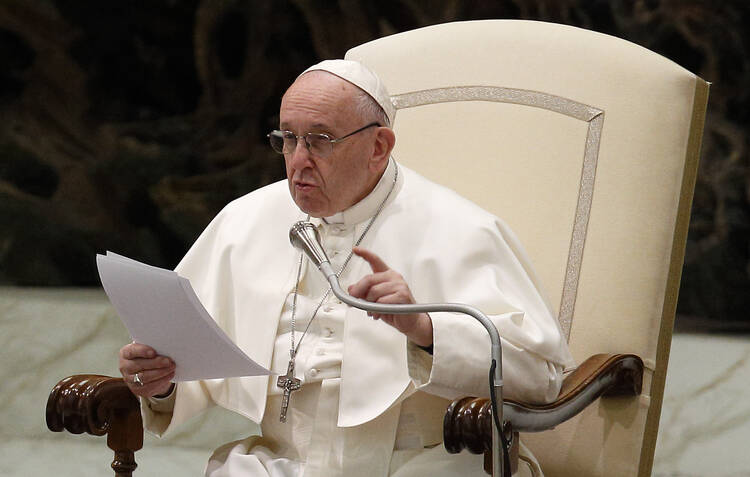 In a significant decision with consequences for the Holy See’s relations with the priestly Fraternity of St. Pius X founded by Archbishop Marcel Lefebvre and with his followers, Pope Francis has suppressed the Ecclesia Dei Commission, established by St. John Paul II in 1988 to dialogue with those believers after the archbishop broke communion by ordaining four bishops without the papal mandate.

The pope has placed its future work under a new unit in the Congregation of the Faith. He did so in recognition of the fact that the key issues to be resolved with the Lefebvrites are doctrinal, not liturgical.

The Vatican announced this today, Jan. 19, when it published an apostolic letter in the form of a motu proprio (an executive decree) “about the Pontifical Commission Ecclesia Dei.”

Pope Francis took a step further today by suppressing the commission and transferring its entire work to a new unit to be established within the C.D.F.

The decree recalled that John Paul II set up the Eccelsia Dei commission on July 2, 1988, after the break in communion by Archbishop Lefebvre, to collaborate with bishops and the Roman Curia dicasteries “to facilitate the full ecclesial communion of priests, seminarians, communities or lay men and women religious, linked to the Fraternity of Mgr. Marcel Lefebvre that desired to remain united to the Successor of Peter in the Catholic Church (while) keeping their own spiritual and liturgical traditions.”

Almost 20 years later, on July 7, 2007, Benedict XVI issued another decree (motu proprio) called “Summorum Pontificium” that authorized the use of the “extraordinary” form of the Roman Rite alongside the “ordinary” one which was promulgated after Vatican II. The “extraordinary” form permitted the use of the 1962 Roman Missal (promulgated by St. John XXIII before the beginning of the Second Vatican Council). Benedict’s decision responded not only to the wishes of the Lefebvrites but also to the desires of the traditionalist sectors in the Catholic Church. At the same time, he assigned the commission authority over those institutes and religious communities who use the extraordinary form.

Two years later, in 2009, after lifting the excommunication on the four Lefebvrite bishops, Benedict XVI issued a new decree in which he recognized that the issues with the Lefebvrites are now mainly doctrinal and so he integrated the commission more fully into the Congregation for the Doctrine of the Faith, and decreed that its prefect should preside over it.

The main problems now between the Holy See and the Lefebvrites are of a strictly doctrinal nature, and so are properly under the remit of the C.D.F.

Pope Francis took a step further today by suppressing the commission and transferring its entire work to a new unit to be established within the C.D.F. In today’s decree, he made clear that liturgical questions are no longer a major cause of division because “the institutes and religious communities which habitually celebrate in the extraordinary form have today found their own stability of number and life.” In other words, the “emergency” situation linked to liturgical questions has ended. The main problems now between the Holy See and the Lefebvrites are of a strictly doctrinal nature, and so are properly under the remit of the C.D.F.

Consequently, as a result of the revocation of the 1988 excommunications on the four Lefebvrite bishops, the authorization of the use of the Roman Missal of 1962 in the “extraordinary” form of the Roman Rite, and the faculties granted by Pope Francis to the priests of the priestly Fraternity of St. Pius X, the doctrinal issues are the only ones still open, but are most important.

As a result of today’s decree, the commission’s staff will now be transferred to the new C.D.F. unit, with one exception—Mgr. Guido Pozzo. The Italian archbishop who has served as secretary of the commission for nine years (2009-2012, 2013-2019), but was considered in Rome as too close to the traditionalist sectors in the church, has been assigned to a newly created position as supervisor of the economy of the Pontifical Musical Choir, better known as the Sistine Choir.

Pope Francis reminds us to imitate the Magi, who put Jesus at the center
Gerard O’Connell

This surprise assignment was announced in a second motu proprio also issued Jan. 19 concerning the “Pontifical Musical Choir.” Hitherto, the Sistine Choir, which dates back to 1471 (though the origins of the papal choir go back to Pope Gregory the Great), has been part of the Prefecture of the Papal Household, headed by Archbishop Georg Ganswein.

Today, however, Pope Francis has relocated it under the more appropriate Office of the Liturgical Celebrations of the Supreme Pontiff, both to re-emphasize its liturgical role and, as the decree says, “for the protection and promotion of its prestigious artistic-musical heritage.” Some sources in Rome interpret the pope’s decision in part as a response to charges of financial mismanagement related to the Sistine choir (a trial is underway in the Vatican on this matter) and to criticism of aspects of its participation at the Metropolitan Museum of New York’s exhibition in 2018 on “Heavenly Bodies: Fashion and Catholic Imagination,” an event on the relationship between the sacred and the profane in fashion, music and art, held under the patronage of the sponsored by the Pontifical Council for Culture.

The Sistine Choir, which is composed of 20 adult males and around 35 boy singers, now becomes part of the Vatican office that is headed by the chief Master of Ceremonies of the papal liturgies, Msgr. Guido Marini. It is not yet clear whether this is just a one-off change in the prefecture or the forerunner to others.

OK, I get it. The transfer of responsibility on the full "communion" of the LeFebvre-ites with the Vatican. But please clarify what the outstanding doctrinal issues are that need resolving.

"But please clarify what the outstanding doctrinal issues are that need resolving." Exactly so!