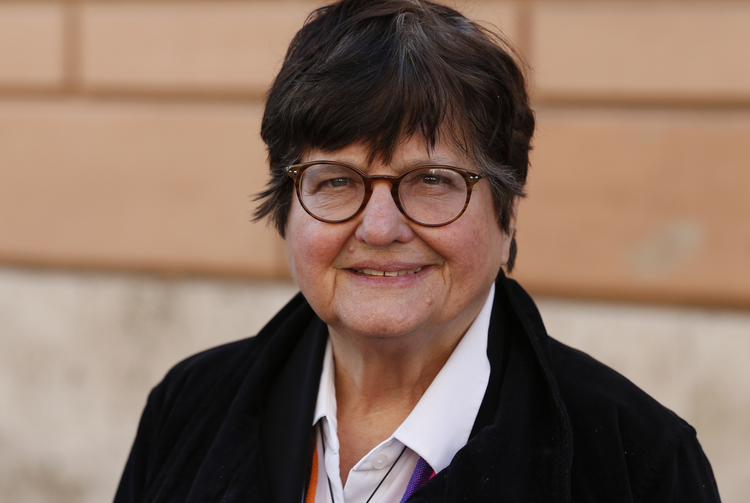 Sister Helen Prejean has been the face of the anti-death penalty movement for decades. A member of the Congregation of St. Joseph, Sister Helen has been accompanying inmates on death row and lobbying against capital punishment in the United States (and in the church) for decades.

She blew up on the national scene for her book Dead Man Walking, which was adapted into an Oscar-winning film, and she was crucial to the Vatican’s eventual decision to ban the death penalty in the Catechism.

We talk to Sister Helen about how she became an anti-death penalty activist and how the fight against the death penalty has changed throughout the years—and how “sneaky Jesus” changed her life forever.

In Signs of the Times, we talk about two Jesuit provinces releasing the names of more than 150 priests and other ministry leaders who were found to have “credible allegations” of sexual abuse. We break down a few “nun” stories and ask an important question before we go on break for Christmas: How can parishes welcome newcomers at Christmas Masses?

On that note, we just wanted to thank everyone in the Jesuitical community: Whether you are a Patreon supporter, Facebook group poster (or lurker), or a casual listener—the whole Jesuitical team wishes you the peace and joy of the baby Jesus this Christmas. We’ll see you in the New Year.

As a pro-life advocate, I admire Sister Helen Prejean for her long years of work on behalf of those imprisoned who may be killed by capital punishment. I have been opposed to the death penalty since a young man, both for moral reasons and the practical reason that a n innocent person may be wrongly executed. However, I 'm also glad that the Church, with the urging of Sister Helen, placed opposition to capital punishment as a teaching in the Catechism. For ysars, I 've been a pen pal with a man imprisoned for life for a serious crime. From our correspondence, I 'm convinced that my friend, a devout Jehovah's Witness, has reformed his life. I particularly commend Sister Prejean for her support for the consistent ethic of life. She has said, "I am morally opposed to killing: war, executions, killing of the old and demented, the killing of children, unborn and born. I believe that all life is sacred and must be protected..."

Guess you don’t like Christ affirming the OT death penalty for abusing one’s parents in Mark 7:10. We have become as non scriptural as Sartre,....or Halsey.

Zac Davis is a host of the Jesuitical podcast.