Will priests bring Pope Francis’ death penalty message to people in the pews?

Will priests bring Pope Francis’ death penalty message to people in the pews? 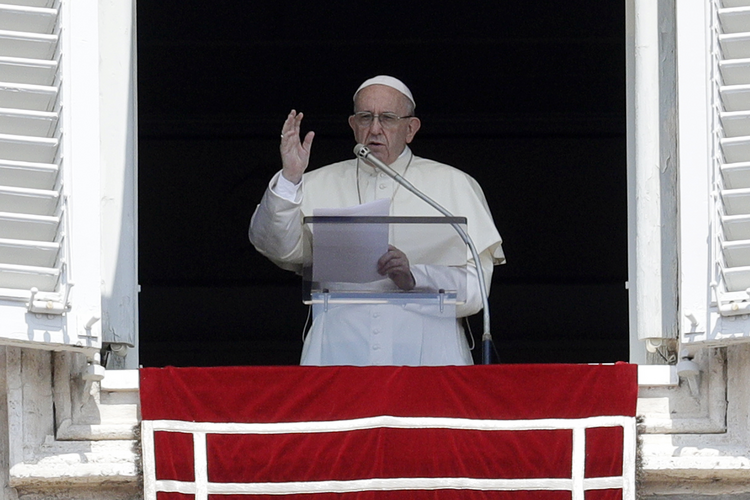 On Aug. 2, Pope Francis conclusively revised the Catholic Church’s teaching regarding capital punishment, stating that it is always wrong. He stated that the very limited circumstances previously held to permit the death penalty can no longer justify this “attack on the inviolability and dignity of the person”—there are no exceptions.

Bishops, nuns, religious order priests and Catholic social justice crusaders will rally behind the pope’s words and seek to ban executions in the one developed country that still permits them. But will parish priests and pastors act on the issue? Will the preachers in the pulpits transmit the message? Will the pastors exhort Catholic laypersons and their families in the pews at Sunday Mass to accept and support the new prescription? I have my doubts.

Bishops, nuns, religious order priests and Catholic social justice crusaders will rally behind the pope’s words, but will parish priests and pastors act on the issue?

Consider St. John Paul II’s statement on the environment, “Peace with God The Creator, Peace with All of Creation,” delivered on New Year’s Day in 1990. While serving as the administrator of the U.S. Environmental Protection Agency under President George H.W. Bush, I had lobbied Pope John Paul in a private meeting in Castel Gandolfo to issue an encyclical making the case for protecting nature and natural systems. He did issue a strong proclamation, though not an encyclical.

Likewise, at a reception with President Bush at the White House in early 1989, I encouraged Cardinal Joseph Bernardin, the archbishop of Chicago, to issue a pastoral on the environment, as bishops in Germany, the Philippines and other countries had done. Later, he invited me to make the case at a conference of the U.S. bishops. The bishops did issue a pastoral, one fully as persuasive and distinguished as the bishops’ pastorals on poverty and on nuclear war. Both the pope’s and the bishops’ environmental proclamations sank into oblivion. I doubt most congregants have ever heard of them.

Both John Paul II’s and the bishops’ environmental proclamations sank into oblivion. I doubt most congregants have ever heard of them.

When I learned Pope Francis was preparing an encyclical on ecology two years ago, I handed him a letter at the Vatican relating the disappointing experience regarding communication of the previous papal exhortation on the environment and encouraged an extensive, widely disseminated grassroots campaign to publicize the message of “Laudato Si’.” I was concerned his message might fail to reach the average Catholic.

The Vatican did undertake a well-thought-out communication strategy, disseminating the message with publicity and summaries down to the diocesan level. Some bishops did respond. Pastors largely did not. In several years of listening to weekly Sunday sermons, I have yet to hear one in the parishes I have attended in Virginia, California or New York that presents the papal statements on creation or even mentions climate and the environment.

And although the church’s leadership on immigration and the care Catholic organizations provide for immigrants is exemplary, I have heard little about that issue from the pulpit. When I have asked pastors about it, they have explained that mention of the environment, climate change or immigration would risk turning off half the congregation. “It would be divisive,” one said. Another told me he gave very different sermons at his Anglo Masses than he delivered at his Spanish services, where he might speak about immigration issues.

How much more divisive would it be if parish priests were to advocate for the abolition of the death penalty, when pollsters report that a majority of U.S. Catholics support capital punishment? I cannot claim to know how much challenge churchgoers are prepared to accept from their parish priests or the degree to which unwelcome messages from the pulpit will turn Sunday Mass into a rancorous encounter.

But the U.S. church has led before, on labor relations and the rights of unions, on civil rights in the 1960s, at times in places where the cause was unpopular. And now, when climate prospects are dire and migrants are treated unconscionably at the borders, no doubt often by Christian immigration officers, and when scores of men sit on death row, the church has something to say; it has a well-formulated moral philosophy with practical applications. The people in the pews need to hear it. But first the pastors need to preach it.

William Reilly is grossly misinterpreting the CDF release (approved by PF) in several ways.
James Akin's summary is the best summary and the most accurate one. (https://www.catholic.com/magazine/online-edition/understanding-the-catechism-revision-on-the-death-penalty).
1. It is a development in teaching, primarily in emphasis, since it is very close to St. Pope JPII's revision in 1997.
2. It is explicitly a prudential judgment on Today's situation (not on the past, and not necessarily on the future).
3. It is not expressed in any infallible way (unlike JPII's definitive statement against women priests or Puis IX on the Immaculate Conception)
4. The CDF letter does not attempt to show it is based on scripture or tradition, but relies on a prudential evaluation of the present.
5. The CDF explanatory document explicitly denies it is a doctrinal change that in any way contradicts "the prior teachings of the Magisterium."
6. There were 23 executions last year, >17,000 murders, >43,000 suicides & >900,000 abortions. Priest should preach according to the size of the problem.
7. It is not at all like the intrinsically evil evaluation of abortion, as explicitly explained by Pope Benedict XVI previously (https://www.ewtn.com/library/curia/cdfworthycom.htm) in a letter ironically to McCarrick who then held up its release. the plot thickens. 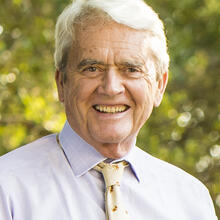 William K. Reilly served as the administrator of the U.S. Environmental Protection Agency from 1989 through 1993 under President George H.W. Bush.