How facing religious discrimination challenged one sister to move past bias 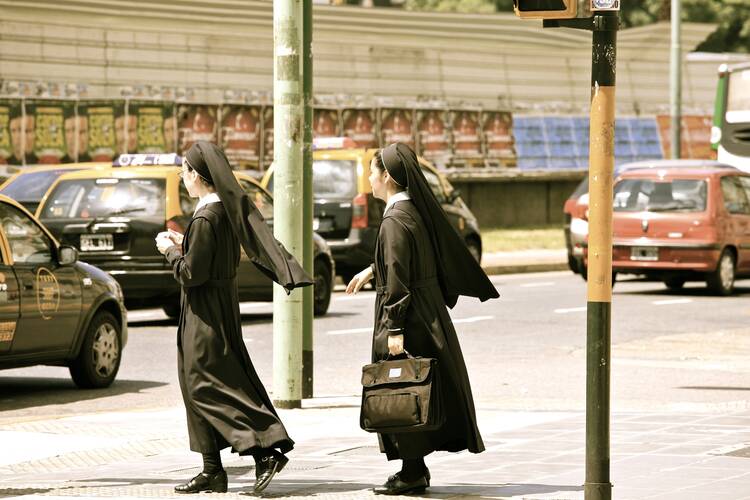 As human beings, we all long to find common ground, both in our most intimate relationships and with all people. I am a member of the Sisters of the Holy Family of Nazareth, and over the past seven years of formation, I have discovered that my own desire to connect can sometimes become an inordinate attachment to receiving praise from others. I have often struggled with sacrificing integrity and authenticity to orchestrate connection.

Recently, I interviewed for positions as an intern with several organizations. One of these positions was especially highly sought-after, and I did not expect to hear back from the hiring team. To my surprise, I received an offer to continue in the interview process. There was just one condition: I would not be able to wear my religious habit. This was the first time I had experienced discrimination as a religious sister.

A week after the offer, I spoke with the supervisor. She said that not wearing my religious garb was necessary because specific ethnicities might struggle with my Catholic identity. She also said she was concerned that a sister would not be able to address sexual matters during counseling sessions.

This was the first time I had experienced discrimination as a religious sister.

As I listened to her speak, I began to pray. The first thing that came to my mind was “She is God’s daughter.” I was struck by this. She was pushing me away because of a difference between us, and the bias she had was in response to that perceived difference. I, on the other hand, was being challenged by the Spirit to remember that despite this bias, she and I are family, both God’s daughters.

I was tempted to give in, in order to avoid conflict. It was difficult, but I responded to her in truth that day. I told her that I did not think it was a good idea to remove my habit merely because she was fearful of how I would be perceived. I added that my hope was to find an organization and supervisor who would help me to sit before clients authentically as myself and at the same time empower them to be authentically themselves, no matter the differences between us. She told me she would think about our conversation and call me back with a final answer.

Following the encounter, I thought: How can I reconcile the supervisor’s bias with her being God’s daughter?

Following the encounter, I thought: How can I reconcile the supervisor’s bias with her being God’s daughter? I do not want to romanticize bias. Bias has been fuel for oppression and violence throughout history. What is also true is that, as St. Augustine said, “the essence of sin is disordered love.” The various conflicts in the United States fueled by biases are only growing: race, gender, sexual orientation, religion, political divisions among Catholics, the right kinds of religious orders, the wrong kinds of religious orders. Division is on the rise, encounter is on the decline, and biases (on all sides, even among the most well-intentioned) are increasingly justified with eloquent words and intellectual concepts.

We want to understand, and we want to have common ground. Bias seeks this in a violent manner, by dominance—disordered love. The life of Jesus in each of us allows us to call ourselves sons and daughters of God (Gal 4:1-7) and therefore to be built up into one body, one family, “the final realization of the unity of human race.” Jesus is our common ground, and as Catholics, we are called to see Jesus in everyone and to see a glimmer of ourselves as well, if the Gospel vision is true.

I believe the Spirit whispered, “She is God’s daughter” to me that day to remind me not to fear, to respond in truth and love and to trust. The supervisor and I eventually met in person and connected. We laughed a lot, and she became an advocate for me in the interview process with the organization. I accepted a different offer, but I am grateful for the encounter. It felt like a small step toward the Gospel vision “that they may all be one” (Jn 17:21). 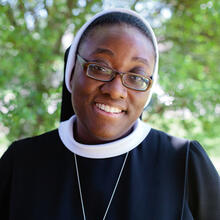 Josephine Garrett, C.S.F.N., professed her first vows with the Sisters of the Holy Family of Nazareth in October 2015. She is studying to be a clinical mental health counselor, serves in vocations ministry and speaks at youth and young adult retreats and conferences around the country.