Why Pope Francis’ presence at World Council of Churches matters 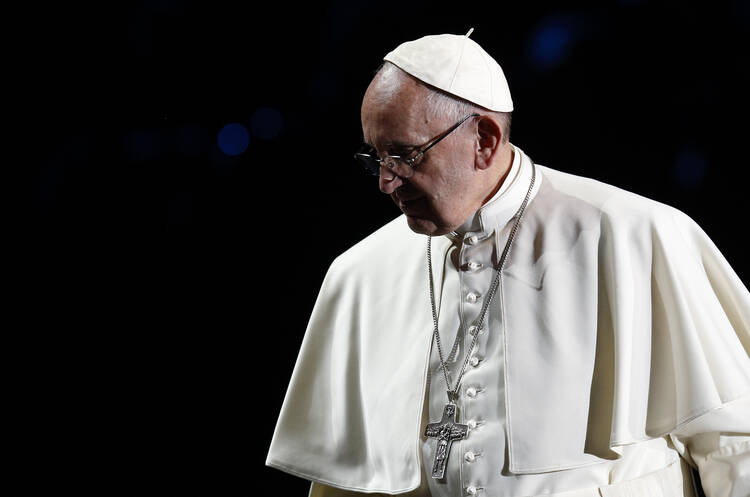 “Walking, praying and working together” is the motto of Pope Francis’ visit to the World Council of Churches in Geneva, Switzerland, on June 21, for the 70th-anniversary celebrations of the founding of the world’s largest and most inclusive ecumenical movement.

Francis is the third pope to visit the W.C.C. headquarters, which has been designated as an ecumenical pilgrimage.

Pope Paul VI went to the council headquarters on June 10, 1969, after visiting the International Labor Organization to celebrate its 50th anniversary. He hailed the W.C.C. as “a marvelous movement of Christians” but said the time was not yet ripe for the Catholic Church to become a full member.

St. John Paul II went to Switzerland twice in 1982 to visit the international organizations in Geneva, and during a pastoral visit to the country in June 1984 he confirmed that “the engagement of the Catholic Church in the ecumenical movement is irreversible and the search for unity is one of its pastoral priorities.”

“Walking, praying and working together” is the motto of Pope Francis’ visit to the World Council of Churches.

Pope Francis’ day in Geneva will begin with an ecumenical prayer service in the chapel of the Ecumenical Centre at the W.C.C. headquarters, at which he will deliver a homily.

From there, he will travel to the Ecumenical Institute in Bossey, an international center of encounter, dialogue and formation of the W.C.C. that was founded in 1946 to enable members of the different churches to study the theology of ecumenism, missiology and social ethics, in an intercultural and community atmosphere. Francis will have lunch there with the leadership of the W.C.C., including its general secretary, the Rev. Dr. Olav Fykse Tveit, and Cardinal Kurt Koch, the president of the Pontifical Council for the Promotion of Christian Unity. He will also greet the students there.

After lunch he will return to the council headquarters for an ecumenical encounter in the Visser ’t Hooft Hall, where the W.C.C.’s general secretary will deliver a speech of welcome and the pope will give his second major talk.

The W.C.C. represents some 560 million Christians from 110 countries.

The W.C.C. represents some 560 million Christians from 110 countries. Its origins date back to the early decades of the 20th century, when the modern ecumenical movement began with the World Student Christian Federation and the World Missionary Conference in Edinburgh, Scotland, in 1910. The deaths, suffering and destruction caused by World War I gave added impetus to church leaders in Europe to create movements not only for mission (the original aim of the ecumenical movement) but also for unity (the Faith and Order Conference in Lausanne in 1927) and justice and peace in the world (the Life and Work Conference in Stockholm in 1925). These movements joined together and in 1936 began the process of creating the W.C.C., but the onset of World War II put its formation on hold.

Soon after the war ended, the W.C.C. was established at an assembly of 147 churches in Amsterdam on Aug. 23, 1948, as “a fellowship of churches which accept Jesus Christ our Lord as God and Savior.” Its constitution states that “the primary purpose” of the fellowship “is to call one another to visible unity in one faith and in one eucharistic fellowship, expressed in worship and common life in Christ, through witness and service to the world, and to advance toward that unity in order that the world may believe.”

The W.C.C. is not a church, nor does it issue orders or directions to the churches. It works for the unity and renewal of the various Christian denominations and offers them a forum in which they may work together in the spirit of tolerance and mutual understanding in various areas, including justice and peace, combating racism, fostering dialogue in situations of conflict in the Middle East and parts of Africa, and combating violence against women.

The W.C.C. was established as “a fellowship of churches which accept Jesus Christ our Lord as  God and Savior.”

Today, 348 churches belong to the council, including most churches of the Orthodox tradition, many from Protestant and Anglican traditions, as well as Pentecostal and African Independent churches. While its founding members were mainly from Europe and North America, today most of its members are from Africa, Asia, the Caribbean, Latin America, the Middle East and Oceania.

On the eve of the pope’s trip, Dr. Fykse Tveit, a Lutheran pastor of the Church of Norway and general secretary of the W.C.C. since 2010, described Francis’ visit as “a strong signal of recognition by the Catholic world; a signal that there exists a worldwide ecumenical movement, in which the Catholic Church participates.” He recalled that Pope Francis has said, “We must work together and that there are enormous spaces for this.”

Though the Catholic Church did not become a formal member of the W.C.C. due to divergent visions on doctrinal, moral and social questions, various dicasteries of the Roman Curia collaborate in some of its working groups and commissions. A joint working group between the W.C.C. and the Catholic Church was established in 1965 as one of the first fruits of the Second Vatican Council, and over these past 50 years relations have improved considerably. The working group’s agenda touches several areas of W.C.C. programmatic activities, such as the Pilgrimage of Justice and Peace, doctrinal issues, and issues related to mission, justice, peace and reconciliation, ecumenical formation and youth.

The general secretary of the W.C.C. described Francis’ visit as “a strong signal of recognition by the Catholic world.”

The Catholic Church also participates in other areas with the council. It is a full member of the Faith and Order Commission, serves on the team for mission and unity, sponsors a faculty appointment and spiritual support at the Bossey Ecumenical Institute, and works with the W.C.C. team on interreligious dialogue and cooperation.

By coming to Geneva for the W.C.C.’s 70th anniversary, Francis is seeking to strengthen and foster the already good relationship between the Catholic Church and this worldwide ecumenical body, and he will most likely encourage ever greater engagement from both sides on the path to unity and in the service of humanity.

After visiting the W.C.C. and before returning to Rome, Pope Francis will travel to the Palexpo international exhibition center, adjacent to Geneva airport, to concelebrate Mass with the country’s bishops for some 70,000 Catholics of the Swiss Federation. Forty percent of Switzerland’s 8.3 million people are Catholic.

In my Catholic upbringing the label “Christian” rather than “Catholic” really meant “heretic.” Catholic writers persist in limiting their presentations on issues pertaining to all Christianity to identifying them as “Catholic” issues. When are Christians to show unity on the salvation story and Jesus’ role in it rather than holding back in fear of being seen as breaking with parochial beliefs?

I am convinced that most of the insularity to which we cling is due to simple ignorance rather than to some unworthy motivation. Fear of the unknown probably plays a role.