I lost my mom 83 years ago, but Our Lady never left me. 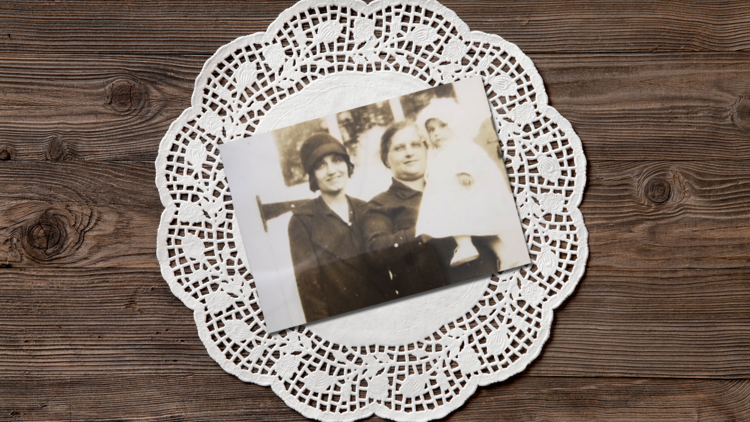 It was a warm summer day, July 2, 1935. I was 7, playing with my four cousins and my brother in my grandmother’s spacious Bronx backyard. But in a string of childhood summer days—playing ball games, jumping rope, soaring high on swings, playing hide ‘n’ seek—this one is unforgettable, even after 83 years.

Usually, after several hours of fun, the cousins would run to the screen door to ask for a treat. Within minutes, our smiling grandmother would swing open the door, bearing six slices of white bread slathered with sugar and butter. Just what we had hoped for. The bread was store bought and as soft as a marshmallow, so ﬂuffy it was easy to squeeze the loaf out of shape when we carried it home from the store. Such days with my cousins were carefree and happy.

Certainly that is what my grandmother intended for her grandchildren. My maternal grandfather died on Christmas Eve, two weeks before I was born. He and my grandmother had nine children, two boys and seven girls. My mother was the second oldest. Three unmarried aunts lived with my grandmother. My oldest aunt, Irene, had two children and lived on the second floor. My family lived in the house next door, built so the families could be close together. Aunt Louise lived on the third floor with her two children.

My mother was pretty, soft-spoken and kind. It was clear to me that she and my father were a very loving pair.

My mother was pretty, soft-spoken and kind. It was clear to me that she and my father were a very loving pair. I remember the four of us walking to Mass every Sunday, taking car trips to visit friends and family and shopping for clothes in Manhattan.

I was a troublemaker; my brother, a year and a half older than me, was serious. It was my youthful opinion that my mother favored my brother, though I now suspect that probably was because of my challenging behavior. I was an attention seeker, but I always felt loved.

On that sunny July evening, before returning to our respective homes for dinner, we went to thank our grandmother for a wonderful time. As we entered the house, I was delighted to see my father, a doctor, so early for him to be home. But my feelings were quickly replaced by a sense that something was not right.

My father gently took my hand and my brother’s and led us to a quiet corner of the house. We sat down together, and he said in a soothing voice, “From now on there will be just three of us.”

We sat down together, and my father said in a soothing voice, “From now on there will be just three of us.”

I did not absorb the full meaning of what he was telling us. His comforting cadence left me not with a feeling of loss but of closeness to him. Unbeknown to me and my brother, my mother had been rushed to the hospital that day. She was seven months pregnant and had pneumonia. Her coughing was so intense that she aborted the baby, and neither she nor the child was strong enough to survive the shock.

As was the custom of the day, my mother’s body was laid out in the living room of my grandmother’s house. I remember family members ﬁlling the house, praying, talking quietly; there were no hysterics, just quiet murmurs and meditation.

When I saw my mother lying in the casket, I thought she looked as pretty as ever. I learned much later that before the casket was closed, the baby was placed next to her.

The funeral procession from the house to the church impressed me: a long line of people, all dressed in black, walking in a straight line on the path to the church. After Mass, we drove in cars to the cemetery.

When I saw my mother lying in the casket, I thought she looked as pretty as ever.

Shortly after the funeral, we moved to Manhattan, closer to my father’s internal medicine practice. We would now be living in a four-story brownstone with my paternal grandparents, Nonna and Nonno. I considered this an adventure.

The day we arrived, in August of 1935, Nonno, who had emigrated from a small town near Siena, Italy, said, “En questa casa parliamo solamente Italiano” (“In this house we speak only Italian”). I was terriﬁed at ﬁrst, but within two weeks I was speaking Italian.

Every night, before bed, my father, my brother and I knelt down to pray the Our Father, Hail Mary and Glory Be. We developed a closeness that needed no explanation, and it remained for our entire life.

Every year on the anniversary of my mother’s death, we got up very early and returned to the Bronx, to the church where my mother’s funeral Mass had been said. Family members would gather with us as we prayed in her memory.

When the teacher said, “Take this home to your mother,” I wished the floor would open up and swallow me.

I was able to cope with the sudden loss of my mother at 7 years of age because I was surrounded by the love, support and infectious positive attitude of my father, my brother, my grandparents, my aunts, uncles and cousins. My life went on, even though it had turned in an unpredictable direction. Nonno escorted the cousins every day to and from school, which was five short blocks away. My older cousin was very smart and got all As; we had no choice but to follow her lead.

It was not until about fourth grade that I felt something missing. When the teacher said, “Take this home to your mother,” I wished the floor would open up and swallow me. What was I to do?

Other situations became painful for me: my friends baking with their mothers, making Valentine’s Day treats and Halloween costumes. I began to feel the loss of my mother deeply. My father tried his best. Several times a year, he would take my brother and me to John Wanamaker’s children’s department. He would make an appointment with the same salesperson, and we selected our clothes for the season. This was a delightful treat, my father taking on what had been my mother’s role. I loved him dearly for his efforts, but there was no way he could completely fulfill my maternal needs.

I missed my mother, yes, but the conversations I had with Our Lady ﬂooded me with comfort.

I knew there had to be an answer. As I pondered my growing need, I was reminded of a beautiful prayer we had learned in religion class:

Lovely Lady, dressed in blue,
Teach me how to pray,
I am just a little girl,
I need you to show me the way.

This prayer launched me on a new path. I missed my mother, yes, but the conversations I had with Our Lady ﬂooded me with comfort. I was able to transfer my feelings from the mother I did not have to a ﬁgure whose warmth ﬁlled an aching void inside me.

Can a parent’s perspective aid our understanding of Scripture?
John J. Conley, S.J.

One day, while at Mass, I looked up to the beautiful statue of Our Lady, and I prayed: “God has taken my mother. I need you to be my mother.” From that day on, I have gone to Our Lady to seek help, consolation and comfort. She became my everlasting mother. She has never left me—nor I her.

When I became a mother at 22, I knew that I wanted to fulfill that role as long and as perfectly as I could. I held my babies close and gave them love with deep and penetrating smiles. I created the indelible connection that can last a lifetime.

Through it all, I had a counselor who understands and is always there for mothers. She was a mother, too, one who experienced joys and sorrows, sorrows even harsher than any mother today is likely to experience. Our Lady was there for me, and all a mother has to do is call on her and she will hear, comfort and show the way. 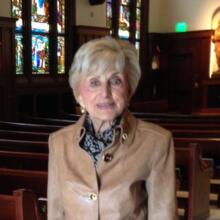 Edna Ulasewicz is an interior designer who raised a son and two daughters.

Be with us O Mary along the way - Guide every step we take.

As long as I remember, my mom is always someone I have to support. It was Mary I experienced in my 30-days Retreat, who took me in her home without obligations and work, that I first time enjoyed unconditional love. I still have complicated feeling to my mom and pray, that Mary can also look after her.

Unbelievable!!!MY HUSBAND IS BACK AFTER CONTACTING GREAT PAPA JUSTUS !!!
Life has been so miserable after my wife broke up with me three years ago. I never thought she could hurt me just like that then i realized how much i loved my wife when she ended our relationship and i had to look for options to make sure i get her back to myself for i wasn't living fine anymore. I was directed to a Spell Doctor known as DR Papa Justus by my cousin who he claimed he helped him in winning a lottery. I made contact with the Doctor and i was surprised and amazed when my wife came back to me with her knees on the floor pleading to me for forgiveness to take her back as my lover. I thought i was dreaming because all this happened just within 48 hours and it happened as the spell DR Papa Justus as said. For that wonderful encounter with this man, i took a decision on my path that i will let the world know about DR Papa Justus for he's able and capable to solve any problems. Get in touch with him now. Here's his E-mail: EMAIL :GREATPAPAJUSTUS87@YAHOO.COM,GREATPAPAJUSTUS87@OUTLOOK.COM
Call / WhatsApp +2347032991753
https://m.facebook.com/Papajustuspell/?ref=bookmarks

Thank you for a lovely story!