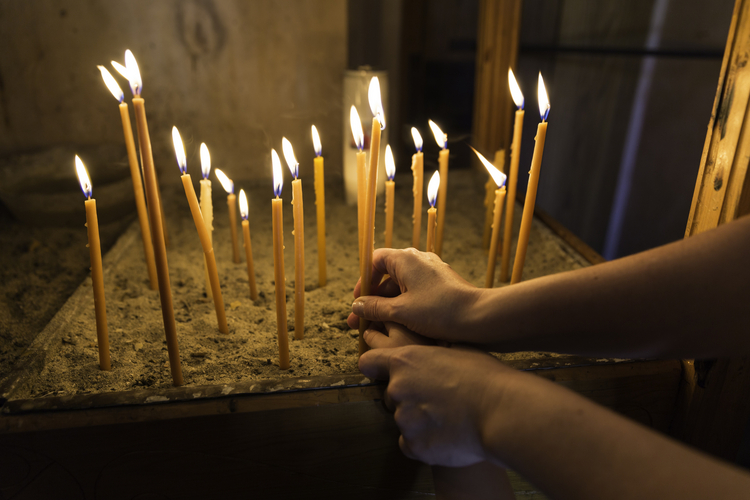 As we enter deeper into Lent and continue to abstain from certain foods and habits, even those who have given up constantly checking Facebook and Twitter cannot retreat entirely from our divided, toxic political environment.

Partly because of my work in community and government relations for a Jesuit university, and partly the responsibility of simply being a citizen I will continue to take in news. This means I will inevitably be exposed to the usual mix of “fake news,” political grandstanding and negative partisanship—what the Stanford political scientists Shanto Iyengar and Masha Krupenkin call “a primal sense of ‘us against them.’”

Can our preparations for Easter help us cope with this reality? Can they do so not only now, but throughout the year?

In the Eastern Orthodox tradition in which I worship, the season of Lent begins with a “Forgiveness Vespers.” At the end of the service, each member of the community proceeds to the front of the church to exchange with the priest and fellow parishioners—the whole church—a plea of repentance.

One by one, you bow to the person before you and then, coming face to face, you say: “Forgive me!”

One by one, you bow to the person before you and then, coming face to face, you say: “Forgive me!” The other person responds: “God forgives. I forgive.” You then extend your hand and the kiss of peace (or two or three, depending on the parish). And so it goes until each person has asked every other person for forgiveness, and the entire church is encircling the sanctuary. Like a lot of Eastern liturgy, this service is touchy-feely. There are giggly kids and generous grandmas. There are self-conscious teenagers, people with bad breath and sometimes tears. My cheeks usually feel a bit scratchy and irritated by the end.

In those brief exchanges, we are not able to work out all of the sins and slights that may have built up over the year, and we are not able to test the sincerity of the other’s plea. Is it possible to just go through the motions? Yes. Has all truly been forgiven and made right? Maybe not. Nonetheless, it is an important and visceral step toward the other: an invitation to and entering in of God’s grace. It is remarkable just how much is communicated in that awkward, emotional and hope-filled receiving line. Holding a gaze with your fellow church members for those brief seconds, there is a searing sensation. You remember back to the exact moment (or moments) over the last 12 months when you were short-tempered or selfish or uncaring—forgetting to inquire after an ill parishioner’s health, interpreting a turned head as judgment of my unruly 5-year-old’s noisemaking.

It is remarkable just how much is communicated in that awkward, emotional and hope-filled receiving line.

Whatever is going on in the world around us, and in our own little worlds, this ritual breaks in with a reminder of transformational love and the possibility of reconciliation. This year more than most, I wished there was a way to bring the annual Lenten practice to my social media feeds and to our country.

On Forgiveness Sunday, we look for the best in the one we forgive and seek to give a charitable interpretation of the other’s intent—what Jesuits call the “plus sign,” in reference to Annotation 22 of St. Ignatius’ Spiritual Exercises. In contrast, fake news—and the hyper-partisan confirmation bias that helps to fuel it—is almost always about making the other seem worse than he or she actually is.

In his message for World Communications Day 2018, Pope Francis wrote that fake news grabs people’s attention “by appealing to stereotypes and common social prejudices, and exploiting instantaneous emotions like anxiety, contempt, anger and frustration.” He identifies the “tragedy of disinformation” as one that “discredits others, presenting them as enemies, to the point of demonizing them and fomenting conflict.”

On Forgiveness Sunday, we look for the best in the one we forgive and seek to give a charitable interpretation of the other’s intent.

Similarly, Arthur Brooks, the president of the American Enterprise Institute, observed, “If we want to solve the problem of polarization today, we have to solve the contempt problem.” The contempt that infects our political discourse, he said, stems from “the utter conviction of the worthlessness of another human being.”

Findings from Pew Research Center back up this observation. In 2017, 44 percent of Democrats and 45 percent of Republicans had a “very unfavorable” view of members of the other party—up from just 20 percent on both sides in 1994.

Mr. Brooks, who counts the Dalai Lama among his friends, asked the Buddhist spiritual leader for advice: “What do I do when I feel contempt?” The Dalai Lama’s answer: “Practice warm-heartedness.” In my parish on Forgiveness Sunday, we engaged in some of that practice through a liturgical exchange of mutual repentance and connection.

While the ritual is certainly not designed to decrease the dissemination of fake news or break down political echo chambers, it could help us see a way forward from our bitter polarization. As we proceed through Lent, we might ask ourselves if we would make a sensational or questionable or mocking claim about another person if, instead of sitting behind a screen we had to stand face to face with our “friends” or “followers.” Proximity matters. I know it did on that Sunday with those I bowed to and kissed and hugged—brought through physical nearness to encounter others as God would have me see them. Perhaps this Lenten practice should not be left for just once a year. 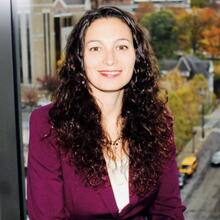 Julie Schumacher Cohen serves as the director of community and government relations at the University of Scranton, having worked in faith-based nonprofit and higher education settings for more than 15 years. She resides in Scranton, Pa., with her husband and three children.

Excellent article. Thank you for writing it. The Forgiveness Sunday ritual sounds marvelous!

My husband and I discuss more and more how people are slowly realizing the toxicity of the internet, particularly “news” sites and social media. Neither of us are on any of the social media apps. Our friends are those from church, work or school. We take great consolation knowing that people are realizing spending hours on the internet and social media are shallow. Books are being published (, e.g. “Deep Work” by Cal Newport) specifically discussing the addiction of these behaviors, the shallow work inolved and returning instead to a life filled with “deep work”, i.e. focused comcentration on daily tasks towards goals.

For Lent my husband gave up sugar while I gave up email. He has lost 10 pounds and I havent checked email once since Ash Wednesday. We both embraced for Lent a traditional day to day existence including adopting the Suscipe Prayer of St Ignatius of Loyola which really put the world in perspective

It is not too late to receive many of God’s graces this Lent. Start with the Suscipe Prayer:

“Take, Lord, and receive all my liberty,
my memory, my understanding,
and my entire will,
All I have and call my own.

You have given all to me.
To you, Lord, I return it.

Everything is yours; do with it what you will.
Give me only your love and your grace,
that is enough for me.”
- St Ignatius of Loyola

Unplug from the internet and see God face to face with those in your midst just as Jesus taught. Be a “culture of encounter” - Pope Francis.

this is about a very anonymous, generic, superficial level of forgiveness.
I could not look my abuser in the eye and say "I forgive you". Bishop Desmond Tutu says that forgiveness has to be earned by the abuser, it is not a freebie that the victim hands out--which would negate the attitude expressed in this article, which seems more about playing at forgiveness, or practicing it for some future time when you will be really challenged to forgive your real enemy.

Most of the suburban parishes where we live are very large, ranging from 1500 - 5000 families. FAMILIES, not individuals. If there are an average of two or three people in each family, there are thousands of people registered. Of course, only about 20% are active, but even with that, there are hundreds at each mass. Somehow it seems that this ritual would only workable in very small parishes.

This is an thorough and personal presentation of the practice of Forgiveness Sunday. I have one real problem, though: it consistently speaks of this ritual as an Orthodox practice. Eastern Catholics observe exactly the same ritual. A greater sensitivity to the fact that not all Eastern Christians are Orthodox seems necessary.