How the Buddha became a popular Christian saint 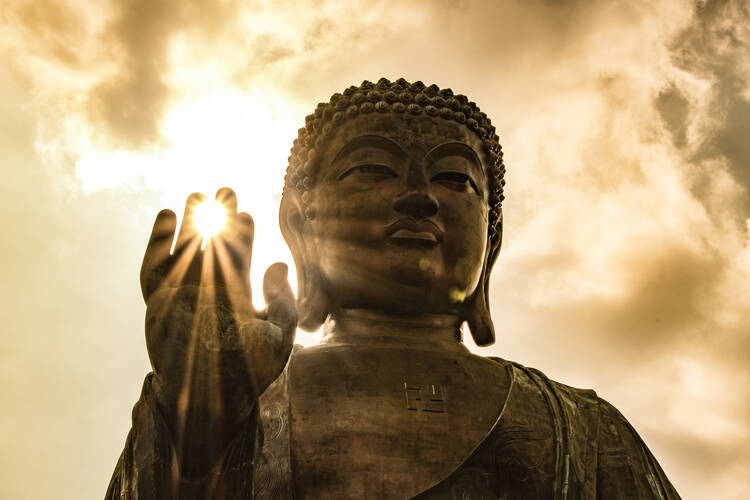 Christianity has been intertwined with the Indian subcontinent almost from the beginnings of the faith. The apostles Thomas and Bartholomew are both said to have traveled to India to preach the Gospel. And Christianity has been influenced by India in return. Two of medieval Europe’s most popular saints, Barlaam and Josaphat, were in fact Christianized versions of the Buddha, whose life story and teachings were adapted to the message of Christ. The transformation of the Buddha into a Christian figure demonstrates how much the two spiritual traditions share—and reveals the special beauty of medieval Christian piety.

The Buddha, or Siddhartha Gautama, was born to a noble family in India in the fourth or fifth century B.C. Renouncing his wealth to pursue wisdom, he founded what became one of the world's most important spiritual traditions. Hagiographies began to appear soon after his death, combining fantastical versions of his biography with his sermons and parables. The stories traveled throughout Asia, reaching the frontiers of Europe by the 10th century A.D. Monks in the Byzantine Empire took the story for their own. They replaced the Buddha with the fictitious Indian saint Josaphat (the name of an Old Testament king) and created the character of Barlaam from Bodhisattva, the Buddhist term for an enlightened person. But the story itself hardly changed.

Two of medieval Europe’s most popular saints, Barlaam and Josaphat, were in fact Christianized versions of the Buddha.

According to the Buddhist legend and its Byzantine adaptation, a king was granted a son after many years of childlessness. Raised in a palace, the young prince never saw poverty, sickness, old age or death. But one day, he snuck out of the palace and encountered on the road beggars, victims of disease and a funeral procession. Realizing that suffering was omnipresent, the prince could not return to the comfort of his father’s house. He began a quest for truth, in which he was helped, depending on the version, either by the supernatural beings of the Buddhist pantheon or by Barlaam, a Christian priest.

The Byzantine story was translated into Latin and became one of the key texts of the medieval European church. Preachers in need of a sermon could find inspiration in its parables, which had been given a Christian interpretation by the Greek and Latin translators. A particularly famous one describes how a man chased by a tiger tripped over a cliff. Grasping onto a vine to stop his fall, the man sees another fearsome animal below him, the tiger still above him and a pair of mice gnawing through the vine, from which hangs a ripe fruit. With his free hand, he plucks the fruit and finds to his delight that it is the most delicious he has ever tasted.

This story is today often interpreted among Western Buddhists of the Zen tradition as a call to enjoy life in the moment. In its medieval Christian interpretation, it was a stern warning: The sweetness that comes from the vine is the false pleasure of the world, by which people are so taken in that they forget the danger that pursues them.

The medieval plays and poems portray the father as having a heart and soul of his own.

The Greek and Latin versions of Barlaam and Josaphat’s story represent a fascinating moment in the encounter between different cultures and spiritual traditions. Reading them, however, does not reveal much about why Barlaam and Josaphat became two of the era’s most beloved saints. The real appeal of the two Indian saints can be found in works of theater and poetry written for popular audiences in French, Spanish and other emerging languages of medieval Europe. Rather than focus on theological points or the interpretation of parables, these plays and poems explore the relationship between Josaphat and his father, the pagan king.

When a son is finally born to him, the king is overcome by joy. He tells Josaphat in one 13th-century play, “You are my son and all my pleasure, my love and all my happiness.” He watches over his child, worrying that Josaphat “might be lost to death or that he might convert to the Christian faith” and thus be lost to him. When the king learns that his fears have come true, he confronts his son in desperation: “Why, son, have you put me in such sadness and dishonored my old age?” Finally, moved by his son’s explanation of the Gospel or by a miracle (depending on the particular version), the king recognizes that his beloved son is not his alone but also “that of the heavenly Father. How I must give him thanks for you!” Father and son, torn apart by religious difference, find each other again.

Can you be a Catholic and a yogi?
Jennifer Kurdyla

Here medieval Christianity reveals its treasures of compassion. The Buddhist version of the story and the first Christian adaptations in Greek and Latin are rather cold, individualist affairs. They are concerned almost exclusively with the figure of the son, who must escape from the pleasures of the world and the gilded cage created by his father. Indeed, the father and his watchful love are merely obstacles to be overcome as the son pursues his spiritual journey. Faith itself is a question of intellect rather than emotion, with the Buddha achieving enlightenment through meditation and Josaphat accepting the Gospel after being convinced by the teachings of Barlaam.

The medieval plays and poems, in contrast, portray the father as having a heart and soul of his own. They present his attachment to his son as a genuine paternal love, one that the love of God will improve, not abolish. Rather than escaping from his father and the world in general, the son must rescue and enrich them.

Focused on the anguish of family strife and the power of divine love to redeem our everyday relationships, these medieval stories are far more than historical curiosities. Read today, the popular medieval versions of the life of Josaphat not only remind us that Christianity has long been in conversation with other faiths, borrowing and adapting from them, but also that the Christian tradition has something special to bring to these encounters. The tender treatment of a pagan father’s love in these poems and plays offers a particularly Christian reminder that dialog and conversion take place within vital, fraught relationships that are worthy of respect. 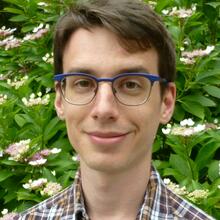 Blake Smith is a postdoctoral fellow at the European University Institute, where he studies cultural exchange between India and Europe.