My year of service sent my parents into a panic. It sent me deeper into the heart of Mercy. 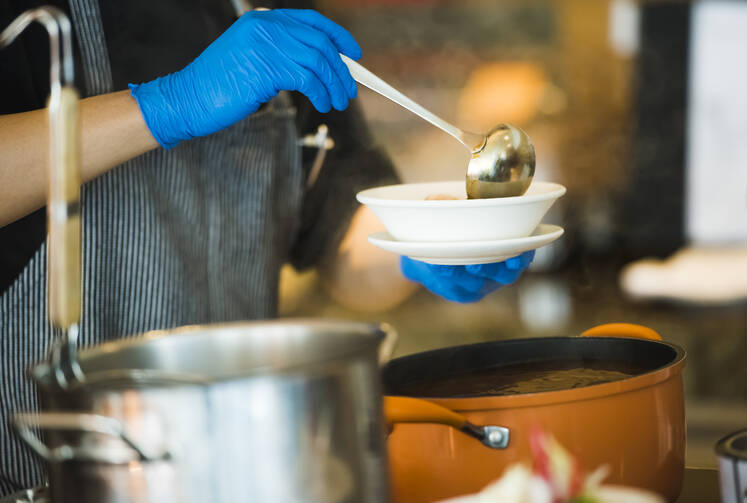 After I graduated from college, I sent my parents into a panic when I told them I was doing a year of service in Detroit. I explained that, after spending thousands of dollars on a degree, I would be earning a small stipend while managing a food pantry and soup kitchen with Christ the King Service Corps. They were not happy—my mom even less so after she Googled the Brighmoor neighborhood where I would be working and saw it had the second highest homicide rate in Detroit and was one of city’s poorest neighborhoods. Still, I was committed to trying to live this life of mercy, a kind of abstract idea that became concrete for me that year. During my year of service, I was mostly on the receiving end of mercy.

Every morning my first task was to drive to a bakery to pick up breakfast for 30 or so clients who would come into our main office. When I returned, I was always greeted by my partner in crime, a woman who is everything I ever want to be: Sister Vincent Louise. She is a joyful, pleasant, God-loving Daughter of Charity, who also has a temper and some serious sass.

As I became acquainted with my new neighborhood and community, I found out some sickening things. I began to notice the same man, in the same car, dropping off the same women, on the same street corners, every single day. This man was a pimp who would profit from women trading their bodies for money or drugs. Then, he had the audacity to come to the office, expecting me to provide him with breakfast and coffee.

When I finally put two and two together, I remember thinking: This man is no longer welcome here! He doesn’t deserve hot coffee or food, especially not from me! I’ll serve him when he stops pimping out girls! I loudly voiced my self-righteous sentiment to Sister Vincent Louise, who I assumed would be completely onboard. Instead, she looked at me and replied, “Mercy, Tinamarie, mercy.”

Though I despised serving him for quite a while, I continued to provide breakfast and coffee each day. Sister Vincent Louise showed me mercy by not allowing me to hate a brother in Christ. Mercy allowed me to see this man was a hurting person, too. Now, mercy does not excuse his behavior, but it did remind me he is first and foremost a child of God.

“Mercy commits everyone to being instruments of justice, forgiveness and peace.” – Pope Francis

At the beginning of my service year, I broke up with a guy who had been my serious boyfriend for five years and my best friend since eighth grade. I wanted to get married, so during my senior year of college I asked him to begin coming to church with me. I wanted him to see marriage as a sacrament as I did and for our future kids to be raised by a man who was friends with God. But he rarely came. I was not perfect either, especially because I used him as a crutch for my anxiety. I began to feel God calling me and my life to grow in one direction, while my ex was growing in another direction. Eventually, I heard God whisper, “I’m so sorry; he’s not it.” It was one of the most sorrowful sentences I have ever had to hear.

Shortly after I broke up with him, while I was still pleading to God that by Christmastime we would be back together, my former boyfriend called to tell me he was dating one of my close friends from college. I screamed through my tears, “Did you even think about or talk about how this would hurt me?” He replied, “No.”

Mercy allowed me to see this man was a hurting person too.

I was devastated. After almost 10 years of friendship and five years of dating, I had been replaced within a month. I was filled with anger—dark, black anger, the kind that stems from hurt and manifests itself in hate. I was enraged with God and gave God the silent treatment.

At work the following Monday, I was on door duty, meaning I regulated the clients’ entry into the pantry in order to avoid congestion. One of my grandmotherly female clients took one look at me and asked: “Why ain’t you smilin’? You are always smilin’!” I thought to myself: I’m not here so she can serve me. I’m here to serve her. I responded with a shrug and explained I was O.K. She pushed. I cracked. After I briefly explained my hurt, she looked at me with her eyebrows raised and said: “Pray for that hoe! Pray for that hoe!”

So that was my prayer. That was the way I able to take my bleeding heart to God. I literally prayed, “Lord, help me to want to pray for those hoes.” My client started me on the path to healing, to better understanding the complex situation and emotions of people who hurt me. But at that moment, if anyone else had told me to pray for them, I would have wanted to deck that person in the face. Today, I can honestly say I do not hate them anymore and have moved on with my life; and it is all because my client had mercy for me and my pain.

“Mercy is the heart of God.” – Pope Francis

I have met the heart of God. His name is Ron. He is a big guy with gray, wolf-like hair, and an out-of-control mustache. He lives in a small, rundown house that sometimes has water and electricity. One stormy morning I tucked my sweatpants into my high socks, so only my sneakers would be soaked by the torrential rain by the time I arrived at work. When I walked into the office, all my clients immediately began making fun of me, with affection. One asked, “How come you don’t have boots?” I responded, “Ah, well, I couldn’t fit them in my suitcase. No worries, my shoes will dry.”

If anyone else had told me to pray for them, I would have wanted to deck that person in the face.

Then Ron made a comment about my “big feet.” “What size are you anyway?” he asked. I rolled my eyes. “I’m a 9 in men’s; I like men’s shoes better anyway. I tear through sneakers.”

Two days later I heard a knock on the food pantry door. I peered through the peephole and saw Ron. As I opened the door he was smiling with his hands behind his back. “Good morning, Ron!” I began. “How are—” But I stopped mid-sentence as he pulled out a pair of black, high-top work boots. “They’re a size 10, so they’re probably big. Welcome to the neighborhood.”

There are many ways to describe the concept of mercy, but my year in Detroit has led me to believe that maybe one of the most apt is this: Mercy is like soup. It is this beautiful combination of different Christian values that come together to make something bigger than any one on its own. You add a splash of kindness, a can of love and one box of compassion; mix in chunks of forgiveness; leave it to simmer with Jesus for eight hours, and it comes together to form mercy.

And the flavor of this recipe is this: “Love them anyway.”

And the flavor of this recipe is this: “Love them anyway.” When people are mean to you. When someone is a pimp or dealing drugs or struggling with addiction. When someone replaces you, rips your heart out and makes you feel worthless. When your family makes you crazy. When a person arrives at your door filthy and haggard. When someone is too privileged to see the impact of their actions on society. No matter a person’s immigration status, ethnicity or sexual identity, whether someone is a Democrat or Republican, religious or atheist, rich, poor or middle class. You love them. Period. And you never stop. Just like God never stops loving us. 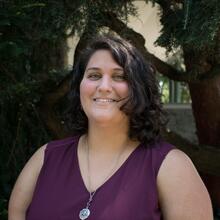 Tinamarie Stolz is a campus minister at Saint Joseph’s University in Philadelphia, Pa. She holds a master’s degree in theological studies from the University of Dayton in Dayton, Ohio.

The break-up was for the best for another reason: he would have ended up cheating on you.

Lots to learn from this story; it just made my day.

This is the best and most real article that I have read on practical spirituality in some time.

What you received was mercy with its feet on the ground - the best kind of mercy. Praying for the hoes acknowledges your pain while also opening your heart to forgiveness. Boots in a soggy environment allow you to continue serving others. We need others to see what we cannot see alone.

"After I graduated from college, I sent my parents into a panic when I told them I was doing a year of service in Detroit."
After my first semester at St. Joseph's University, I told me parents I had been selected as one of twelve to spend Easter Week in Appalachia, a program then in it's infancy. Of course I was told "Hell NO" by my compliant, faithfully attending in jacket and tie every Sunday, Father. As I expressed my sadness to Campus Ministry Director Fr. Gavin, he picked up his desk phone and called my Father (I had NO idea they had gone to high school together). Not sure Dad knew much about the Jesuits before St. Joe's, but my life was changed in so many ways by that one call (from God) and so many other Jesuits on Hawk Hill.

So in love with this article. Made me remember things from my year of service. Thank you for the beautiful reality check!

This is a beautiful article and a true pleasure to read even as it still confronts the reader's heart. It also points out the important truth that choosing to love the ones who hurt you does not mean you replace Justice with love or mercy. Instead, you do what you can to make things right while praying to God to convert the hearts that need converting while asking him to continually convert and protect your own. Good work!