Pope Francis: Scientific advances must serve ‘the good of all humanity, not just the few’ 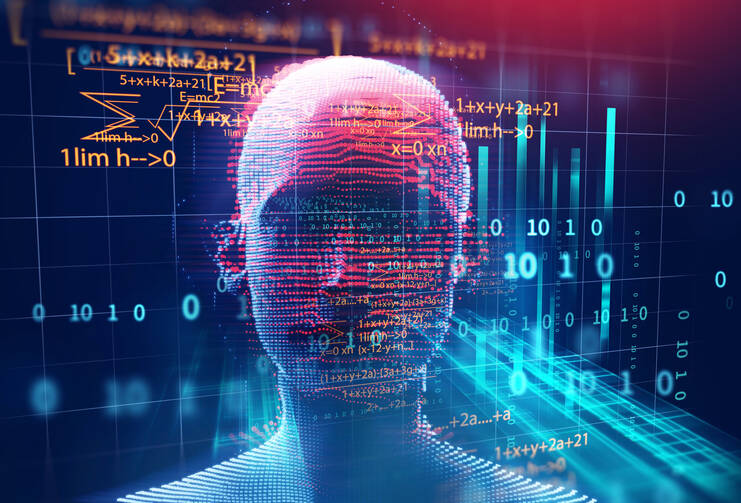 Pope Francis expressed the church’s “gratitude to the men and women of science for their efforts and commitment in favor of humanity” when he addressed participants at the plenary assembly of the Pontifical Council for Culture on Nov. 18. It was the end of a two-day discussion on the theme “The Future of Humanity: New Challenges to Anthropology.”

He emphasized that “this appreciation of the sciences finds its ultimate foundation in the plan of God,” even if the church “has not always known how to express it.”

Pope Francis expressed the church’s “gratitude to the men and women of science for their efforts and commitment in favor of humanity.”

At the same time, Francis, who as a young man studied chemistry, affirmed that “science, like any other human activity, has its limits, which should be observed for the ‎good of ‎humanity itself, and requires a sense of ethical responsibility.” He emphasized the need to always put the human person at the center of the new scientific developments and insisted on “the universal destination of goods, including knowledge and technology, so that they serve the good of all humanity, not just the few.”

“Not everything that is technically possible or feasible is therefore ethically acceptable,” the pope said.

The 83 conference participants, including cardinals and bishops from Africa, Asia, Europe and the Americas, in the previous days had listened to presentations from leading experts in the fields of medicine, genetics, neuroscience and artificial intelligence. They had shared astonishing as well as troubling possibilities on the scientific horizon.

Pope Francis: “Not everything that is technically possible or feasible is therefore ethically acceptable.”

Eric Salobir, O.P., the founder of the think tank OPTIC (Order of Preachers for Technology, Information and Communication), captured the sentiments of participants well when he remarked at the end of the second day, “Right now, I’m not sure there’s a pilot in the plane.”

He posed the crucial question: “Do we have the collective capacity to steward the technologies?”

“There’s a vacuum of a strong coherent ethical voice in the world” in relation to the new technologies, he said. That is one of the reasons he helped found “Partnership on A.I.” in September 2016. That technology industry consortium now includes Amazon, Facebook, Google, DeepMind, Microsoft, IBM and Apple. It focuses on establishing best practices for A.I. systems and educating the public about them.

“It’s important that we assert the imperative of meaningful human control over machines.”

“We urgently need a forum to have this conversation about who’s responsible for these machines,” Mr. Suleyman said. He pointed, for example, to the increasingly viable technology of “lethal autonomous weapons” which have been under discussion at the United Nations for the past five years. “It’s important that we assert the imperative of meaningful human control over machines,” he insisted.

Mr. Suleyman was not concerned that artificial intelligence might be monopolized by the nations which develop the systems. “History teaches us that powerful technologies have tended to be distributed and widely available,” he said.

“I don’t think it has the same characteristics as, say, nuclear weapons,” Mr. Suleyman added. “[Artificial intelligence is] very different; it delivers a lot of immediate benefits, and there are dual uses.... They’re going to be very widely available to many people, and that’s why it’s incumbent on us as creators and distributors of the technologies to think very sensibly about how they are deployed.”

Father Salobir told the assembly that 60 to 70 percent of jobs will be by affected to some degree by autonomation in the coming years.

Several speakers highlighted the ways technologies are shaping the labor market. Father Salobir told the assembly that 60 to 70 percent of jobs will be by affected to some degree by autonomation in the coming years. This raises many questions, he said, including, “For which kind of activity will the human being compete with the computer?”

Mr. Suleyman provided an example of the impact machines are destined to have. He noted that there are currently 3.1 million truck drivers in the United States, but with advances in the driverless car technology, they could be redundant in 10 or more years. How will these drivers make a living?

Rafael Vicuña, a professor of molecular genetics and microbiology at the Catholic University of Chile, gave a presentation on how new technologies have influenced medicine and genetics. He highlighted developments in the gene-editing technique known as Crispr-Cas9, which has opened the door to quick, fast and accurate editing of the human genome. He spoke about the possibilities it opens up, including cures for previously incurable diseases, as well as troubling potential consequences, including the depersonalization of procreation.

“The very development of some of these technologies is going to have profound consequences for how we even think about ourselves.”

Kevin Fitzgerald, S.J., from the Center of Clinical Bioethics at Georgetown University, told America that in his talk he sought to emphasize how “the very development of some of these technologies is going to have profound consequences for how we even think about ourselves and, in particular, how we think about health.”

“What is health?” he asked. “What are our hopes and goals for our own individual healthiness and the healthiness of our societies and our community?”

“If there’s a tendency for any kind of impetus to move in the direction of saying, ‘No, this is the perfect human being, this is what human being should look like and be like in terms of some kind of physical manifestation,’ then I think we are going to run into a lot of problems.

“We are at the beginning of a very significant time,” Father Fitzgerald said, “and we have to talk to each other about all this.”

The church “often finds itself on the margins of these cutting-edge issues or does not intervene.”

Cardinal Gianfranco Ravasi, the president of the council on culture, told America he convened the assembly to discuss the impact these extraordinary scientific developments are having on the self-understanding of the human person. He believes “in the present social and cultural horizon, anthropology, the concept of the person and what makes us human, is at the crossroads of this important discussion.”

Cardinal Ravasi noted that “the younger generations are asking fundamental questions about these technologies that offer global solutions based only on the technical sciences,” while writers and filmmakers have already focused on such questions in popular culture. But the church, he said, “often finds itself on the margins of these cutting-edge issues or does not intervene.” He felt it necessary “to bring all this to the center of the discussion as it is part of our future.”

The cardinal, a biblical scholar, said he considered this whole subject one of great importance also because much of the research is being done in Asia, which is home to cultural and religious traditions that are very different from European or American ones.

“What is the ethical response to the new developments and where is the control of the new technologies?”

Bishop Paul Tighe, the secretary of the council, told America that the aim of this and other initiatives of the Pontifical Council for Culture is “to get a richer dialogue between the culture of the sciences and the culture of the humanities; to try to build bridges; to dialogue with science about what it means to be human; to get people to think more about where our society is going, what is the ethical response to the new developments and where is the control of the new technologies?”

The cardinal archbishop of Quebec Gerald Lacroix told America that he was impressed by “the high quality of the reflection and of the people who were brought here: scientists, people from the business and health field, theologians and others who really opened our minds to what’s going on in the world—not to scare us but to say this is where we are at and to tell us that we don’t know yet where are we going, but let’s be part of it.”

What would Jesus do about Artificial Intelligence? Become more human.
Simcha Fisher

Cardinal Lacroix said he left the conference convinced that “we need to see how in each of our dioceses we can continue to dialogue with the people who are making things happen, either in the technological field, the computer field, the business field, the health field, philosophy and social politics, and to see how we can make sure that the human person is always at the center...especially those who cannot talk for themselves, have no voice, the poor,” who are too often forgotten.

During the conference, many participants signed a petition, which they will send to Pope Francis, asking him to lift the Holy Office’s monitum (warning) that had been issued on June 30, 1962, regarding the writings of Teilhard de Chardin (1881-1955), a French Jesuit priest, philosopher,paleontologist and geologist, The petitioners hope for the removal of the “monitum” as a further sign of the church’s reaching out to scientists.

"The cardinal, a biblical scholar, said he considered this whole subject one of great importance also because much of the research is being done in Asia, which is home to cultural and religious traditions that are very different from European or American ones." The cardinal's statement can be applied to a whole range of human activities, and it is as perfectly apropos to finance as it is to science.