Catholics of color are keeping the U.S. Catholic Church alive 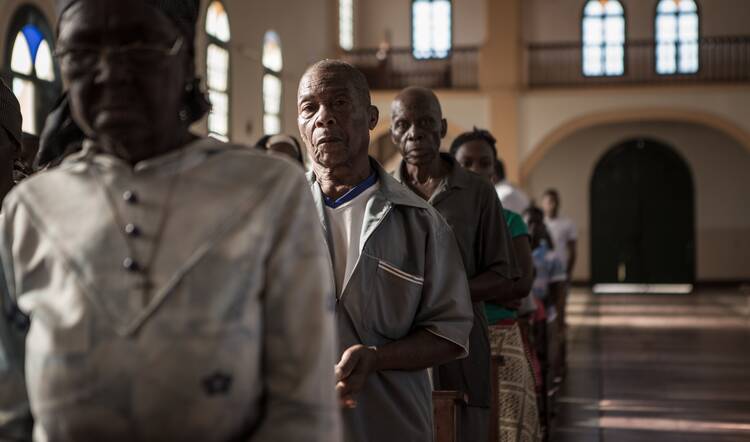 Photo by Martin Bekerman on Unsplash.

As an African-American Catholic, I often feel like the unnamed black man from Ralph Ellison’s Invisible Man, present but not really seen.

I was raised steeped in Catholicism—from my name, Mary Cecelia, to my education. I grew up in Maryland in the 1960s and ’70s. I attended the now-shuttered St. Pius V Catholic School, where I was taught by teachers from the Oblate Sisters of Providence, an order founded in 1829 to educate and care for African-American children. I wore my faith proudly, even when the bonds of it were strained. When my classmates and I got the side-eye from the white Catholic school kids at citywide field day games held in Patterson Park, or when some members of the Daughters of Charity of St. Vincent de Paul at the predominantly white Seton High attributed my high test scores to divine intervention rather than intellect, I remained proud of both my heritage and my faith.

My Catholic education continued at Fordham University, where the Jesuits offered a fine education. It was at Fordham where I met my husband, and though he has strayed from the fold, our son would not have been baptized in any other faith.

The Catholic Church in the United States is being transformed by its black and brown parishioners, whose numbers and voices are rising.

My faith has also played a role in my career, which, for me, is akin to a vocation. I became a journalist because I wanted to illuminate the lives of those so often dismissed as not worthy of notice or respect, despite the full, complicated and generous lives they—my friends, family and neighbors—lived. This is evident in my writing and in the work I do with The OpEd Project. We work with individuals and institutions across the United States, from universities to corporations, and encourage under-represented experts and thought leaders (especially women) to influence the important public conversations of our time.

The bonds of my faith have once again been strained, even tested, by the partisan infighting of today’s U.S. political scene, which finds very little cooperation and compromise. During the 2016 presidential election, Catholic voters were split between Hillary Clinton and Donald J. Trump. Throughout President Trump’s first year in office we have seen the chasm among many U.S. Catholics grow even wider, on issues that range from health care to immigration. In my diverse but mostly white parish, we have long since stopped talking politics and justice, sticking instead to the ministries for the homeless, hungry and disabled and spiritual relationships that have kept us close.

The truth is, the Catholic Church in the United States is being transformed by its black and brown parishioners, whose numbers and voices are rising. They and priests from around the world are keeping the church alive. When the National Gathering for Black Catholic Women met in Charlotte a few years ago, I connected with my sister, still holding strong in her Baltimore parish—transformed from white to black and offering services with hymns, praise dance and more emotion than the services of our youth. Yet the parishioners are as devout when it comes to the celebration of the Mass.

After a right-wing gathering turned to tragedy and death in Charlottesville, Va., this summer, some evangelical Christian leaders sought to make excuses for the president’s failure to forcefully denounce white supremacists and neo-Nazis. U.S. Catholic leaders, on the other hand, forcefully reacted on the side of those marching and, yes, dying, against hate and for justice. There was some comfort in a church that looks to the future, though not without the stumbles that will hurt and sow doubt. It is a new day in an old faith, with more voices sharing their concerns and their joy—and there is no going back for Catholics of every color if we are to live our faith.

We were never invisible. 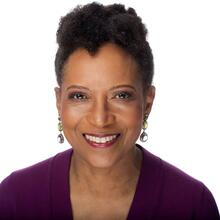 Mary C. Curtis, a columnist for Roll Call and NBCBLK and contributor to National Public Radio, has worked at The New York Times, The Baltimore Sun and The Charlotte Observer and is a senior leader at The OpEd Project.

The title is tantalizing, provocative and hopeful since the argument is real. I was hoping that Mary would be more specific, which left me disappointed. Mary indicated that there was a political spilt between Catholics, which is true, but that existed long before the Trump, Clinton contest.
These divisional subjects are worth real debate, probably with an aim to help cure the cause, rather than the consequence, which always seems more newsworthy.
Maybe Mary could start the debate by designating the starting principles. How should America deal with immigration? How should America care for it's sick? Let us hope that from a Catholic standpoint we could include the principle of subsidiarity, while remaining compassionate.

I agree that there is still much work to be done in our church and nation to bring about racial equality and justice. I also agree that the division among Catholics precedes the Trump/Clinton presidential contest.
I was a registered Democrat for over 30 years (I'm now 55). I now am reluctantly a registeted but moderate Republican. I oppose capital punishment, support stringent gun control laws, reasonable protection (laws and regulations) for our environment, war only as a last resort after diplomacy is first pursued to settle conflicts, humanitarian and economic aid to foreign impoverished nations, welcoming immigrants, and quality health care for all Americans. However, I do oppose the violence of legal abortion. One million innocent unborn human beings ate killed annually on our nation. A disproportionate percentage of these acts of violent abortions are performed on minority pregnant women. Houses of worship, individuals, government agencies, and alternative -to-abortion groups must all do our /their best to assist pregnant women in need. Without being immodest, I contribute modest sums to both Catholic and secular charities that assist people in need in practical, compassionate ways each month.

the “us vs them” shtick has gotten so old and tired. no wonder Americans have tuned out news outlets as being fake, hyperbolic and driven for bait/clicks headlines on both sides of the political spectrum

We rarely see Catholic news outlets preach the ancient words of Jesus “may they all be one” and St Paul’s “there is no division in Christ”. Rarely do leaders call for throwing down their stones and beat their own chests because we are all guilty of the sins of judgement, hatred and lack of forgiveness. Black Lies Matter and Antifa anarchists promote hate and white bashing, cop killing and arrive by the hundreds via buses paid by left wing billionaires to disrupt First Amendment rallies. Meanwhile the main scream media brandishes their club with “White Supremacist” when one dysfunctional, mentally ill and/or broken young man like Richard Spencer or Jason Kessler organizes a gathering to utter unintelligible words.

Likewise Black on Black violent crime never ever gets addressed by the thought police, never mind black columnists nor black “religious” pastors. Black women and children are abused, neglected and objectified by black men while leaders give them a pass. The travesty of these innocent black women and children victims is unconscionable and yet it grows all the more.

Black culture today is nothing like their honorable black grandparents who wore Gospel proudly on their sleeves and whose Christ-like actions in previous decades would make most modern white Catholics blush and modern black Christians disavow their own sins.

Racism is racism. You are no better than the others

Pope at Mass: hypocrisy and trickery are bad for us - Vatican Radio
http://en.radiovaticana.va/news/2017/10/20/pope_at_mass_hypocrisy_and_trickery_are_bad_for_us/1344141

Mea culpa once was distinctly part of the Catholic ethos. Now finger pointing and divisive hypocrisy are the new normal.

Americans see it, tune it out and divisions grow all the more

A couple of Sundays ago I attended Mass at St. Francis de Sales Catholic Church on Rhode Island Avenue in Washington D.C. A small church, this congregation is the longest continuous congregation in the D.C. area, surviving since 1722. It is largely African American.

I was there because I had recently discovered that I am the 4th great grand daughter of Marsham Queen, the builder of the original chapel (Queen's Chapel) in 1722. The chapel that he built has been cultivated and cared for through the years largely by his slaves and their descendants. The noon Mass was a "Gospel" Mass that totally touched my soul. They welcomed me, as a "Queen", back into their fold and family. I have never felt more at home in a Catholic Church.