Words of wisdom: Always go to the funeral.

Words of wisdom: Always go to the funeral. 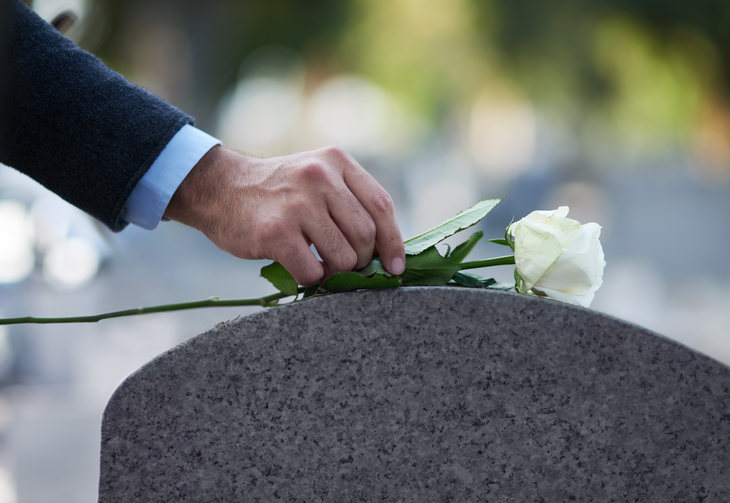 About 10 years ago National Public Radio broadcast a series of essays called “This I Believe.” Some of the essays were by famous people, others by people I had never heard of. The one I remember best was called “Always Go to the Funeral.” It was funny, moving, unexpected, with a message simple and practical.

That essay often pops into my mind, usually when I am on the way to a funeral. Recently, I realized I would make one small adjustment to its pithy advice. “Do it for the family,” the essayist Deirdre Sullivan recalls her father instructing her when he dropped her 16-year-old self off at the funeral service of her fifth-grade teacher. These days I would say, “Do it for yourself.”

Cheerfully attending to whatever unwelcome task crops up is not to my mind a common or even natural trait in human beings.

Funerals are instructive. I learn things I never knew about the person who died, things that make me think more about how they lived and what their lives say about their faith and values. A recent funeral service for Mr. Bliss—a man I knew almost all of my life, though never well—surprised me when a daughter described her father as a man so meticulous and methodical that he never lost his keys, wallet or sunglasses. She then shared that Mr. Bliss happily did any job that needed to be done at his home or office. Cheerfully attending to whatever unwelcome task crops up is not to my mind a common or even natural trait in human beings. I had always found Mr. Bliss a friendly soul, but I came away from his funeral persuaded that he was something more: a formidably organized, well-disciplined personality who had attained an equanimity of spirits as rare as it is impressive. When I learned that among the many items he never lost was his temper, the word “saintly” crossed my mind.

Last month I attended my aunt’s memorial service. There was never a question of my not going to this service. For one thing, she was my aunt, and I only had two of them. For another, she was a star. She and her husband lived 600 miles away in Denver, where they moved in a constant whirl of activity. They were a great couple. He was witty and quick, with deadpan humor and superb timing. She was warm and vivacious. They both liked a good time and had one. One of my cousins said she thought of putting on her mother’s tombstone: “She sure had fun.”

People’s lives testify to their beliefs as much or more than their words.

I wish I had asked my aunt what she believed. I wonder what she would have said. But she was not one for introspection or philosophizing. She lived in the present. Empathetic and emotional, she was also pragmatic and levelheaded. Nobody teared up more quickly about the misfortunes of friends or strangers alike than her. And yet she was not lachrymose or depressed but energetic and vital. An innate joie de vivre drew people to her. She loved meeting them and connecting them to others. At the memorial reception hosted by her children there was much discussion of “The Claw,” the hand that descended on your forearm and firmly grasped it as she steered you toward a person she was convinced you needed to meet because he or she was in the same line of work or had a daughter or son who was or had just returned from a spot where you were going or knew something you would want to learn.

Saint or not, Dorothy Day belongs on the stage of American theater.
Margot Patterson

People’s lives testify to their beliefs as much or more than their words. Their habits paint a picture of what they really put stock in: friendship or an ideal of excellence or security or wealth or whatever it is that animates them. Hearing a eulogy at a funeral nudges me into thinking about my own conduct. It is a lesson in life, one bigger than I will ever fully grasp.

Listening to friends and family members talk about the person they have lost, I know that I am tuning into the last few bars of music, the faint receding chords of a symphony that I have largely missed. The conductor has put down his baton; the music has ceased, but everyone at the funeral is still caught up in the spell of what has been played. There is a sense of mystery that draws me in. It is in that mystery we honor wherein my faith and the faith of the dead meet briefly in communion.