The good works of churches often go unnoticed by Americans

The good works of churches often go unnoticed by Americans 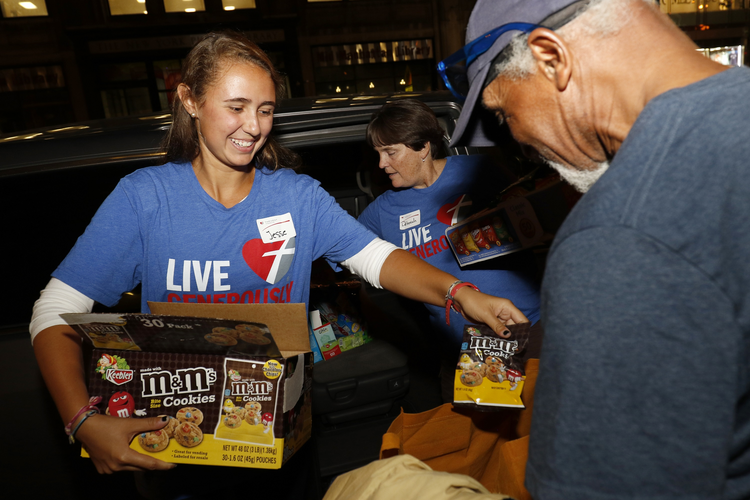 (RNS)—At least half of Americans realize that churches feed and clothe the poor but far fewer are aware of other social services that congregations provide, a new study shows.

LifeWay Research found that 60 percent of Americans know of churches that have fed the hungry in the last six months. Half knew of instances where they provided clothing to the poor.

“Unless you’ve received help from a church—or been involved in serving others—these kinds of programs may fly under the radar,” said Scott McConnell, executive director of the Nashville, Tenn.-based evangelical research firm.

About a third of Americans knew of churches’ work to help disaster victims (39 percent) and shelter the homeless (33 percent). But only a quarter were aware of church members visiting prisoners (25 percent) or offering after-school programs (24 percent).

An Advent encounter with the cold and hungry Christ
Tim McCabe, S.J.

Though the Bible speaks of clothing the naked and feeding the hungry, a significant number of Americans haven’t heard of churches providing any of the 13 service programs cited in the study. And 17 percent were not sure.

Researchers were not surprised to learn that people who frequent churches were more aware of these activities.