A New Form of Collaboration 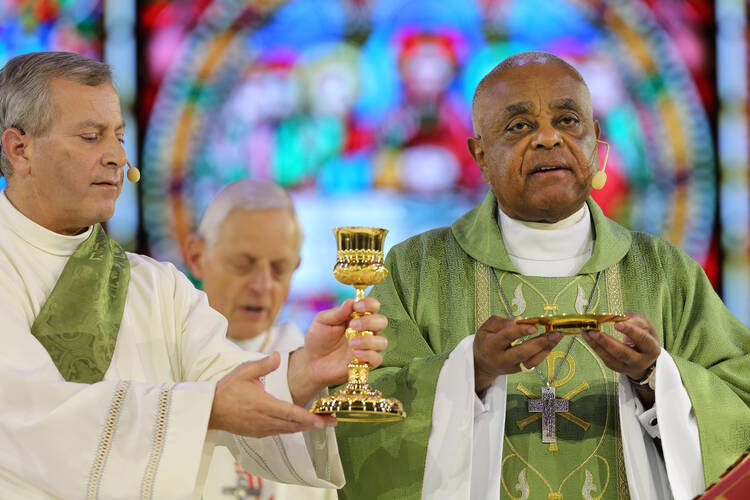 Over the long Fourth of July weekend this year, 3,500 U.S. Catholic leaders, including approximately 160 bishops and 200 Catholic organizations, spent several days in Orlando, Fla., reflecting on the current state of Catholicism in this country—and its future. The Convocation of Catholic Leaders was five years in the making and was called for by the U.S. Conference of Catholic Bishops in order to “convene, challenge, and motivate Catholic leaders to embrace the full vision of what it means to be Catholic and fully engaged in the Church's mission of evangelization and to proclaim the Church’s vision of the human person.”

The convocation was inspired in part by “Evangelii Gaudium,” where Pope Francis writes that “the Church expresses her genuine catholicity” in its “diversity of peoples.” Leaders in attendance sought to represent various ministries and regions and engaged with one another in a forward-looking, joyful manner. Notably, the voices of laypeople were featured across a number of topics; issues related to Latino Catholics were given a prominent position at the conference; and deaf Catholics, black Catholics and Native American Catholics were also represented.

America’s national correspondent, Michael J. O’Loughlin, noted in his article about the event: “The intent [was] to avoid the tendency of some Catholics in the United States to splinter into two camps, those who protest abortion and identify as ‘pro-life Catholics’ and those who focus on issues such as the economy, immigration and health care and often identify as ‘social justice Catholics.’”

The church is discerning its mission for the 21st century. These Catholic leaders got together to talk about it.
Kerry Weber

“Evangelii Gaudium” offers a different vision. In this apostolic exhortation, Pope Francis states the need for the church to care for the vulnerable, which includes the poor, the disabled, the aged and “unborn children, the most defenseless and innocent among us,” whose defense is “closely linked to the defense of each and every other human right.”

The national convocation deserves praise as a new form of inclusive collaboration for the U.S. church. “The Gospel, my friends, sisters and brothers, is not...to be co-opted to advance any ideological position,” noted Dr. Hosffman Ospino of Boston College in his plenary address. “The Gospel is a message of life and communion.”

Why don't we NOT categorize segments of the church? Maybe just leave out Sociological terms, and see us as Jesus does, selfless and selfish. -Dr. Mary