Making it in the (secular) (white) media as a Catholic Latina

Making it in the (secular) (white) media as a Catholic Latina 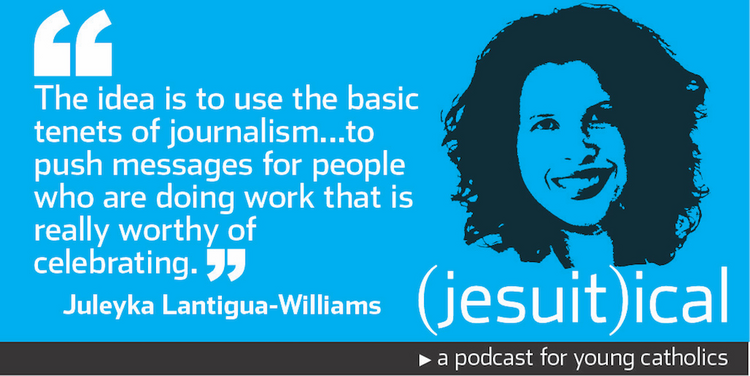 This week, we talk Latina identity, journalism and more with Juleyka Lantigua-Williams. She is the former senior supervising producer and editor of NPR’s Code Switch and a former staff writer at  The Atlantic. She has covered issues ranging from women’s rights at home and abroad, environmental justice, U.S. immigration policy, poverty, maternal health, early childhood development and demographic changes. Lantigua-Williams is also the founder of Lantigua Williams & Co., a production company that seeks to amplify the “voices of organizations, people and projects that have a real sense of social justice.”

In Signs of the Times, on his 25th anniversary as a bishop, Pope Francis told members of the College of Cardinals, “We are grandfathers called to dream and to give our dreams to the young people of today.” Can state funds be used in religious schools? According to the Supreme Court’s ruling in Trinity Lutheran Church v. Comer, the answer is (a qualified) yes. Finally, it’s been a year since the creation of the Global X S&P 500 Catholic Values ETF. We discuss what it is and how comfortable Catholics should feel when venturing into the stock market.

You can subscribe to Jesuitical on iTunes. While you’re there, please leave us a rating and review! Also, tell everyone you know about Jesuitical, from your friends and roommates to your eucharistic minister and your Twitter followers.

No church for old men: Cardinals called to be grandfather, pope says

On Being a (Latina) journalist