Love on the Margins: What Catholic interfaith couples share with the divorced and remarried 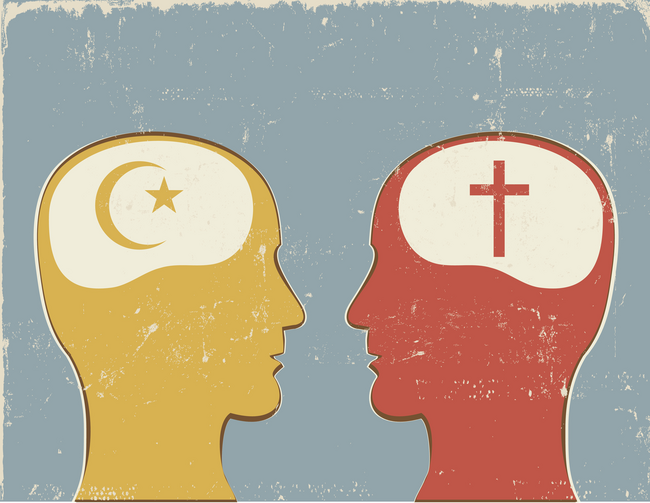 I recently attended a service held for of an old neighbor who passed away and was shocked to learn that she was Catholic. Laid out in the boarding school of her youth, it was a poignant goodbye with the religious sisters and her Muslim husband and children around her in prayer. I do not know if her birth family was present. I did not see a priest, so I am guessing she did not receive a Christian burial. What I do know is that my heart burned within me as I recalled my insensitivity to her frequent lighthearted comment that she was “half-Catholic” because of her Catholic schooling. I never followed up on this hint she offered.

I can empathize with her reticence to share her truth. Married to a Hindu, I often found myself in a similar predicament with regard to my children, who went regularly to Mass and Sunday school but were not baptized. Our secrets may have been different, but our fear of public censure was the same.

Their invalid marriages put these Catholics on the margins of the church.

There are many stories like my neighbor’s—of women in interfaith marriages who married outside the Catholic Church because their spouse did not agree to the baptism of their offspring or did not want a church wedding or wanted a wedding according to their own religious rite. Their invalid marriages put these Catholics on the margins of the church. Even though they are baptized and in legal, stable marriages, they cannot receive the sacraments. The result is a relationship with the church that is frequently marked by humiliation and pain, exclusion and longing, fear and stealth.

Some Catholics in interfaith marriages stay away from the church either because they are unwilling to face the embarrassment of rejection or because they are afraid that the demands of the church may jeopardize their “irregular” marriage. But their desire to derive spiritual sustenance from the only God they know persists. And so some enter empty churches clandestinely, while others receive the sacraments in parishes where their marital status is unknown.

Pope Francis has taken a step forward by stressing the need to provide special pastoral care for those in interfaith marriages.

The two recent synods of bishops on the family, which brought to the fore the concerns of the divorced and remarried made me realize how much these couples had in common with Catholics in interfaith marriages. Both stand on the margins of their faith communities with their legal—but canonically invalid—nonsacramental marriages and their unbaptized children. Both are ostracized from the ecclesial community. Both suffer from and pose a challenge to the church’s understanding of the sacraments. Similar questions can be asked of both: How is God’s mercy proclaimed to you? How does the church put into practice her support for you in your journey of faith? Could a change in canon law help you to more fully practice your faith?

Remarriage, Mercy and Law
The Editors

In his postsynodal letter, “Amoris Laetitia,” Pope Francis has taken a step forward by stressing the need to provide special pastoral care for those in interfaith marriages and by recognizing these unions as a “privileged place for interreligious dialogue in everyday life.” But the church could go further by applying much of what the pope’s letter advocates with regard to the divorced and remarried to Catholics in interfaith marriages. Asian churches in particular, where such marriages are on the rise, need to remember that even if these couples are not married in the church, “they are not excommunicated and...should not be treated as such.” Pastoral care should allow them “not only to realize that they belong to the church as the body of Christ, but also to know that they can have a joyful and fruitful experience in it.”

If this is to happen, the church has first to acknowledge its responsibility to these alienated Catholics to provide “spiritual help to fulfill their obligations” and “foster the unity of conjugal and family life” (Canon 1128). These Catholics themselves must be viewed as facilitators of grace who make Christ present outside the walls of the church instead of as “lost sheep.” And their decision not to get married in the church must be accepted not as a choice againstthe Christian faith but as a choice for the unity of their marriage. 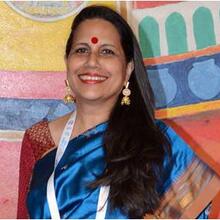 Astrid Lobo Gajiwala is part of the Catholic Women Preach initiative and has been interviewed on Vatican Radio about her work in the Indian Catholic Church. She has collaborated with the Federation of Asian Bishops’ Conferences, the Catholic Bishops’ Conference of India and Bombay Archdiocese on women’s issues. She established India’s first tissue bank at Tata Memorial Hospital in Mumbai and has taught at St. Pius X College and the Jesuit Regional Theologate in ‎Gujarat‎.

A great article shining a light on irregular marriages. There are also many marriages where one spouse is a Catholic and the other a non-Catholic. Consider this: Both spouses agree to raise their future children in the Catholic faith, and both agree to a marriage in a Catholic Church. They also agree to get married in a non-Catholic Church, Mosque or Jewish Synagog that is the faith of the non-Catholic spouse. Assume that the non-Catholic spouse is not baptized but the local bishop provides an exception which they can. Such a marriage is a legitimate marriage in the eyes of God, but may not be technically a 'Catholic sacramental marriage'.

The Catholic Church considers this marriage to be a valid marriage in the eyes of God. The marriage is being held in a Catholic Church and both spouse agree to raise future children as Catholic. However, there is no requirement that the non-Catholic spouse must convert to Catholicism. Both may intend and expect to practice their faith, but there is no mandatory requirement to do so. More importantly, if one or both spouses do not practice their faith (as their faith requires) does not invalidate their Catholic marriage. According to the Catholic Church, they are married in the eyes of God.

QUESTION & CONTRADICTION? What happens if the non-Catholic spouse divorces his Catholic spouse and abandons the family? If the Catholic spouse does everything to save his or her marriage but fails to do so, then it is my understanding that the Catholic Church morally permits the Catholic spouse to remarry based on the "Pauline Privilege". I may add that both Matthew and Paul have permitted 'exceptions' to the teachings of Jesus found in Luke and Mark about divorce and remarriage. If such exceptions were made in light of the culture, beliefs and specific situations that were prevalent in ancient times, then the doctrine on divorce and remarriage can be subject to a rethinking as well in light of new scholarship concerning Scripture and moral theology and the complex relationships we are struggling with in modern society.

I noticed the picture on top of your article shows two men, not a man and a woman. I think America Magazine should just go ahead and let Fr. Martin write your own Commandments and Canon Law. Very sad to see men of the cloth hiding behind a false mercy to advance sinful agendas.

I'll celebrate 50 years of marriage with my bride in December this year. She's Methodist, I'm Catholic. My parish priest passionately advise me to cancel marriage plans 50 years ago. It wouldn't work, he advised. I respect her traditions, attend her services, and frankly don't see an ounce of difference between her family background and mine, other than the accident of family denomination. Our children seldom attend church, but I consider them wonderful parents and responsible citizens. Beyond that, as a church organist/director, I've served about five Catholic parishes, three Lutheran, two Methodist and the UCC during my career. One more - directed Jewish High Holy Days once. All experiences were wonderful. To most staunch Catholics, I'm a failure. I'd change none of my life experiences and choose to respect the spiritual goodness in all people.

1
The Biden Communion debate shows the exhaustion of the U.S. church
Bill McCormick, S.J.
2
Sick of the Bishops vs. Biden Controversy? Just log off and practice your faith like a Medieval peasant.
Simcha Fisher
3
Catholics are talking past each other in the Biden-Communion debate
Sam Sawyer, S.J.
4
It’s legitimate to debate President Biden receiving Communion. But we should consider our own worthiness, too.
Gloria Purvis
5
Pope Francis welcomes prisoners to Vatican before they tour museums
Catholic News Service