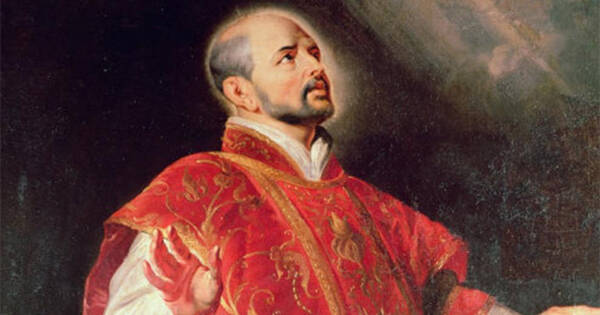 Howard Gray, S.J., is a retreat master and special assistant to the president at Georgetown University in Washington, D.C.He lectures regularly on Ignatian spirituality, ministry and the apostolic mission of Jesuit high school and universities. His writing on Ignatian spirituality has appeared in multiple places, including the Ignatian Spirituality web page hosted by Loyola Press.

Father Gray holds a doctorate in English from the University of Wisconsin. He has received five honorary degrees, the Georgetown Bi-Centennial Medal, the Jesuit Volunteer Corps Award and Xavier University's Leadership Medallion. He was the Vice President of the Major Superiors of Men from 1985 to 1988 and served on the team for the Papal Visitation of Seminaries in the US from 1981 to 1987.

I recently interviewed Father Gray by email about Ignatian retreats.

Many ordinary Catholics may not know what an “Ignatian retreat” means. How do you explain it to them?

A retreat in the Ignatian tradition is a process of prayer and reflection that follows the rhythm of revelation from creation, sinfulness and reconciliation to the life of Jesus; his passion and death; and his resurrection. The Ignatian retreat climaxes in a prayer that celebrates our participation in the loving engagement of God with the world (i.e., the so-called Contemplation to Attain Divine Love).

What’s your definition of a retreat?

A retreat is a focused encounter with God that centers on the quality of my personal response to God’s self-revelation in prayer and reflection.

What does “Ignatian” mean to you?

In the strict sense I understand the term as the tradition that emerged out of the experience of Ignatius Loyola and his early companions. In a wider sense I mean the tradition that follows the core of Ignatian teaching in the Exercises, the letters by or authorized by Ignatius and the Constitutions and the dictated Memoir (the Acta), as these were the foundation for interpretation of Ignatian spirituality through the ages. Recall Arrupe’s wise directive:  “[The Society is] not an inert body but a life which is transmitted and which opens new paths for itself. This task we have to be doing every day, and we come to understand the task in the measures that we do it. As St. Ignatius died he was still making and understanding the Society, more and more all the time.The task is ultimately a story, a story within the history of God’s dealings with human beings—itself part of the divine action.” In short, it is the ongoing process of adapting the tradition to our own graces and apostolic needs.

What’s the difference between a preached retreat and a directed retreat?

How is an Ignatian retreat different from other retreats a Catholic or Christian might make?

The Exercises are geared toward making a decision: a life choice, a reformation of a choice or a deepening and renewal of a choice already made. It’s the dynamic of the Exercises of a choice under the inspiration of God that distinguishes the Exercises from simply "a prayerful time of reflection.”

What are the best reasons for someone to make an Ignatian retreat, either preached or directed?

Why would someone want to make an Ignatian retreat today?

This again will depend on the history, temperament and past religious experiences of an individual. God calls in any culture, chronological moment or circumstance. People ask about the Ignatian retreat for a variety of initial reasons. The real discernment is to note how the reasoning for entering the Exercises becomes “rearranged” by the action of God during a retreat (annotation 15).

What’s your advice to someone who is making an Ignatian retreat for the first time?

Get rest, pray for an open and generous heart, and do some preliminary reflection like Psalm 23 or the first recorded words of Jesus in John’s Gospel: “What are you looking for?” and then “Come and see.” Gently engage a person’s desires for the retreat experience, be that retreat long or short.

What’s the purpose or goal of an Ignatian retreat?

What have been some of the major graces in your Ignatian spiritual ministry over the years?

To appreciate what Ignatius means by the love that descends from above, to see the importance of annotation 15 within the spiritual lives of people, the affection that Jesus has for the human and how the human realities of life guided Jesus’ presence among various personalities...

To see the unity of Ignatian spirituality in the Constitutions and the letters as well as in the Exercises.

What are some of the lessons you’ve learned from giving Ignatian retreats?

The wisdom of what my tertian director Paul Kennedy said years ago: “The indispensable trait of a good spiritual guide is lack of certitude.”

To live with the ambiguity of coming to accept that only God is God, the only absolute. It reminded me of the wisdom of Keats’s “negative capability.”

Often in teaching about the Exercises and the life of the Spirit, I urge people to read literature, good literature, in order to know all the metaphors available to us to understand the human heart and its yearning for “the more,” that is, God. Desires in the spiritual life are sometimes so buried under platitudes and easy moralisms that people do not face what they really want out of life. They mask their deepest intentions with slogans. The Exercises are prayers of finding one’s authenticity before God. This is what Ignatius meant by “pure intention.”

Show Comments (
1
)
Comments are automatically closed two weeks after an article's initial publication. See our comments policy for more.
Crystal Watson
5 years 11 months ago
A few years ago I watched a preached retreat by Fr. Gray - thought it was very helpful. https://youtu.be/5gMTEYHB130