The Metaphysics of Baseball: From April 4, 1992 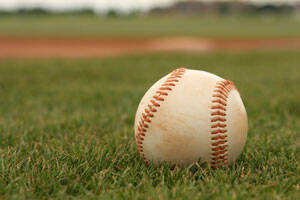 Everywhere the ancient rites of spring are being enacted: Americans line up at tax preparation centers; suburban power-mower blades are honed to a fine sharpness, and the crack of the bat is heard throughout the American land. Baseball season is upon us. The "national pastime" has occasioned more intellectual rumination than any other athletic endeavor in American--perhaps even world--history. Intellectuals and sports writers have turned the metaphysical implications of the game into something of a cottage industry.

Consider the following titles from the 1980's alone as representative: Why Time Begins on Opening Day and How Life Imitates the World Series, both by Thomas Boswell; or Green Cathedrals, Philip Lowry's study of baseball playing fields and stadia. As I write, three 1991 headlines about baseball from The New York Times are spread before me: "Give Me That Old-Time Religion," "The Altar Boys of Summer" and "Fundamental Things Apply: It's Baseball Time."

What is the quasi-mystical appeal of a game that can send even the most sedate commentators into such ecstasies?

Jacques Barzun's well-known essay in The Atlantic in 1954 insisted that learning the "rules and realities" of baseball could become a royal road for comprehending the "heart and mind of America." And no less a personage than Herbert Hoover pontificated that "next to religion, baseball has furnished a greater impact on American life than any other institution." In a now-famous monologue in the 1989 film "Field of Dreams," James Earl Jones insisted that "the one constant through all the years has been baseball."

What is the quasi-mystical appeal of a game that can send even the most sedate commentators into such ecstasies? As you read the commentators, you discover the frequent insistence that the sport encodes within itself much of the dialectic that marks the daily life of men and women on this fragile planet: individualism and community; quirkiness and predictability; wildness and control; realism and valor, venality and exaltation.

In a spicy and raunchy send-up of the game in the 1988 film "Bull Durham," the character played by Susan Sarandon goes so far in the opening scene as to elucidate a religion of baseball as the camera pans over candles and "icons." Not a religion in itself, of course, the sport does incorporate four components that also inform all the major religious faiths of the world:

Creed—A cosmology or comprehensive perception of the nature of reality beneath the mere seemings of life. Such a creed may be either explicit or implicit.

Code—An ethic or way of action and behavior consequent upon such a perspective or creed.

Ceremony—A set of rituals that provide worship, identity, formation and nurture for an individual and a society.

Community—A linking of individuals to one another, as well as to a wider world of transcendence or significance through ceremony and carefully tended and intended relationships.

How does baseball measure up to these four necessary—but not sufficient—components of the religious enterprise?

Creed/Cosmology
Baseball, as frequently noted by its philosophical friends, transcends time and space. It is not played against a clock, but creates its own time frame; its base lines stretch out, seemingly to infinity. Wrote Roger Angell, one of the major metaphysicians of the sport: "Since baseball time is measured only in outs, all you have to do ... is keep hitting, keep the rally alive, and you have defeated time. You remain young forever."

Baseball is about finality, the attainment of a place and goal designated "home." Comedian George Carlin encapsulated such a theme with his comment: "In football the object is to march into enemy territory and cross his goal. In baseball, the object is to go home."

Baseball, as frequently noted by its philosophical friends, transcends time and space.

Code of Conduct
Baseball, even though it is obsessed with records and statistics, makes allowances for, even anticipates, human weakness and fallibility. As a New York City graffito once reported: "Babe Ruth struck out 1,330 times." Or as current commissioner Fay Vincent (who elaborated on the power of the game in America on April 6, 1991) recently said: "What other game includes errors as one of the line items? We know people are going to make errors. No other sport acknowledges that."

The game neatly blends relaxation and intensity. This is as true in the stands as it is on the field. The baseball stadium may be one of the last refuges in America for relaxed talk among friends.

Baseball highly prizes certain human values such as accuracy, the quick mind, the steady eye and the ability to respond quickly to the unexpected. Yet it acknowledges violence as part of human behavior and causes such drives to be acted out (usually) in a civilized fashion. Thomas Boswell wrote that "the ancient inherited desire for thudding force ... has descended to the baseball bat .... Of all the inanimate objects in sports ... none is so intensely personal, so surrounded by lore as the ubiquitous Louisville slugger."

The baseball stadium may be one of the last refuges in America for relaxed talk among friends.

Ceremony
Baseball is suffused with something akin to what Catholics of another era were quick to define as "sacramentals," such as trading cards ("holy cards"), caps, jerseys and autographs (which are the most frequently sought "relics" of the game.)

Baseball has its own high holy-days (Opening Day, All-Star Game, World Series) and its shrines (Cooperstown, and some of those archetypal "green cathedrals" like Wrigley Field or Fenway Park) that bring a glaze to true fans' eyes.

Baseball games have incorporated into themselves an entire series of sub-rituals, from park ground rules down to the celebrity opening pitch and seventh-inning stretch. The very structure of the sport itself is filled with numbers long revered by religious traditions of the world: three strikes and outs; nine players and innings.

Baseball is suffused with something akin to what Catholics of another era were quick to define as "sacramentals."

Community
Baseball fosters loyalty, not only to a team, but to a city or metropolitan region. Each position on the field has its own "priest" in attendance with his own particular craft.

Baseball is saturated with narrative, anecdote and history as means of fostering identity and a community of continuity and memory. It holds up leaders of the past, both saints and sinners, as models and cautions to each new generation.

Baseball (despite its long, notorious exclusion of blacks until 1947) has functioned as an integrating factor in American life. Those at the bottom rung of the socioeconomic ladder have often made their own mark and a place of pride for their people through the game: e.g., Irish in the late 19th century; Hispanics in the last generation.

With the fall season, American fans turn their enthusiasms toward the gridiron, a field of play with its own unique power and significations. Baseball hasn't completely cornered the market on sporting metaphysics. But even as the new season turns, there will be those environmentally attuned baseball commentators eager to remind us that their favored game spreads itself obligingly over three seasons, from spring training to world series, somehow imitating agricultural cycles of the earth: planting, growth and harvest.

Even if baseball is not unique in the cosmic analysis sweepstakes, its writers have long given it a pride of place. Despite all the grumbling the old game and its astronomical salaries elicit, it still has hold of its millions of patrons by some mystical cord. Especially in the Catholic community, once nurtured on the writings of Hugo Rahner on play, or of Josef Pieper on leisure as the basis of culture, the metaphysics of baseball should have special resonance.

Even though baseball itself is not a religion, peoples of all faith communities in America may do well to discover parallels to their own task in that assigned by Thomas Boswell to his own favored sport of baseball in Why Time Begins on Opening Day: "Born to an age where horror has become commonplace, where tragedy has, by its monotonous repetition, become a parody of sorrow, we need to fence off a few parks where humans try to be fair, where skill has some hope of reward, where absurdity has a harder time than usual getting a ticket."