One honest prayer: Religion in ‘The Godfather’ and Mario Puzo’s other Mafia novels 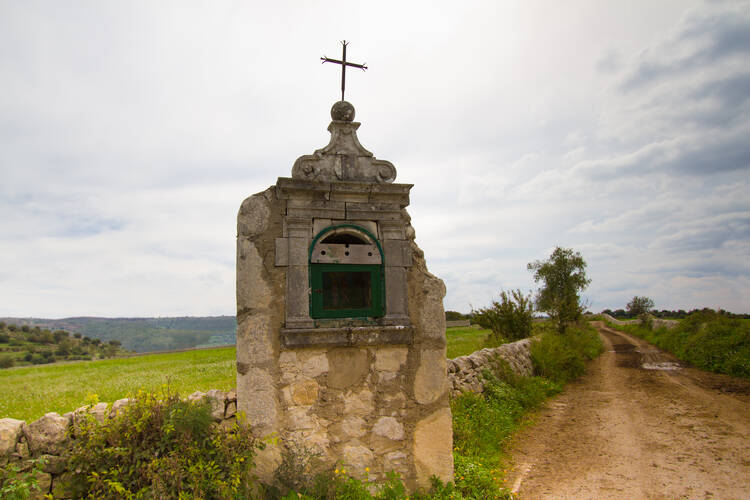 Before I met the woman who would become my wife, I hadn’t been to synagogue for many years—since my bar mitzvah, probably. After I met her and started getting interested in getting married, I sat in the synagogue again, watching the rabbi read from the scroll, the various men in their prayer shawls, and then a while later all the high ceremony of the Yom Kippur liturgy. The first thing that came to my mind, before starting to get to grips with the prayerbook, was how you could stage a series of Mafia hits intercut with the various confessional sections of the Yom Kippur service, just like the climactic sequence of “The Godfather.”

In Francis Ford Coppola’s famous film adaptation of the novel by the same name by another somewhat lapsed Catholic, Mario Puzo, the protagonist’s renunciation of evil at a baptismal service is famously intercut with the execution of all his enemies. Mario Puzo (as interpreted by Francis Ford Coppola) was a much more immediate source of reference for understanding the synagogue service than anything I had heard in Jewish public school or my own bar mitzvah, which had been held at my grandfather’s synagogue in Israel 20 years before. Mario Puzo and his innate skepticism were what accompanied me into the synagogue. I had to get past Mario to hear the Hebrew in the prayerbook and find something alive behind the rigmarole.

When Mario Puzo visited Sicily to research The Sicilian, perhaps he saw a world where people might still pray. Minor characters, at least.

In Puzo’s novel The Sicilian, there is one brief paragraph that refers to prayer. It is an assassin, a minor character, who stops by the road on his way to a dangerous meeting:

It was a beautiful morning; the fields alongside the road were carpeted with flowers. He was early for his appointment so he stopped by one of the roadside shrines for a cigarette and then knelt in front of the padlocked box that held the statue of Saint Rosalie. His prayer was simple and practical, a plea to the Saint to protect him from his enemies. On the coming Sunday he would confess his sins to Father Benjamino and take Communion.

What struck me reading this paragraph was that it was the only mention I could remember in any of Puzo’s books of a sincere prayer. Michael’s American wife Kay goes to Mass at the end of the novel and of the movie to light a candle for his immortal soul, but that is ritual, not a casual, almost intimate conversation of the kind you see here. His novels include a variety of corrupt clergymen; there is of course Michael’s insincere renunciation of a variety of sins as he serves as godfather to his sister Connie’s baby before assassinating her husband in the movie; and there is his (largely innocent) brother Fredo’s recitation of a Hail Mary as a charm to catch a fish just before being shot in his boat on Michael’s orders. But there is no daily prayer.

In The Sicilian, this assassin, in tune with his landscape, prays quite naturally and sincerely, and expects to be cleansed of his sin when he confesses the following Sunday. This could be a scene out of Shakespeare. It is the single acknowledgment of the prevailing belief of their community that is the backdrop to Puzo and Coppola’s joint exploitation of that ritual to suggest that all of American life is corrupt.

I do not mean to say they are necessarily mistaken in their observations about American life and business practices. Still, I remain struck that Puzo and Coppola were the first to depict this entire sphere of Italian-American life on celluloid and that Coppola expressed his ambition to get up on screen what Italian-American life was actually like, but this short paragraph of Puzo’s The Sicilian is the only acknowledgment of genuine spiritual life in all his pages. And it takes place in Sicily, not Brooklyn or the family’s long-sought-after promised land, Long Island.

Some 33 years after G.K. Chesterton finished his sequence of Father Brown mystery stories depicting a Catholic priest loosely based on the priest in Bradford who oversaw Chesterton’s conversion to Catholicism in 1922 (the year Puzo’s idol, another lapsed Catholic, James Joyce, published Ulysses), Mario Puzo seemed unable to imagine a world he knew directly where people still addressed the Almighty for any reason but empty ritual. When he visited Sicily to research The Sicilian, perhaps he saw a world where people might still pray. Minor characters, at least.

Perhaps Puzo feared if Don Corleone or his son Michael uttered an honest prayer they would not be considered American, or an everyman.

Puzo and Coppola should not be taken as bucking the trend in this. When Steven Spielberg first attempted to depict a religious urge, he made “Close Encounters of the Third Kind,” not a Jewish movie. But such things are not impossible. Harry Kemelman published twelve Rabbi Small novels from 1964 to 1996, the first of which, Friday the Rabbi Slept Late, was considered a huge bestseller, which is quite an achievement for a religious mystery novel to accomplish.

That book was made into a TV movie by NBC in 1976, followed by a TV series using the remainder of the books in 1977. Kemelman did not in any way strike the same chord in his explorations of Conservative Judaism that Puzo did in his depiction of Italian-American Catholicism. I only draw the comparison to note there was an audience for a crime novel that accepted faith as a part of everyday life in 1964 in the United States, just as there had been such an audience for Chesterton in the United Kingdom until 1936.

Small’s first attempt at a gentle depiction of small-town Jewish life was in fact a straight novel, The Building of the Temple, which he could not get published. It was only when the Crown Publishers editor Arthur Fields, who knew Kemmelman’s short mystery stories, suggested he graft a detective into his book about the Jews that the rabbi detective and his first murder to solve were born. And so Rabbi Small emerged, rather like Father Brown, out of a commercial genre as much as observation of religious life. But Kemmelman was not trying to say all American life was corrupt, and Puzo was.

Somewhere in Mario Puzo’s heart, at least when he looked around him back in the old country, there remained a suspicion that someone, even a killer, might trust somebody up there was listening.

It is, of course, much, much easier to depict corrupt friars like Molière’s Tartuffe than to find a way to dramatize an honest clergyman, though novelists like J.F. Powers, Alice McDermott, John Gregory Dunne and others have tried. Most people do not watch “Romeo and Juliet” for the depiction of the rather bumbling priest, Friar Laurence, who marries them.

At the same time, it is worth noting that while he is most famous for his depiction of that baptism ritual as being corrupted, Puzo could also depict such a different character—at the very least a killer who prays, like the killers in Shakespeare—and that at least outside of America, for him the world had not changed.

What he wanted to say was that America was corrupt, and people were willing to hear that in 1969 when his novel came out and in 1972 and 1974 when the movies were made. Puzo was willing to make his everyman Italian. Arthur Miller’s comparable everyman in 1949 had been Willy Loman in “Death of a Salesman,” an everyman you would not suspect in any word or action was a Jew. Perhaps Puzo feared if Don Corleone or his son Michael uttered an honest prayer they would not be considered American, or an everyman. Michael himself tells Kay in the novel, but not the film, that he would like their children raised Episcopalian, like her, to be “more American.” So to him at least, if not to Puzo, there is something un-American about being a Catholic. But he let his killer pray in The Sicilian.

Somewhere in Mario Puzo’s heart, at least when he looked around him back in the old country, there remained a suspicion that someone, even a killer, might trust somebody up there was listening. 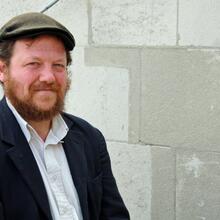 Atar Hadari is a poet, playwright and rabbi. His collections include Rembrandt's Bible, Songs from Bialik, Lives of the Dead and Gethsemane, which is forthcoming from Shearsman.