From 1981: John Kennedy Toole and the myth of fame 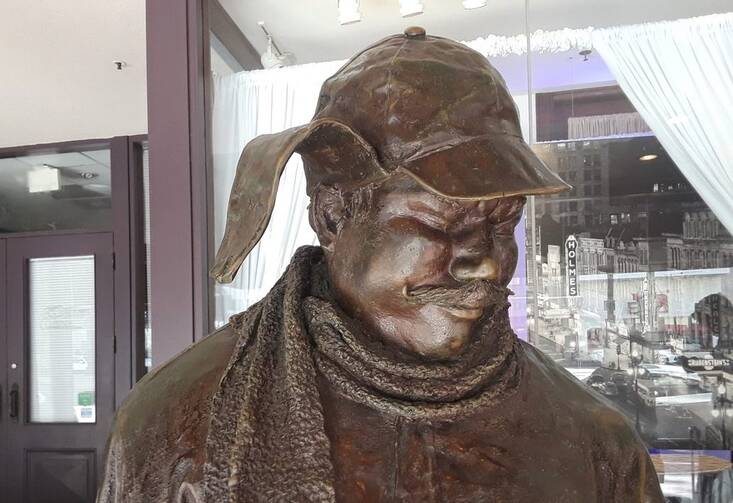 A statue of Ignatius J. Reilly, the protagonist of John Kennedy Toole's A Confederacy of Dunces, in front of the former D.H. Holmes department store on Canal Street in New Orleans (Wikimedia Commons).

Editor’s note: This article first appeared as “A Myth of Fame” in the May 2, 1981 issue of America.

The mythology of publishing and authorship is full of stories about manuscripts that have made the rounds of publishers for years, eventually to be picked up by an obscure publisher and then go on to become a best seller. This year's Pulitzer Prize winner for fiction is part of that mythology, but with a difference. John Kennedy Toole sent his novel, A Confederacy of Dunces, to only one publisher, Simon & Schuster, whose editor at the time cannot now recall the book or the author. After two years of revisions and delays, Toole asked for the return of his manuscript. Classically, only his mother had confidence in his book.

This story is a tribute to mother love, to Mr. Percy and to small presses, if not to the insight and daring of commercial publishers.

After the author had committed suicide, his mother, who attributes her son's suicide partly to depression over the book, tried several publishers. Finally she approached Walker Percy, the well-known novelist who was teaching at Loyola University in New Orleans. He accepted the worn manuscript with understandable misgivings, started to read it reluctantly, but then became enthusiastic and persuaded the Louisiana State University Press to publish it. To Mr. Percy's surprise, the book has sold over 45,000 copies, and the movie rights have been purchased. And now the Pulitzer Prize.

The story is a tribute to mother love, to Mr. Percy and to small presses, if not to the insight and daring of commercial publishers. The Pulitzer Prize will not help the author. No one will ever know whether he was a one book author or a great, stifled talent. The story has no moral, only a great joy for Mrs. Toole, and a great sadness.