From 1992: Fay Vincent on his ouster as MLB commissioner 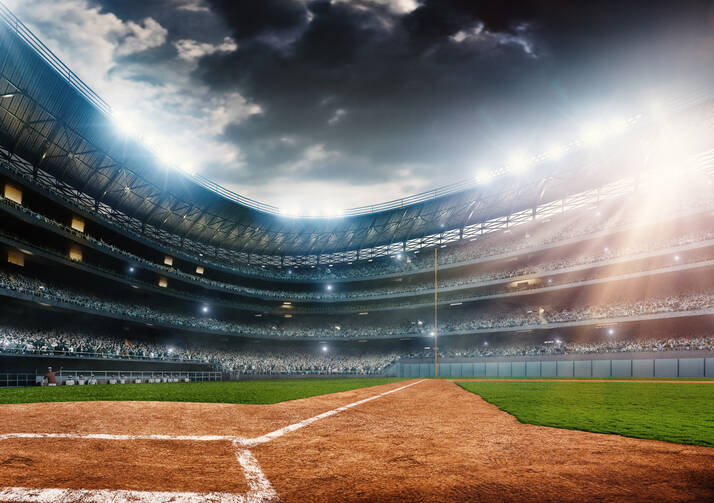 Editor’s note: This article originally appeared in America on September 19, 1992.

Ever since that bite of the tasty fruit, the way of the world has been that third-raters conspire to denigrate or oust first-raters in their midst. ’Twas ever so in playgrounds, factories, boardrooms, even churches, since the same Tree of Knowledge feeds the appetites of ignorance and stupidity as well.

This sad tale was retold again recently when a handful of dissident owners, alarmed at integrity and intelligence, persuaded some straddlers to vote “no confidence” in the Commissioner of Major League Baseball, Mr. Fay Vincent Jr. The vote was 18-9, with one abstention, requesting his resignation. Mr. Vincent originally intended to contest this dubious decision and fight to the end. Fortunately, he changed his mind, and his leave-taking was as dignified and forthright as his conduct in office has been.

Fay Vincent Jr. in America in 1992: "This latest turmoil and tumult will not destroy the game that fills our summers with the joy of wondrous play."

On Sept. 3, the very day of the “no confidence” vote, Mr. Vincent had the remarkable equanimity to compose some reflections—free of rancor, vengeance or despair—and send them on to America the following day. In his cover letter to me, he confided that this was his effort “to try to put all of the current mess in perspective. Newspapers want something provocative from me at this time, but I’m not interested. The enclosed is more appropriate from me at present.” This is the enclosed:

“From time to time, baseball fans must wonder and worry about the game we love. Once again, much is being written—if not shrieked—about problems with the game and even with its bureaucrats. But let me remind us all that baseball will survive; our grandchildren will have baseball to love and to introduce to their grandchildren, and this latest turmoil and tumult will not destroy the game that fills our summers with the joy of wondrous play.

“Why am I so confident? As usual, history provides solace. Over its long history, baseball has often been threatened. In its early years, there were economic problems, threats from new leagues (remember the American League was a menace until its assimilation in 1901) and later the most powerful threat of all in the form of the corruption of gambling. But because of the allure of the game, the strength of leadership by Judge Landis and finally the powerful appeal of Babe Ruth, the game persisted.

Fay Vincent Jr. in America in 1992: "Viewing the business of baseball is for most of us like looking at the sun; we can’t do it for very long."

“The off-field business issues affecting baseball are now, and always have been, important. Baseball has been for decades a duality in which the lovely romantic idealized game is paired with the grim realities of player compensation and owners’ operating profits and problems. Once the season is over, the business issues come to the fore, both in fact and in the media, and all of us are obliged to confront that portion of the game we cannot enjoy. Viewing the business of baseball is for most of us like looking at the sun; we can’t do it for very long. The problems are serious, and yet those of us inside the game must deal with them. Fans look forward to spring training precisely because the return of the game pushes aside the business problems. And that is how it should be.

“Now baseball is visited by more tough times. The current situation cannot, however, be permitted to obscure wonderful divisional races and superb individual performances by players. Let no one overlook the year Tommy Glavine is having in Atlanta, or the achievements of Mark McGwire in Oakland or, less well-publicized, the hitting of Juan Gonzalez in Texas, who now has hit 39 home runs. Sure, there have been the disappointments of high-priced stars who have been hurt, and some clubs with huge payrolls have gone nowhere. But attendance is just about even (down less than 1 percent) with the record level of last year, and the glorious new ballpark in Baltimore has captured its proper share of attention and acclaim. In all, it has been a normal summer, full of warm nights at the ballpark where the game takes over from the other stuff. We cannot forget that through all the shouting and the lawyering and the headlines, the game will prevail.

“Perhaps all of us should know better. After all, the game remains essentially unchanged. And when it has been altered via the D.H. [Designated Hitter], or with artificial turf, or with the domed stadiums, our game retains the most sublime challenge in all of sports... that of hitter confronting pitcher. It is that moment when José Canseco faces Roger Clemens that defines baseball and our love for it. It is that moment to which we are addicted. And it is that moment our grandchildren will also come to love. All else will be lost to newspaper archives and historians. What is real and true and essential cannot be diminished.”