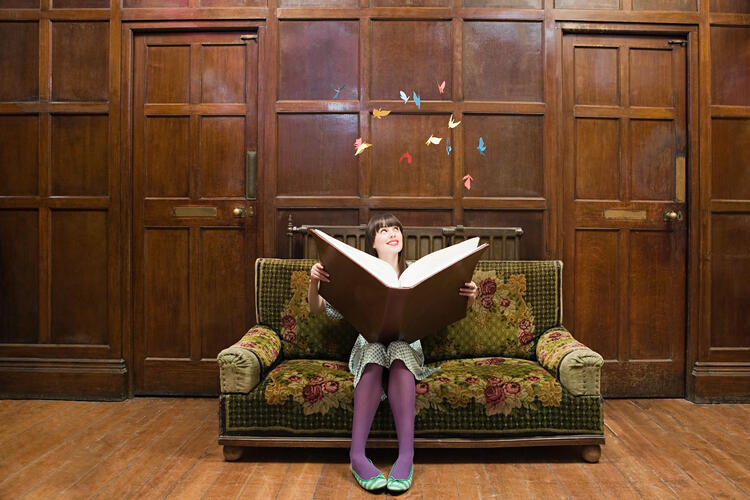 Is there a book you first encountered as a child that you read time and again? If so, consider yourself blessed. “A classic is a book that has never finished saying what it has to say,” said Italo Calvino in The Uses of Literature. If you’ve stopped reading books you loved when you were young, don’t you miss the peace that a good story left behind in your soul? Books from our childhood can still do so much good work for us.

“Think of children’s books as literary vodka,” Katherine Rundell writes in Why You Should Read Children’s Books, Even Though You Are So Old and Wise. Children’s fiction “helps us refind things we may not even know we have lost.” It takes us back to a time when “new discoveries came daily and when the world was colossal, before the imagination was trimmed and neatened.”

Why, then, do most people stop reading children’s books they loved once they come of age? I have heard five main arguments, and I don’t agree with any of them.

Children's books take us back to a time when “new discoveries came daily and when the world was colossal, before the imagination was trimmed and neatened.”

First, we are told these books are no longer worthy of our time because they were written in eras defined by such social scourges as racism and colonialism. It is true there is no way around the outdated mores in most of the books we read as children. Cultural and historical context matters; the problem is that when we are in it as writers, both now and in the past, it shapes us morally—for better and worse—and it is hard to see how. Cultures and eras, like individuals, are marred and beautiful at the same time.

To widen the narrow vision of our own perspectives, we can cross borders of race and culture and learn from a range of diverse storytellers. But to widen the narrow, limited vision of our own era, we may—dare I say, must—also cross borders into the past to receive stories created there as well. As the editors of The Atlantic posited with regard to publishing poems written by dead people, “Sometimes we need to turn to the past to help make sense of the present.” As we revisit old books along with fiction created in the heat of our moment, it becomes easier to discern—and if needed, resist—subversive messages, and to teach the next generation to do the same.

Second, some people look down on children’s books, both classic and contemporary, as a genre that is less literary than books for adults. To me, the opposite seems true. Some “grown-up” award-winning novels seem written to display the author’s intellectual prowess, mastery of language and depth of thought. Children see right through that kind of pretension. They want the author to step aside and give the reader direct access. Storytellers in this genre have to create heroes’ journeys with page-turning plots, characters that come alive and a strong sense of place that transports readers into another reality. To do this, we must become ruthless eradicators of verbal fluff and restrainers of intellectual vanity.

Third, we might have stopped reading children’s books because we are embarrassed to be associated with children’s activities. But there is no valid reason for shame. “There are good books which are only for adults, because their comprehension presupposes adult experiences, but there are no good books which are only for children,” wrote W. H. Auden. So cast aside fear and carry that children’s book boldly with you on public transportation, in the cafe or on holiday.

“Is there any call for comment, if an adult reads them for himself?” asked J. R. R. Tolkien in a lecture titled “Fairy Stories.” “Reads them as tales, that is, not studies them as curios. Adults are allowed to collect and study anything, even old theatre programmes or paper bags.”

C. S. Lewis, as was his wont, took on critics of children’s literature head on:

Critics who treat “adult” as a term of approval, instead of as a merely descriptive term, cannot be adult themselves. To be concerned about being grown up, to admire the grown up because it is grown up, to blush at the suspicion of being childish; these things are the marks of childhood and adolescence. And in childhood and adolescence they are, in moderation, healthy symptoms. Young things ought to want to grow.

Further, Lewis is unapologetic about his own love for fairy tales:

But to carry on into middle life or even into early manhood this concern about being adult is a mark of really arrested development. When I was ten, I read fairy tales in secret and would have been ashamed if I had been found doing so. Now that I am fifty I read them openly. When I became a man I put away childish things, including the fear of childishness and the desire to be very grown up.

All stories, not only the ones written in the past for children, are transmitters of morality.

Not at all. Stories are by nature didactic. George Orwell was blunt about this in his essay “Why I Write”: “No book is genuinely free from political bias. The opinion that art should have nothing to do with politics is itself a political attitude.” D. H. Lawrence agreed, saying, “The essential function of art is moral...a morality which changes the blood, rather than the mind.”

All stories, not only the ones written in the past for children, are transmitters of morality. Stories for children might be more powerful because a child has less capacity to discern and resist moral agendas, but the fact that they are aimed at children doesn’t make them more didactic. And far from being simply “moral pap for the young,” as Louisa May Alcott deprecatingly described her own stories, Rundell points out that children’s books—whether penned by authors now dead or still alive—are actually more subversive, because they are “written to be read by a section of society without political or economic power.”

Fifth, literati are suspicious of stories with happy endings. Have you noticed that authors of “serious” fiction (read: for adults) seem abnormally fond of writing depressing endings? Many of today’s award-winning novels for grown-ups should be labeled with a warning: Not suitable for an upbeat beach holiday. In contrast, good stories for children, after taking us through a hero’s journey fraught with danger and loss, leave us with hope. Why is building hope considered less of a literary achievement than crushing it?

Because of this hope, books for children are also likelier to be reread than any other kind of book. As Lewis wrote in his essay “On Three Ways of Writing for Children,” “Where the children’s story is simply the right form for what the author has to say, then of course readers who want to hear that will read the story or reread it at any age.”

Why is building hope considered less of a literary achievement than crushing it?

Each time I reread a novel I loved as a child, the encounter is richer and deeper, perhaps because I myself am changed as a reader. Like aromatic leaves that eventually turn water into tea, so those stories changed my psyche. But the process takes time. Madeleine L’Engle told a class of fourth-graders in 1985, “The great thing about getting older is that you don’t lose all the other ages you’ve been.” When we reread books, we encounter them as all the ages we have been as well as the age we are now. Our souls are steeped in stories.

Rereading also slows us down in the reception of a story, making room for the good work of loving transformation. “Love has its speed,” writes the theologian Kosuke Koyama in Three Mile an Hour God. “It is a different kind of speed from the technological speed to which we are accustomed. It goes on in the depth of life at three miles per hour. It is the speed we walk and therefore the speed the love of God walks.”

I try to replace a smartphone on my nightstand with a book I loved in childhood because the last place my mind dwells before sleep is crucial. Why not feed my unconscious soul with the goodness of a story instead of a depressing sweep through the headlines of the day? And if it’s a reread, even better, because the words and story are grooved more deeply into memory.

When we reread books, we encounter them as all the ages we have been as well as the age we are now. Our souls are steeped in stories.

“The Web provides a convenient and compelling supplement to personal memory,” wrote Nicholas G. Carr in his prescient book The Shallows: What the Internet Is Doing to Our Brains. “But when we start using the Web as a substitute for personal memory, bypassing the inner processes of consolidation, we risk emptying our minds of their riches.” Like memorized poetry, children’s stories that we know inside and out, even to the point of remembering passages by heart, may be mined as treasures by our sleeping brains. Rereading is deep, slow reading, and the practice is a necessary counterbalance to the intake of information gained from a shallow, quick bounce around the internet.

What's on your child's summer reading list?
The Editors

“I am absolutely not suggesting adults read only, or even primarily, children’s fiction,” writes Rundell. “Just that there are some times in life when it might be the only thing that will do.” In a review of Rundell’s essay, the critic Jo Hemmings sums up the gift that children’s books bring to readers: “[Rundell’s] argument is that sometimes adult literary fiction does not help. The old narratives, most commonly seen now in children’s books, are the ones that best record human vice without despair. As she puts it, ‘Children’s fiction necessitates distillation: at its best, it renders in their purest, most archetypal forms hope, hunger, joy, fear.’”

Even laden with errors that were embedded in their eras, books we loved as children are an excellent source of refreshment for tired old souls, especially when we are blinded by our own divisive and despondent age. 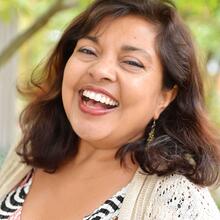 Mitali Perkins is the author of many books for young readers, including You Bring the Distant Near, a National Book Award nominee, and Rickshaw Girl, which has recently been adapted as a film. Her next book for children is Bare Tree and Little Wind: A Story for Holy Week. This article is adapted with permission from the introduction to Steeped in Stories: Timeless Children’s Novels to Refresh Our Tired Souls.

@MitaliPerkins
Show Comments ()
Join the conversation: Login or create an account
Before you can comment, you need to update your profile to include your first and last name, as required in our comments policy. Then reload this page and you'll be set up for commenting. Update your profile