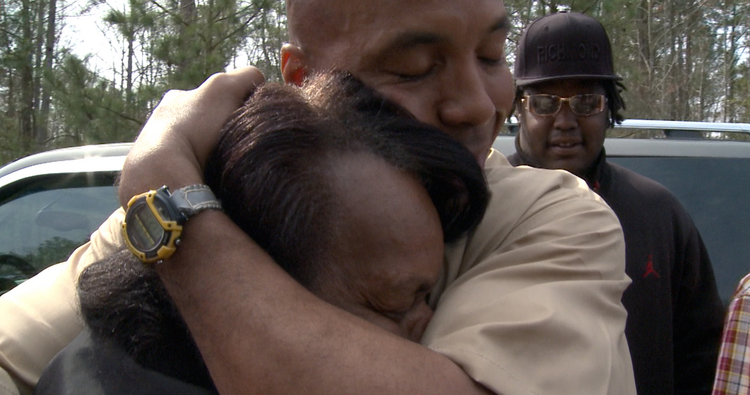 There is not much debate about who the good guys are in “The Innocence Files.” A nine-part, nonfiction Netflix series about true crime, injustice and redemption, the series involves cases resolved by the Innocence Project, the New York–based nonprofit whose lawyers are devoted to freeing the unjustly imprisoned. Which they do. Case, so to speak, closed.

But as fulfilling as the series can be in an emotional sense—with the innocent exonerated, the righteous vindicated, the faithful affirmed—it is also a tantalizing, unresolved exploration of the nature of evil. Where does the devil reside? In the crimes themselves? Yes, and the details can be harrowing. But racism and poverty are vectors of injustice: Few of the people whom the Innocence Project takes on as clients have the financial or educational background to fight the inept and/or purposefully mishandled prosecutions that sent them to prison, even to Death Row. In many instances, the cases are so flimsy they would have fallen apart had the accused had marginally competent representation or the wherewithal to get it. When someone refers to a “foul” system, he is not talking only about law enforcement and prosecution.

When someone refers to a “foul” system, he is not talking only about law enforcement and prosecution.

Is there evil in an erroneous eyewitness statement? Picking the wrong guy out of a lineup? Maybe not. Victims, as acknowledged by the Innocence Project’s Barry Scheck and Peter Neufeld (who founded the organization at the Cardozo School of Law in 1992), can just be wrong. Or traumatized. Or manipulated. Or desperate for vengeance to a degree beyond their own understanding. What gets morally sticky for the viewer are the motives of people entrusted with enforcing our laws, whose careers are based on putting people in prison, and how far they are willing to go to do just that—and to not undo it, even when they have been wrong.

The first two episodes in “The Innocence Files” (the series’ directors include Alex Gibney and Roger Ross Williams, both Academy Award winners for documentaries, and Oscar nominee Liz Garbus) concern two Mississippi men, Kennedy Brewer and Levon Brooks, who were both convicted of almost identical crimes in the same vicinity. No one recognized (or chose to recognize) that the crimes might be related: Both involved 3-year-old girls taken through a bedroom window, sexually abused and drowned. When the second crime occurred, Brooks was already in prison for the first. You need not have watched 900 episodes of “Law and Order” to detect that something was amiss.

You need not have watched 900 episodes of “Law and Order” to detect that something was amiss.

And yet, the prosecutor, Forrest Allgood, was backed up by science—junk science, in the opinion of the Innocence Project. Dr. Michael West, a prominent “forensic odontologist,” testified in both cases that the suspects were guilty on the basis of bite marks left on the victims, and he becomes one of the more fascinating specimens in the series. Defiant in the face of any logic or contradictory evidence, abusive toward the opposition, “folksy” in the worst possible way, West defends a means of identification that has been almost entirely debunked as a tool in criminal prosecution. (Along with false identifications and forced confessions, forensics has been a major factor in unjust convictions, the Innocence Project says; DNA evidence has been a major factor in their reversals.) Purely in terms of documentary interviewing, what Williams gets out of West is gold.

The series is like that, maintaining in its audience a near-intoxicating level of indignation, along with righteous satisfaction and the comforting suggestion that the system can actually, finally, work, even if the innocent has spent decades behind bars. But it is also depressing and makes one think the entire system is ripe for overhaul. Which is really the point of the series. Not all prosecutors are elected, but most are, and they are judged by the voters on their conviction rates. Expert witnesses are hired by prosecutors, and paid, by the same criteria. Their mutual interest does not lie in putting the right people away, but simply in putting people away. One of the things the “The Innocence Files” makes crystal clear is how very good at that they are.